The church is responding to the Syria-Turkey earthquake, GIVE NOW!
Make A Donation Click Here >
Home › Diversity isn’t inclusivity, says the Presbyterian Mission Agency’s manager for diversity and reconciliation

Who is really in your inner group? 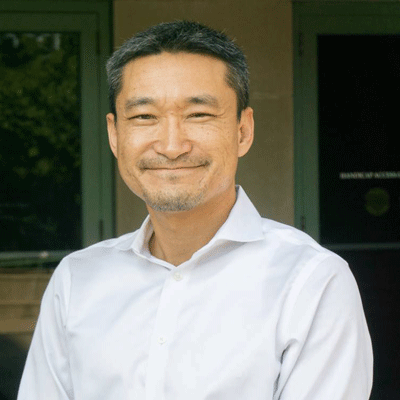 While there’s been a lot of talk about diversity and inclusivity, the one conversation that is needed is how often diversity is mistaken for inclusivity. The two are not the same.

As Presbyterians, when looking for guidance to our questions, we turn to Scripture seeking answers in the life Jesus modeled. There we see how Jesus’ entourage had a diversity of gender from the start, which is a good thing.

Matthew 27:55 tells us that “Many women were also there, looking on from a distance; they had followed Jesus from Galilee, ministering to him.” But Scripture also shows that Jesus’ inner circle was men only. Jesus’ entourage looked like the most diverse gathering of any movement, but when it came to the core, it was your typical boys’ club. This is diversity without inclusion.

This precedence held (and continues to hold) captive the imagination and polity of church leadership as many denominations still prohibit women in leadership roles. The Presbyterian Church (U.S.A.) started ordaining women in 1956. Yet there is still inequality between the genders.

This past spring, while attending a Presbyterian church anniversary, a woman shared that when she joined the church in 1975, elder nominations started by filling the list with men’s names. As a result, the woman never imagined herself sitting on session. She found herself subconsciously excluding herself from full participation in the community. This is how exclusion continues its existence without much protest: Those excluded exclude themselves. After I graduated seminary, I applied only for Korean church positions. I didn’t knock on white congregations’ doors. The door doesn’t have to be locked to keep people out.

As for Jesus and his inner circle of disciples being male, we shouldn’t be “anachronistic” with our morality, judging ancestors by our standards. Jesus lived in a culture that was patriarchal. I lift Jesus and the Twelve because what they took for granted is exactly how we fail at inclusion. We don’t explicitly exclude people, which is why it’s hard to catch.

There’s no denying that Jesus’ followers created a group that was revolutionary for the time. You had poor fishermen whom no self-respecting rabbi would pick up as their disciples. You had a zealot with the privilege of education thrown in with a tax collector as well. You’d think a fight broke out every night at their campouts. This example of diversity was never seen. But that is how we excuse our exclusion, by pointing out the diversity already at our tables. We think we are already “inclusive,” so we rationalize that those “others” who are not in are not in for good reason. Our iterations of exclusion are many and subtle.

As Presbyterians desiring greater inclusion, we will continuously need to question every policy and practice, asking, “Who is this excluding?” It’s not just a question. It’s a posture of repentance.

The Rev. Samuel Son is the manager for diversity and reconciliation for the Presbyterian Mission Agency.