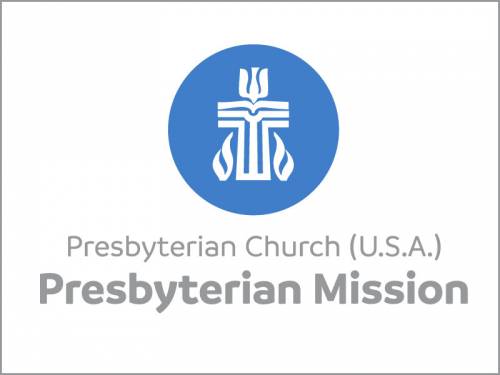 LOUISVILLE — The Presbyterian Mission Agency Board (PMAB) held a nearly 2½-hour conference call yesterday to discuss a proposal by its Governance Task Force (GTF) in light of recommendations made to the structure and operation of the agency’s corporate function — commonly referred to as the “A Corp” — by the All Agency Review Committee (AARC) and Way Forward Commission (WFC).

“Leave our hearts and minds open to a miracle,” the Rev. Dr. J. Herbert Nelson, II, prayed at the opening of the meeting, recognizing the various proposals that exist on how to best govern the corporate function currently shared by the Presbyterian Mission Agency and Office of the General Assembly.

Representatives from the WFC, including its moderator Mark Hostetter, along with moderator of the AARC Deborah Block joined the call to listen and provide detail when requested.

“I feel we are at more of a beginning than at an end of the process,” Block said of the current discussion regarding the A Corp. “We are discovering and uncovering things that need more work. From the beginning of the All Agency Review, the scope of the task seemed unreasonable and untenable… We are on the front end of some much-needed trust building. I hope we could be less weary and less wary.”

Saying the Governance Task Force had met 44 times since it was formed in February 2016, Conrad Rocha, co-chair of the Governance Task Force, said the group had invited the WFC and AARC into its conversation, adding, “We soon learned this was not a collaborative process… [We were] not treated as peers in the negotiations to work toward a common set of goals, rather as a subordinate, with no assurance that the GTF concerns were being heard by the groups.”

Although representatives of the PMAB Governance Task Force were invited to a joint call with the AARC and WFC yesterday morning, Rocha said the group declined, saying it was “not an opportunity for negotiation and collaboration.”

While affirming the work of the AARC and WFC in providing a roadmap to analyze financial stability, translation service and ongoing review of the PC(USA), the PMAB said its concerns of board diversity, authority to direct mission objectives, authority to hire staff and its ability to engage the A Corp “in the ways needed to do the work of the Mission Agency” — including the administration of undesignated giving — were not represented by the AARC and WFC recommendations.

PMA Board chair-elect, Joe Morrow, affirmed the “discernment power of the board” and offered four options for moving forward with a recommendation for General Assembly 223 (2018), saying there were various ways to engage

Melinda Sanders, co-chair of the Governance Task Force, said she was proud of the board and its “willingness to hear that we needed to make changes and the desire to make those changes.” She also praised the board’s recognition of the needs for diversity, adding, “For a denomination that’s not considered very flexible you’ve been willing to embrace this experiment of organization and work out how our committee structure might best serve the church.”

PMA Board member Chad Herring raised five concerns with the recommendations made by the AARC and WFC, saying he had “absolute trust in the General Assembly” and dedicating to “adopt a tone of humility and collegiality with our sister agencies and the denomination.” Herring’s concerns are:

Point five, Herring said, “resembles a council of bishops found in other denominations, without the oversight of the General Assembly.”

Speaking to point one, he said another constitution of the A Corp board could be acceptable — possibly made up of the entire PMA Board and all CPGA members — or “another set of people who are not in fiduciary conflict with the operation of PMA and OGA.”

Following Herring’s presentation of concerns, several PMA Board members weighed in with their own misgivings.

“These documents don’t feel right,” said Warren Lesane. “My body started to act adversely — when my senses tell me something wrong, then something is wrong.”

“I am highly disappointed in there being no sense of collaboration between All Agency Review, Way Forward and our Governance Task Force,” said Nicholas Yoda. “General Assembly has entrusted us with a [mission] mandate, not for us to hand it to someone else to handle. I trust my fellow board members and the Assembly. And I want to trust what the GTF has brought to us today.”

“I hope we can continue on with the good work we’ve done,” said Marci Glass. “But I’m disappointed in what’s been returned to us from WFC and AAR… Disappointed that all the talk of working together has not worked out.”

“Would other agency boards have the level of oversight the proposed A Corp will have over the PMA and OGA?” asked Shannan Vance Ocampo, who then suggested hiring an outside mediator to help work through the process of compromise.

“These are good points for us to consider as we discern a way forward,” Hostetter said when asked to comment on behalf of the Way Forward Commission. He added he’s “hopeful we will get to a point that comes before the Way Forward Committee [of General Assembly 223] and the whole of the General Assembly that it will not be seen as a conflict, but that we’ll be coming together in our approach. What’s devastating are the assumptions being made of our intent… Our proposal has always been to get this in as good as shape as possible – and work with OGA, PMA and others — on the details, and to address the dysfunction primarily of the PMA.”

“The question is whether you are abandoning the process,” he said. “Be cautious about jumping to conclusions about intent when we haven’t gone to the next step of the conversation … and we need to continue it.”

Sanders countered, “It doesn’t matter what the intent is because we’re going to be held to what the documents say in the years to come.”

“There’s clearly a lot of disappointment around your table and there is within me, as well, listening to all this,” Block said of the All Agency Review Committee. “I think intent matters, but I will say for our group in good faith, one of the things that really drove what we tried to do was to free the PMAB from administrative overload so it could better [focus] on the mission of the church. One of the things we worked hard at was trying to clarify and lift up the mission directives of the church, lift up PMA’s role and then build a structure that supports that… We need to figure out what collaboration is and what it isn’t, because our expectations are clearly different.”

“I appreciate the words of cooperation, but the GTF hasn’t felt that way,” replied PMA Board member Brenton Thompson.”

“As someone who understands the dynamics of power, we have to move from intention and ask difficult questions about the implications of our intention,” Morrow said as the discussion concluded. “It’s for this reason I’m troubled by the proposals as they stand and why I want to continue to deliberate with the Way Forward Commission, All Agency Review Committee and COGA. … Part of doing so is to hold to our fiduciary responsibility as a board, we owe it to [staff] to get this right. And this is not right. It can tee up the conversation, but we need to protect our interests.”

Beverly Brewster, a representative from the Advisory Committee on Social Witness Policy, added her suggestion, pointing to the group’s recent proposal that a “joint fiduciary coordinating committee” be formed for the Office of the General Assembly and the Presbyterian Mission Agency, rather than separating the A Corporation from working directly with the agencies.

Block suggested that the Co-Moderators of General Assembly 222, Denise Anderson and Jan Edmiston, convene a face-to-face meeting of the groups to work out the disagreement, though no formal motion was taken to this end.

Calling attention to Sanders’ use of the term “nuclear option” at an earlier meeting to describe the PMAB recommending to form its own corporation in light of AARC and WFC recommendations on the A Corp, Herring said, “It’s not a nuclear option, in rendering explosive or damaging the work that has been done. My hope is that the concerns lifted up are seen as concerns of the faithful work they’ve done, not to blow up their work, but to offer a more faithful view of the work we believe needs to be done.”

To this end, the PMA Board approved two motions that ask the General Assembly to create a separate corporation if the A Corp is separated into a “utility” function and directs its Governance Task Force to provide the rationale for this proposal to the assembly.

The wording of the motions, as approved, is here:

The PMAB directs the Governance Task Force to provide the rationale and documents of division to be submitted with the motion to the Stated Clerk for consideration by the 223rd General Assembly.