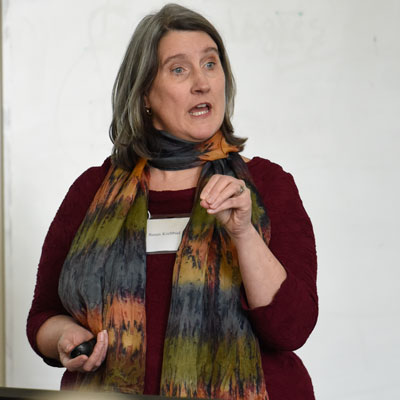 LOUISVILLE — As reports of inhumane conditions in child detention facilities near the United States-Mexico border surfaced over the weekend, Presbyterian Church (U.S.A.) staff working on immigration and asylum issues, like many observers, were shocked and saddened.

But they are also disturbed by how these latest stories fit into a longer trend.

“Our government is definitely not living up to its obligations under the law,” says Susan Krehbiel, Presbyterian Disaster Assistance’s (PDA) Associate for Refugees and Asylum. “What’s shocking to me is the continued deterioration of conditions.

“They can’t claim they were caught off guard. There have been situations like this before. The fact that they’re worsening is upsetting.”

Last week, a group of attorneys visiting detention facilities to monitor conditions took the unusual step of going to the media with accounts of what they saw, particularly at a facility in Clint, Texas, because they were so horrified.

They encountered an overcrowded facility with children caring for children, many not bathed, in soiled clothes, and sick. Cases of influenza and lice were reported, with many children forced to sleep on cold concrete floors and being fed a steady diet of instant and frozen foods. 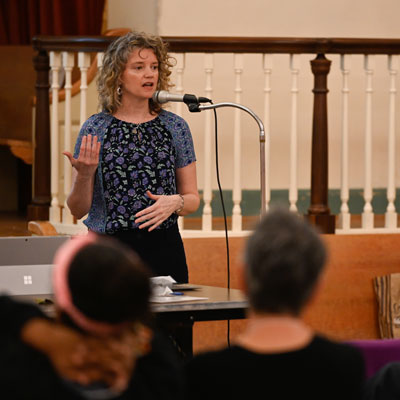 Dovetailing with the deteriorating conditions is another disturbing trend, say Krehbiel and Amanda Craft, manager for Advocacy in the Office of Immigration Issues.

“Historically, in situations like this, the government officials have tried to make excuses,” Krehbiel says. “Now, they are saying we don’t have to meet basic standards.”

She points to a court case last week in which Justice Department attorneys argued that the government did not need to provide toothbrushes, soap, towels, and adequate sleeping accommodations to detained migrant children.  In Congress, a bill introduced by Sen. Lindsey Graham (R-S.C.), sought to “eliminate protections for children and victims of human trafficking, dismantle the U.S. asylum system, and further reduce refugee admissions,” according to an action alert from the Presbyterian Church (U.S.A.) Office of Public Witness.

“As we face the worst refugee crisis in history,” the alert states, “the Presbyterian Church (U.S.A.) believes Presbyterians have a moral obligation to advocate for the entry and integration of the refugees in the United States, and to resist anti-refugee actions and policies.”

According to Waggener, “A great part of our ministry and PDA’s ministry every day is just insisting that these are people.”

Making that point to lawmakers, and insisting that existing laws pertaining to asylum seekers, care for children and detainees and other immigration issues are followed, is the most important thing people can do to respond to these latest reports, PC(USA) staff say. 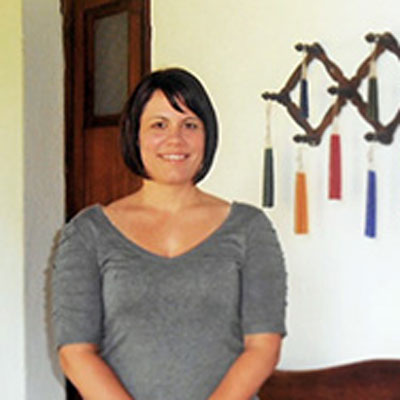 Waggener and Craft point out that as lawmakers come home in a month for August recess, it will be a good time to visit them in their offices or at meetings to advocate for humane treatment of asylum seekers and immigrants, noting that coming into the United States and seeking asylum is perfectly legal.

It is natural when hearing stories of people hungry and lacking necessities for people to want to donate food, clothing and supplies.

“What people need to understand is that government run detention facilities at the border are exactly that  government run,” says Krehbiel. “They are choosing to detain people in this manner which is against our U.S. law and international law regarding human rights and children’s rights.

“These are closed facilities — that means you can’t go in as a volunteer, nor can you ship soap or other donations.”

But, in addition to advocacy, people can also look to their own communities where there are likely organizations working with refugees that do need material and personal help. Krehbiel says there is “amazing work being done by mid-councils (synods and presbyteries) and churches across the country.”

For people with time to travel, there are also volunteer opportunities to provide aid and even play roles such as court observers as people seeking asylum plead their cases.

“It’s the showing up of people that aren’t immigrants that reminds the government that we are concerned for these people seeking asylum,” Krehbiel says, “and it also lets the asylum seekers know somebody cares for them.”

Craft says, “There was a long line of decision making that went into that child arriving at the border. Some of it was fear, but there’s also hope. It’s a story of hope and trying to find the place where God sees them fully as themselves. As believers, that’s something we should celebrate.”

Advocacy resources from the Office of Immigration Issues