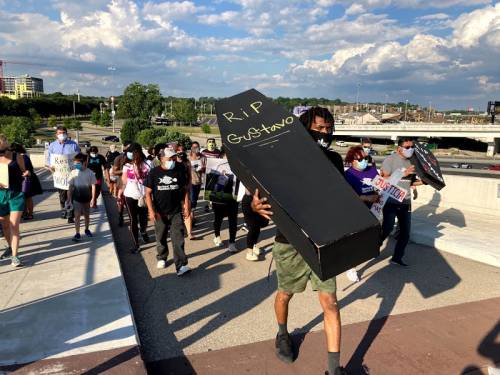 Workers’ Dignity fought for accountability from builders and contractors after the death of 16-year-old construction worker Gustavo Ramirez in June 2020. (Photo provided by Workers’ Dignity)

LEXINGTON, Kentucky — As the COVID-19 pandemic took hold of the country in the spring of 2020, work went on for Nashville construction workers as if nothing was happening. They showed up to sites with no running water, no personal protective equipment, no social distancing, and an understanding that they should ask no questions.

Workers’ Dignity, a worker center organizing for workers’ rights in Nashville, knew it had to act.

“Some of the things that we were able to support people doing were getting hand washing stations brought on site and creating standards for how information is communicated,” said Ashley Bachelder, development manager for the worker-led and worker-centered organization that advocates for just treatment on the job and in their communities. “When there are COVID outbreaks, those things were not being readily shared in a transparent way. We were able to win agreements for that. In the early days, we were able to support people getting testing on site.

“We tried to combat fear, unknowns, and help organize. Our interns distributed thousands of masks and PPE, both at worksites as well as in the community, like going to apartment complexes where we know there are a lot of workers and families. This is a good example of how our work helped families navigate COVID in general.”

It was a continuation of the type of activities Workers’ Dignity has been doing to support workers, particularly low-wage workers, a group largely made up of immigrants and people of color. It is work the Presbyterian Hunger Program supported before and during the pandemic.

“Workers’ Dignity helps workers understand their rights as a starting point,” said Andrew Kang Bartlett, national associate for the Hunger Program. “But organizing and persistent advocacy is what turns those rights into reality.” 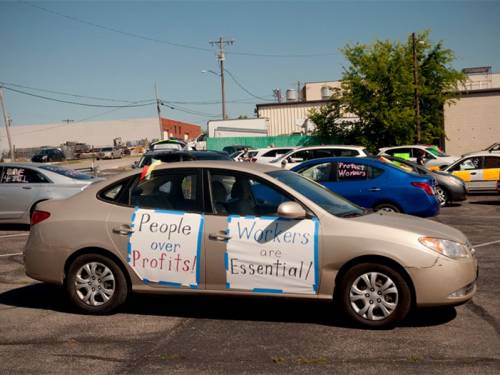 Formed in 2010, Workers’ Dignity has focused on the hospitality and construction industries, two areas rife with exploitation of workers. It also is increasing work in participatory democracy. Last year, Workers’ Dignity co-founded the Nashville People’s Budget Coalition (NPBC) alongside six Black-centered organizations to advocate for defunding the police and carceral system and investing in education, affordable housing, public transit and social services.

Since 2010, Workers’ Dignity said it has recovered $1 million in stolen wages, and between 2013 and 2018, its Just Hospitality Campaign formed worker committees that won $888,000 annually in wage increases. The last couple years, Workers’ Dignity has been focused on construction.

By numerous accounts, Nashville is one of the most dangerous cities in the United States for construction workers, and the most dangerous in the South. “Build A Better South,” a May 2017 report on construction working conditions in the Southeastern United States from the Partnership for Working Families, said the injury rate for construction workers in Nashville was  “alarmingly high.”  One-in-four workers surveyed said they had experienced a workplace injury, and just 19% of the workers injured in the previous year had their medical bills covered by workers’ compensation.

Workers’ Dignity has been at the forefront of calls for better working conditions and pay and fair compensation and care when workers are injured or fall ill. It is an uphill battle in a city where the interests of builders and developers are represented at the highest levels of government – Workers’ Dignity points out Tennessee Governor Bill Lee came to office after heading his family’s construction company, and Nashville Mayor John Cooper was a real estate developer. 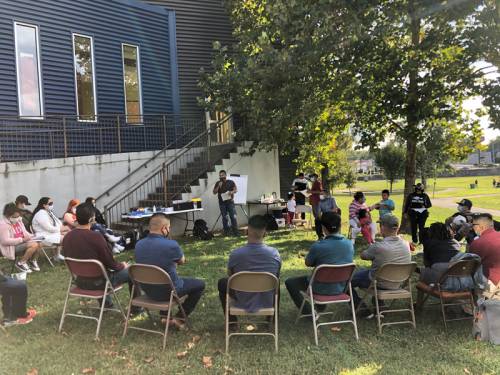 “The most important thing we do is to inform people of the rights that they have,” Raúl Morales, who works with the Health and Safety Campaign for Workers’ Dignity, said in Spanish through a Workers’ Dignity translator. “For instance, I’ll help them get their cases together and then send that information to the workers’ compensation offices.”

Morales is all too familiar with the travails of workers’ comp. He fractured his back on a construction site, and then he said a doctor told him is pain was just because of his age.

Several victories for Workers’ Dignity in 2020 involved winning settlements for workers who died, were injured or fell ill with COVID-19 on the job. There were COVID-19 outbreaks in at least 20 Nashville construction sites and Morales says workers who fell ill were often fired and left with no resources. 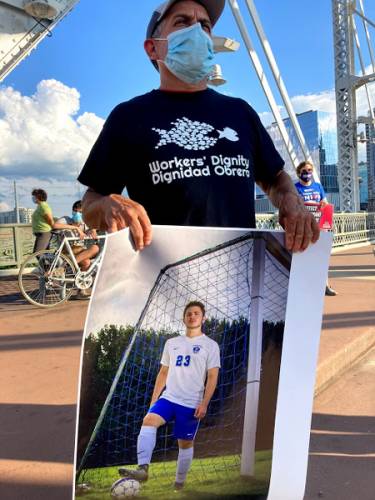 “This does nothing to bring Gustavo back or bring justice to his loved ones, but it shows that workers won’t sit back while they watch each other risk their lives every day for a paycheck,” a report from Workers’ Dignity said.

Women make up a significant portion of the construction worker community, but Workers’ Dignity says their needs are often not accommodated in the male-dominated industry. Vanessa Neria, who works with Workers’ Dignity’s Women of Construction Campaign, described harassment, pay disparities, unsanitary conditions in bathrooms, discrimination against women who become pregnant, and other injustices against women in construction.

“One thing we’re really doing is educating these women,” Neria said in Spanish, also through a Workers’ Dignity translator. “We do a lot of workshops and we’re also making them into leaders so they can be leaders within their own communities, but particularly on this construction campaign. So, we’re starting with women in construction, but we could also imagine having women in other sectors too. We picked construction because Nashville is a growing city and there’s a lot of construction going on.”

All of these things will continue being issues in the quickly-growing Southern metropolis, which is also why Worker’s Dignity is focusing on participatory democracy to help get more laws passed to protect workers and leaders who support those laws. A major component of these efforts is WDYO (104.1 FM), a worker-staffed radio station that helps disburse information to workers on all the issues Workers’ Dignity addresses. Neria says the station has been particularly important during the pandemic.

“We think the working class really is the force for change.”