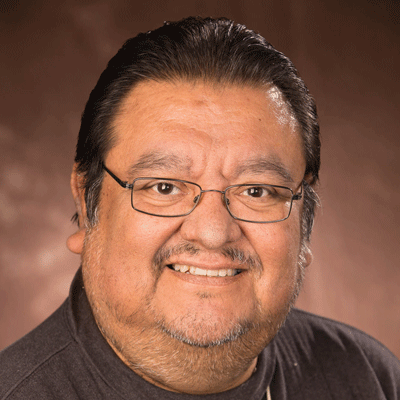 LOUISVILLE — On Wednesday, employees of the Presbyterian Church (U.S.A.) gathered for a special online worship service to celebrate Native Americans.  Welcomed by the Rev. Irvin Porter, Associate for Native American Intercultural Congregational Support in the office of Racial Equity & Women’s Intercultural Ministries, worshipers participated in a service featuring a mix of English and Native languages.

While acknowledging the land where the service was being held, Carla Alexander, one of the worship team leaders, said, “Since we have been gathering electronically since March of 2020, we don’t acknowledge the territory of one tribe, but we acknowledged the territory of hundreds of tribes for whom North America was home for thousands of years. Their presence on this continent is remembered and woven into the history of communities on this Native American Day. And every day, we are encouraged to be mindful of healing past harms while moving forward with awareness and respect, celebrating and embracing the contributions of the original inhabitants of this country.”

To ensure a service that was truly representative of the Native American community, following the singing of the traditional Fanny Crosby hymn “Blessed Assurance, Jesus is Mine!” in English, Porter sang the hymn in his native Nez Perce language.

With Micah 6:8 as the scriptural basis for his sermon, Porter read one version of the text from The Message translation:

“But he’s already made it plain how to live, what to do, what God is looking for in men and women. It’s quite simple: Do what is fair and just to your neighbor, be compassionate and loyal in your love, and don’t take yourself too seriously — take God seriously.”

Recognizing his Nez Perce heritage, Porter said what wasn’t evident was the Norwegian and English ancestry that he inherited from his grandmother, Helen Moffett. “It was hard for my mother’s mother, marrying into an Indian family,” said Porter.

“Despite what my grandmother’s family taught her about white people staying in their own world and that Indians should stay in theirs, she allowed her heart to tell her otherwise,” Porter said. “She learned the Nez Perce language, sang hymns in Nez Perce, cooked their foods, and became as much a part of the Nez Perce community in that little town of Kamiah [Idaho} as any Nez Perce woman ever could be.”

Porter said, “Micah 6:8 asks us what the Lord requires of us. There are many different ways to answer this question. You might have a passion for evangelism. So, you focus on the Great Commission found in Matthew 28:19–20. Or you might be more focused on worship and emphasize verses like Psalm 95:6.”

Some of us may struggle to know what it means to do justice, Porter said. “How do I do justice this week? What does it look like?”

He said we often define justice by placing it primarily in a political, economic or judicial realm. “But that can be a distant thing from our daily lives and a legal decision handed down by the Supreme Court.”

Porter pointed out that in 1823, the U.S. Supreme Court decided Indigenous people had no legal title to their land that they’d lived on for thousands of years.

“The elephant in the room for the General Assembly of the Presbyterian Church (U.S.A.) and the American Christian community has been justice in particular,” he said.  “The Doctrine of Discovery justified the seizure of land from Indigenous people based on a moral framework created by the church in the 15th century that gave racial preference to Europeans who determined and shaped our institution.”

“If we think that this Doctrine comes from historic times gone by,” Porter said, “you need to know that it was cited by the U.S. Supreme Court as the basis of our laws as recently as 2005, just 16 years ago.”

In 2016, the 220th General Assembly of the PC(USA) repudiated the Doctrine of Discovery.

“It is not unusual in American society to define justice in terms of fairness, rather than equity,” said Porter. The margin in the 2005 Supreme Court decision in City of Sherrill v. Oneida Indian Nation of New York was eight to one against the Oneida Tribe, which had argued it shouldn’t be required to pay state and municipal taxes on land it said was part of its reservation purchased 200 years after the land had been taken from the tribe. Porter said the land could not be taken into tribal trust because of the Doctrine of Discovery.

In his sermon Porter noted that Native Americans are some of the poorest people in the United States. He said that over the centuries, their wealth and assets were taken from them and given to countless other groups time after time based upon the Doctrine of Discovery. He said that reality has not changed and that the 2005 Supreme Court ruling insured it.

“Those who have reaped the economic benefit of lands and resources in the United States have become wealthier over generations while Native Americans and the original inhabitants of the land remained some kind of foreign U.S. citizens,” said Porter. “The year 2024 will mark 100 years since native American people became citizens and their own country” under the Indian Citizenship Act.

Porter noted that the law was completely on the side of settlers because it was created with only settlers in mind. He said just as the U.S. Constitution’s reference to “We the people” and the Declaration of Independence’s “… all men are created equal” referred only to white men.

“Indigenous, African, people of color and women had to struggle, and continue to struggle, to be included in ‘We the people’ and ‘…all men are created equal,’” said Porter.

“This doesn’t seem to be what Micah was trying to tell us: ‘… to act justly and to love mercy and to walk humbly with your God,’” Porter said.

Porter says to be truly humble we must give up all the “nonsense” that gets in the way of justice and rely on God as our help and our shield.

“Reconciliation is hard work. But God will be with us in the pursuit,” Porter said. “An apology is only the beginning of reconciliation if it’s to be genuine.”