‘Most of the people don’t have what they need’ 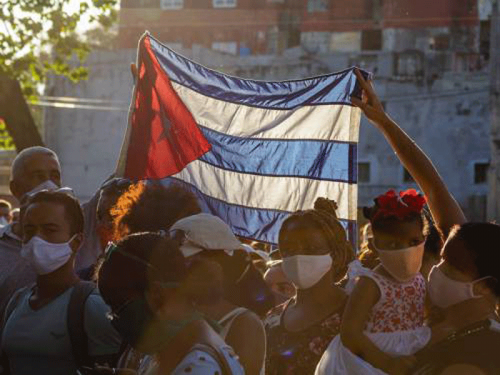 LOUISVILLE — Conditions in Cuba and the effects of U.S. sanctions on the island nation were highlighted during a panel discussion moderated by Catherine Gordon of the Presbyterian Office of Public Witness as part of Ecumenical Advocacy Days.

“The crippling U.S. economic embargo on Cuba that has failed for decades to achieve its goals continues,” Gordon said during introductory remarks. “The economic situation has never been more dire, and our church partners on the ground are now suffering from shortages of food and medicine.” 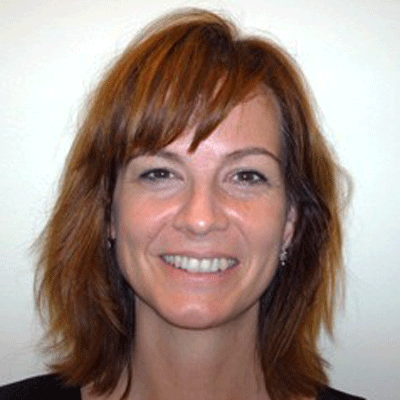 She acknowledged that “Cuba’s economic crisis has been caused by numerous factors, but it’s clear that the U.S. economic embargo is contributing to the worsening humanitarian situation the island is facing … rather than enhancing human rights for the Cuban people.”

Meanwhile, Cubans are fleeing to the United States in droves. “This past March, 32,000 Cubans were taken into custody at the U.S.-Mexico border, which is almost double the number — 16,550 Cubans — who were taken into custody in February,” said panelist Jorge Quintana, Executive Director of the Center for Democracy in the Americas.

The panel discussion was one of several events held online, from Monday through Wednesday, as part of EAD, which carried the theme “Fierce Urgency: Advancing Civil & Human Rights.”

Speakers on the Cuba panel included the Rev. Joel Ortega Dopico, President of the Cuban Council of Churches; and Bonnie Klassen, an Area Director for the Mennonite Central Committee.

Dopico, a Presbyterian minister, described some of the challenges that fellow Cubans are facing. He noted that older people, children and pregnant women are among those suffering.

Some people are lacking basic medication for heart problems, for example. Access to clean water is another issue as is obtaining appropriate food for the nutrition of pregnant women and children. “Most of the people don’t have what they need,” Dopico said, and some older people find themselves left behind as younger people seek better economic conditions.

The Mennonite Central Committee has been helping with material resources in Cuba, working in collaboration with faith-based organizations, including churches connected to the Anabaptist Mennonite world.

“I’ve made numerous visits to Cuba since 2013, and it is very clear that churches and civil society groups are creating conditions for positive change,” Klassen said. Also, “Cubans are not just waiting for some magical solution or just waiting for the United States as if ‘Well, if the United States doesn’t change, nothing can be done.’ Cubans are very active, working for change themselves, but the current policies are a terrible obstacle to all their efforts.”

MCC began working with the Brethren in Christ Church in Cuba after Hurricane Sandy and hears accounts of the economic challenges that people are facing.

“One of the people said to me, ‘You know, I haven’t had an egg … or any kind of animal protein for six months. We’re brushing our teeth with soap, and often homemade soap at that, because there’s simply not access to hygiene items,’” Klassen said.

Also, due to lack of fuel, “transportation is difficult,” she said. “There has to be a lot of creativity in even getting material resources (from) one place to another because of the very high prices of fuel. But the churches have played a key role in making sure that people that are particularly vulnerable receive support,” such as food and hygiene supplies. 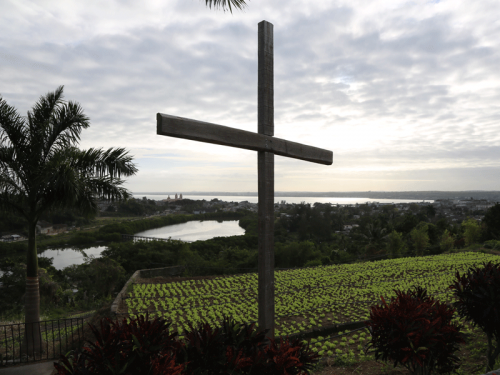 A cross in Cuba (Photo by Erin Dunigan)

She noted that churches are all over the island and help people to have hope. They also help to ensure “that desperation doesn’t lead to erosion of values,” Klassen said.

Churches also “encourage volunteer involvement, and I think the church has been part of a greater participation in society,” she said, “and the church, like I mentioned, is a way of bringing together very diverse perspectives.”

Quintana, who is Cuban American, provided an update on the policies of the Biden administration.

“The political situation in D.C. is not good,” he said. For example, “there has been very little movement on the issue of Cuba. Not one of the 243 new sanctions that the Trump administration imposed on Cuba had been reversed.”

Meanwhile, small businesses struggle to grow, internet access is limited and it’s difficult to make remittances using apps that are common in the United States, he said.

Members of the public who are concerned about Cuba’s plight should contact their members of Congress, he said. “It’s important that they hear from you and that you share your concern.”

He also suggested this: “Find your counterparts in Cuba and interact with them,” whether it’s a church group or another organization that shares your interests. “When governments refuse to act like grownups and actually talk to each other, it’s incumbent upon us … to start those conversations and have those conversations with our Cuban counterparts, to move the ball forward.”