Specific focus will be on engagement with oil and gas industry 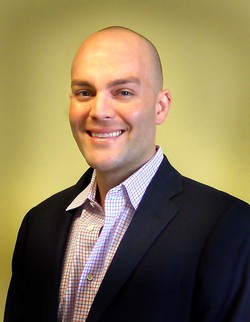 LOUISVILLE – The past year has been a busy one for the Committee on Mission Responsibility Through Investment (MRTI), from saying goodbye to long-time coordinator Bill Somplatsky-Jarman to watching events unfold in Standing Rock, North Dakota.

New lead staff Rob Fohr says they’ll be busy again this year, adding they are always challenged by the number and variety of issues on which they and their partners engage, with publicly traded corporations. “More specifically, our directive from the 222nd General Assembly on focused engagement with the oil and gas industry will challenge the committee as we develop strategies for effective engagement and standards for measuring progress in those discussions.”

Last October, the Synod of the Northeast voted to take immediate steps to divest from the fossil fuel industry. Fohr believes that action will actually help in their dialogues with the fossil fuel companies.

“The fact that the General Assembly voted not to direct the Board of Pensions and the Foundation to divest categorically from fossil fuel companies allows MRTI to stay engaged with these companies from a position of strength,” he said. “However, the fact that other Presbyterian-related entities with invested capital such as mid-councils and congregations are electing to move funds to fossil fuel free products, gives us some leverage to encourage change.”

Fohr says MRTI’s goal is to work with oil and gas companies to adopt policies and strategies that transition them into a low-carbon future.

The standoff in North Dakota over the Dakota Access Pipeline has drawn a lot of attention to the ongoing debate over the impact on the environment. MRTI has been engaged with Phillips 66, a refining company, mostly on the issue of greenhouse gas reduction goals, incorporating renewable energy and other environmental issues.

“Because we had an existing relationship with Phillips 66, we were able to engage them quickly on the pipeline in which they have a 25 percent stake,” said Fohr. “Through multiple dialogues, we were able to obtain a commitment to multiple focused dialogues this year, with investors and other stakeholders to help the company develop and disclose a human rights policy including Indigenous rights.”

Fohr believes the goal of such a policy will help prevent future situations from escalating to the point where companies lose their “social license” to operate, as is the case with Standing Rock.

“When this happens, companies experience reputational risk, which could translate into financial risk for investors,” he said. “Approximately 40 percent of known oil and gas reserves in the United States are on or near Indigenous lands so this issue will come up again. We believe that it is in companies’ best interests to have robust and publicly disclosed human rights due diligence processes.”

Other issues on MRTI’s agenda this year include discussions with the travel and tourism industry on combatting human trafficking as well as continued work with corporations on keeping their supply chains free from forced labor supplied by unethical recruiters.

“We also hope to engage with banks and financial institutions on business standards, values, as well as the emerging issue of sub-prime auto lending which has a particular adverse effect on people with lower incomes as well as racial/ethnic minorities,” said Fohr.

Fohr says they also hope to increase awareness of their work within the church, so that fellow Presbyterians understand the power of witness by engaging with corporations in which the church holds stock.

“We hope to communicate that this is a long game which requires relationship-building and continuing dialogue, often over a period of years,” he said. “The Committee’s experience is that through developing relationships and dialogue, corporations can be moved to make the kind of changes we advocate.”

Fohr and the committee hope membership takes a keen interest in what they’re doing.

“While there are no hard figures, if we were to calculate the total estimated value of all of the Presbyterian capital invested in publicly traded companies, it would likely be in excess of $10 billion,” said Fohr. “This calculation includes monies held by the investing agencies of the PC(USA), endowments of Presbyterian seminaries, colleges and universities, congregations, mid-councils, camp and conference centers, as well as individuals.”

Fohr says MRTI wants to be in conversation with church membership throughout the year to help them discern the right strategy to “activate their capital” and advance their mission goals.

One way, he says, is to download MRTI’s 2017 Proxy Voting Recommendations, which will be posted on the website in April.