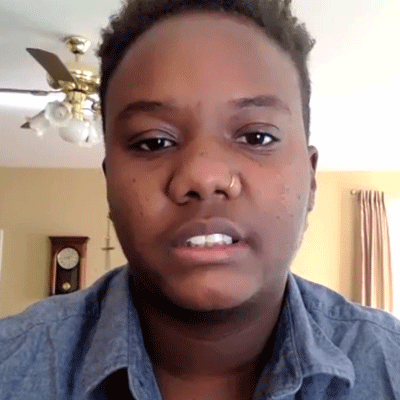 LOUISVILLE — Once again, the sudden firing of a Black administrator at Columbia Theological Seminary has the campus mired in controversy over how it treats its students of color and the faculty members who serve them.

The Rev. Samuel L. White III was fired from his position as the seminary’s Director of Admissions and Recruitment one day after Juneteenth. The campus community was notified that June 21 was White’s last day in an email from Columbia Seminary’s president, Dr. Leanne Van Dyke, who is retiring at the end of July.

On Thursday, members of the African Heritage Student Association held a press conference to respond to the unexpected firing. During the 45-minute event, AHSA called for the immediate resignation of Van Dyk and the chair of the seminary’s Board of Trustees, the Rev. Dr. Jane Fahey — and that White be reinstated as director of admissions and recruitment. The students also want an independent advisory board to oversee the President’s Council.

Van Dyk is being succeeded by the Rev. Dr. Victor Aloyo, who will become seminary’s 11th president.

In response to the students’ demands, the seminary issued the following statement:

“Columbia Theological Seminary is sensitive to students’ concerns over the departure of Rev. Samuel White. However, it was a carefully considered decision and out of respect for the privacy of all current and former employees and consistent with our policies, we do not comment on personnel matters. We are confident we’ve stayed true to our mission to nurture faithful and effective leaders as well as conduct school business in a forthright and equitable manner.

“For the record, the institution enjoys a diverse faculty, staff, and students, and we remain committed to delivering the same excellent educational opportunities for which Columbia Theological Seminary is known.”

The Rev. Leo Seyij Allen, the vice president of the seminary’s student government association and a Baptist minister, said that White’s firing fits a pattern of “ongoing issues of institutional racism” at the seminary.

He believes White was fired because of his success at recruiting students of color. Sixty percent of the seminary students at CTS now identify as persons of color. According to the Rev. John DeLoney, president of AHSA, that number grew under White’s leadership.

“Columbia got Black too fast, and now we’re victim of a ‘blacklash,’” DeLoney said. 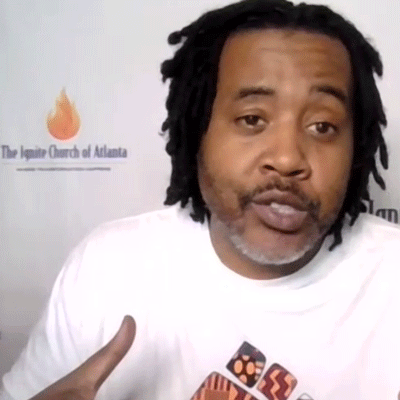 The Rev. John DeLoney is president of the African Heritage Student Association. (Screenshot)

This isn’t the first-time students of color have protested against Van Dyk and the seminary’s administration.  Since 2015, Allen says five staff of color were either forced to resign, terminated or demoted. And in the last seven months, two Black men have been fired, Allen noted.

First, the Rev. Brandon T. Maxwell, dean of students and vice president of student affairs — who was instrumental in implementing a reparations program for students of African descent to enroll without cost at CTS — was let go. Now the person he brought in, White, is also gone.

Click here to read the letter the African Heritage Student Association sent to the CTS Board of Trustees and seminary administrators in response to White’s firing.