In a switch, Colombians dwelling along the coast are hosting thousands of Venezuelans 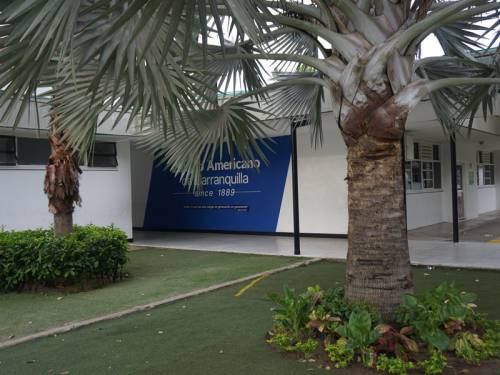 The Reformed University in Barranquilla, Colombia, is also home to the presbytery offices and has a primary school on its campus. (Photo by Robyn Davis Sekula)

Editor’s note: This is the second in a series of three stories about the work of the Presbyterian Church in Colombia and the ways in which the PC(USA), particularly Presbyterian World Mission, supports that work. This story concentrates on the Presbiterio de la Costa Norte, which is headquartered in the coastal city of Barranquilla. To read the first story in the series, click here.

BARRANQUILLA, Colombia — The flat, sandy coasts of Colombia don’t lend themselves to guerilla activity. That turned out to be a blessing for Barranquilla, a northern coastal city that is the center of the Presbiterio de la Costa Norte of the Presbyterian Church of Colombia (IPC).

It meant the area was spared the worst of the armed conflict that has terrorized Colombia for the last five decades. But still, the presbytery experienced directly the need for peace and reconciliation in Colombia as refugees from the violence flocked to Barranquilla sharing haunting tales of violence and displacement at the hands of paramilitary and guerrilla forces, drug traffickers and the military.

In recent years, Presbyterians in Barranquilla have opened a new chapter as they play host to tens of thousands of their Venezuelan neighbors, who are fleeing economic collapse. For decades, it was the other way around, as many Colombians sought employment in Venezuela’s booming oil economy. Now in Barranquilla — and throughout South America — the different strata of Venezuelan society, from professionals to manual laborers, are trying to re-start their lives in very different surroundings.

There are eight Presbyterian churches within the city limits of Barranquilla; the presbytery has churches or worshiping communities in four other towns and cities. All are seeking ways to support peace and bring reconciliation to their communities.

First on the presbytery’s agenda is to defend and strengthen the Colombia Peace Accords. This includes providing pastoral accompaniment to former guerrilla combatants who have turned in their weapons and seek to be integrated into civilian society, as well as helping landless peasants displaced by the violence to find new lands.

The IPC learned long ago that this enormous, complex task requires working together with other people of faith. They work closely with the other churches, including Lutherans and the Mennonites, that make up Interchurch Dialogue for the Peace of Colombia (DiPaz) on pastoral accompaniment of impacted communities as well as advocacy campaigns in Colombia, the United States and before the United Nations.

Today, this ministry of reconciliation also means reaching out to Venezuelan immigrants and helping them to become productive, healthy neighbors. While some Venezuelans come with university degrees and professional credentials, most are unskilled workers who live a hand-to-mouth existence.

Presbyterian Foundation leaders recently visited Colombia to better understand the country, its history of violence and conflict, and what support is needed today as the PC(USA) continues to walk with historic partners in God’s mission there.

Presbyterian World Mission has two mission co-workers serving in Colombia, both living in Barranquilla: Rev. Sarah Henken, who is engaged in peace and reconciliation work with the IPC, and Rev. Dr. César Carhuachín, who teaches at the Reformed University. “Many members of PC(USA) churches heard about and celebrated Colombia’s historic peace accords with the FARC guerrilla group, but may not realize that those peace accords have faced extreme opposition from some political and social sectors in Colombia,” Henken says. “Our clear and committed support for the IPC’s work is as essential now as ever.”

Dennis Smith, World Mission’s regional liaison for South America, traveled with the group and served as an interpreter throughout the trip, bringing both language clarity and Colombian context to the visits. Both Smith and Maribel Pérez, his wife, are PC(USA) mission co-workers based in Argentina.

Two of the presbytery’s focuses are women and youth pastorals. A pastoral is a ministry focused on accompanying and empowering a specific group that is struggling to transform a common reality and is based on the values of the gospel.

The women’s pastoral is active in education and training for women in the presbytery. It has a work plan built around the same program areas by the presbytery’s work plan. “As Presbyterian women, we have historically had an emphasis on education, and also defending our rights as women,” says Dionne Navarro.

Training and empowerment are major themes. The pastoral brings in local professionals to address current issues and they also encourage their members to take advantage of the many continuing education opportunities at the Reformed University in Barranquilla, which is also where the presbytery offices are located. 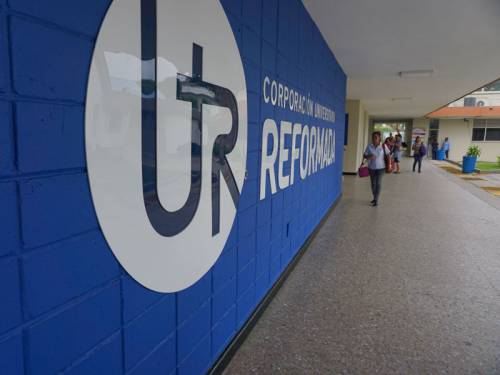 The women’s pastoral has helped women find their voice not only in the churches where they worship and serve, but also in Colombian society. (Photo by Robyn Davis Sekula)

The women’s pastoral has helped women find their voice not only in the churches where they worship and serve, but also in Colombian society. “For many women, these spaces have not only been places of sharing, but places where we can leave behind all that has been weighing us down,” Navarro says.

The women’s pastoral also dedicates time and energy to the struggle to overcome violence and build peace. They participate in marches and demonstrations in support of the peace process. “We pray and act in support of peace as a matter of faith, and as the constitutional right of all the people of Colombia,” Henken says. She also recalls leading a workshop on nonviolent communication with the local women’s pastoral. “Peace is a way of life that requires effort and dedication to promoting justice and right relationship at the structural levels of society, and in our daily life.”

As Colombia seeks to end decades of armed conflict, the ways in which violence has permeated multiple layers of society become evident, including gender violence. Many in the women’s and youth pastorals protest violence against women by wearing black on Thursdays, a global campaign promoted by the World Council of Churches. “We live in a context of femicide, where women are killed just for being women,” Navarro says.

The women’s pastoral also heads up a project called Healing Wounds, which focuses on women who have been victims of violence, including the growing community of Venezuelans. This work includes therapy for women and the use of church structures to help empower women. “Very few churches in Colombia ordain women,” Navarro says. “We use church training and structures to help everyone understand that they are free, they can be visible, and that’s the way God wants it.”

Jenny Lugo, a leader of the youth pastoral, noted that the presbytery has about 80-90 active young people. Young people’s lives are very busy and filled with responsibility. About 2 in 3 work during the day and study at night, and the other third work full time.

The youth pastoral also emphasizes training, community organizing and education. Active membership in a faith community that creatively addresses community issues helps young people avoid falling into the traps of addition and gang activities. This includes reaching out to the growing Venezuelan community, recognizing that many young Venezuelans are unemployed or have had to cut short their education.

Beyond the work of the presbytery, two important educational institutions were started by Presbyterians in this region: the Colegio Americano de Barranquilla, which offers preschool through secondary education, and the Reformed University (CUR). The presbytery offices are located on the campuses of the schools, which are conjoined.

The Colegio Americano in Barranquilla is 130 years old, making it the oldest private school in the area. Rev. Vilma Yanez serves as the chaplain to the school’s 900 students, a role she has had for 19 years. “From the chaplain’s office, we have developed a pastoral for peace,” Yanez says.

The university experienced a surge in enrollment this year, to about 2,330 students. Projections indicate the university may have as many as 4,000 students within a few years. The university has a desertion rate of about four percent, which is one of the lowest for any higher education institution in the Barranquilla area, says Rev. Helis Barraza, rector of the university.

Both organizations have benefitted from an energy audit paid for by the Presbyterian Foundation and completed by Colby May of Lit Consulting in Texas. Barraza reports that the university has changed out cantilevered windows, replaced inefficient air conditioning units, and has planned for solar panels. The savings achieved through increased efficiency helps to pay for installation of solar panels, and the savings achieved through the panels themselves help pay for their installation. The university and school are also evaluating the performance of transformers at the nearby electrical substation. “There is still more to be done, but we are well on our way,” Barraza says.

Robyn Davis Sekula is Vice President of Communications and Marketing at the Presbyterian Foundation. You may reach her at (502) 569-5101 or robyn.sekula@presbyterianfoundation.org. 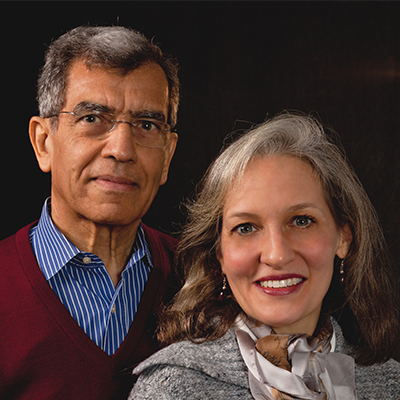