…be led forth in peace. (Isaiah 55:12). Support to the Peace & Global Witness Offering.
Make A Donation Click Here >
Home › Church leaders seek peaceful solutions in the wake of a violent week across the country

Communities call for prayer and action

LOUISVILLE – Presbyteries in Louisiana, Minnesota and Texas are working to help their communities respond in the wake of several shootings this week that have once again sparked debate over gun violence, racism and use of force by police.

Earlier this week two white police officers shot and killed Alton Sterling, an African American, outside a convenience store in Baton Rouge, Louisiana. The shooting, captured on video, has fueled protests and outrage across the country. The next day, the shooting death of another African American, Philando Castile, by a police officer in Falcon Heights, Minnesota, has garnered the same response. Castile’s girlfriend broadcast his dying breaths live on Facebook.

A peaceful demonstration in downtown Dallas, Texas turned violent last night when a sniper (or snipers) opened fire on police officers on the streets, killing five officers and wounding seven others, plus two civilians.

As the investigations in each of the shootings continue, church leaders in each municipality are working to support those affected and the community response and to address the shock, grief and anxiety in their neighborhoods. Grace Presbytery in Dallas describes the community as chaotic and in denial and shock.

“It’s still a very active scene. Police are searching for evidence. Downtown is locked down, no coming or going inside a 36-block perimeter,” said Ron Holloman, senior director for ministry and church transitions with the presbytery. “People are cautious, and there are feelings of remorse and concern for the police officers and civilians who were shot. It’s a feeling that we can’t believe it happened here during a peaceful protest and march.” 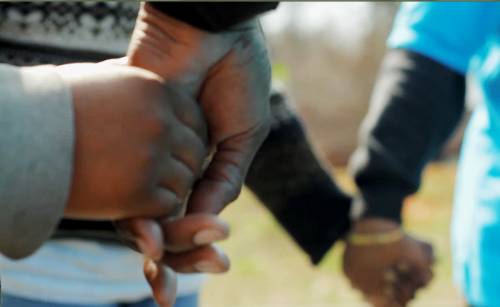 Holloman says he’s been in contact with several Presbyterian churches, including First Presbyterian Church of Dallas, which is scheduling multiple prayer services. He adds that the mayor of Dallas, Mike Rawlings, is a member of the church.

“It’s still so new at this point and we’re trying to determine what would be the most helpful and strategic thing to do,” said Holloman. “We will be addressing those needs as the hours go by as things settle down to a new normal.”

Grace Presbytery and other groups will be working with emergency teams to set up funds to help the shooting victims who survived.

“But we have a fairly solid group called Together Baton Rouge, a faith-based organization that has responded quickly,” he said. “This group, which includes several Presbyterian pastors and lay leaders, is trying to keep the community as calm as possible, reassuring them that they expect a thorough and complete investigation will be made.”

Tucker says the group has been present at press conferences and has a good track record with local and state leaders.

“We are very proactive in Baton Rouge, responding timely but considerately,” Tucker said. “We don’t act hastily, but we don’t let things fester either.”

Tucker says they are troubled by the Dallas shootings, “It really hurts our hearts that others would take advantage of our trauma to initiate their independent actions in Dallas.”

The Sterling shooting, according to Tucker, has reopened old wounds around race adding that trust between races has not been as strong as many thought. “I think it will be good in the long run to revisit these wounds and work to heal as they should.”

Faith leaders in the Twin Cities are addressing the issue of racial justice in light of Castile’s shooting death. Thousands rallied outside the Minnesota governor’s mansion on Thursday calling for action.

“Because there has been a large, inclusive presence of people at events such as clergy, teachers, workers, people who live in and outside Minneapolis and St. Paul, this is seen as a large community response saying we have got to stop this,” said Elona Street-Stewart, synod executive for the Synod of Lakes and Prairies. “When there is evidence that there is a bias against African American men, how can we be safe when the people who are supposed to protect us are doing this?”

Street-Stewart says a transparent investigation needs to proceed without delay so that the community will know that nothing has been concealed.

“There is an active faith community supporting whatever we need to provide. If it’s a space for conversation, we can do that. If snacks or water are needed or a place for people to rest, we can do that,” she said. “We will use our social networks and media sources to raise questions about whether justice has been provided and whether racism is involved.”

Presbyterian Disaster Assistance has reached out to all three presbyteries impacted by the violence, offering spiritual and emotional care as well as community grant support if needed.

Rev. Dr. Laurie Kraus, who directs Presbyterian Disaster Assistance, said, “The intensification of acts of public violence in our nation during the past month – in Orlando, Baton Rouge, St. Paul and Dallas – are heightening a sense of threat across all our communities, straining the fabric of our common life. Communities that have experienced systemic discrimination have been particularly impacted. We are grateful for Presbyterian congregations and councils who are leaning into this painful and dangerous context with a willingness to walk alongside those who have been wounded, to join with others seeking justice for those who are oppressed or unfairly targeted, to create common holy space within which hard issues can be addressed among neighbors, and to participate in the restoration of healthy communities.  PDA is proud to be able to participate in this work through supporting those stricken by these human-caused disasters.”

“We ask for prayers for calmness and peace, not only here in Dallas, but across our nation,” said Holloman. “I really think people are just lashing out. We need to keep everyone in our prayers as well as pray for a sensible response to violence. There’s a better way.”