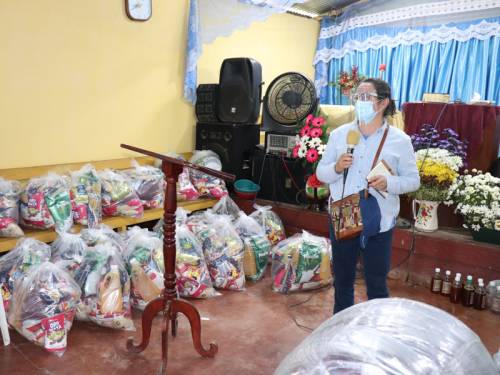 CEDEPCA is a training center that provides safe, accepting, creative spaces where women and men from different Christian traditions can deepen their faith while they learn to enhance their ability to confront the issues most affecting themselves and their communities.

The COVID-19 pandemic had already impacted Central America, causing widespread loss of jobs along with food shortages. Then last month, Guatemala, Honduras and Nicaragua experienced not one, but two direct hits from hurricanes Eta and Iota. The torrential rains caused overflowing rivers and landsides in vulnerable communities.

Absorbed with the presidential election, U.S. media virtually ignored the devastation, which put a significant burden on organizations like CEDEPCA and other faith communities to respond to the overwhelming need.

Presbyterian Disaster Assistance (PDA) donated funds to support 450 families with food, hygiene kits, and psychological support when the pandemic struck Central America and then again to the emergency relief efforts after Hurricane Eta.

Jorge Eduardo Yat Jul, a student at CEDEPCA’s biblical and pastoral institute, appeared in a recent video. He stood outside his home in water to his knees, surrounded by total devastation. A carpenter, his place of work was also closed from flooding. “We have lost everything,” he said. We are in need of support.”

You can watch the three-minute video here. 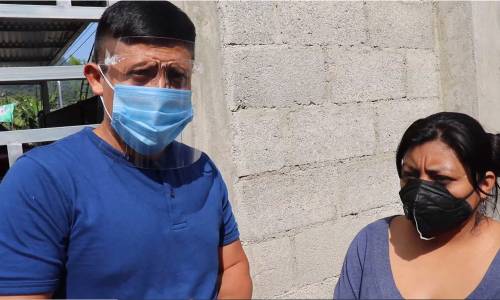 Alicia Maribel Suc talks with Esvin Sirin from CEDEPCA’s Disaster Ministry staff. Her family was able to escape over the roof of their house. (Photo by Luis Sarpec)

The region has been vulnerable to natural disasters. CEDEPCA risk managers help communities make contingency plans and create early warning systems. In areas where cellphones aren’t widespread, villagers have been known to warn one another of dangerous weather conditions by banging pots and pans with a spoon or by blowing a whistle throughout their neighborhood.

Before the most recent natural disasters, CEDEPCA was already helping with the extreme poverty in which many Central Americans live. According to Judith Castañeda, CEDEPCA’s general coordinator, “The poverty is the product of historical neglect by the Guatemalan State, reflected in the lack of access to essential goods and services for leading a decent life. The conditions of poverty have led to states of severe malnutrition, mainly in the child population, with Guatemala being the number one country in chronic malnutrition in Latin America.”

“Women in Central America and Mexico live in a patriarchal, violent and oppressive system at all socioeconomic levels,” said Castañeda. “Central America is fragile, and Guatemala is one of the most vulnerable countries.”

Statistics show that 119 Guatemalan women each day report a violent attack and nearly 62,000 women and girls 19 and under became pregnant during the first six months of 2018, many as a result of rape. CEDEPCA works to empower girls in new ways.

One is a course on healthy relationships called “It’s Marvelous to be a Woman,” which teaches girls and young women that they, like boys, are created in the image and likeness of God. That, unfortunately, is a new concept for women and girls. They are taught that men were created in God’s image and women from a man’s rib. 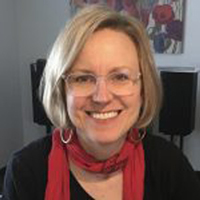 The Rev. Betsey Moe is the new facilitator for CEDEPCA’s Intercultural Encounters, bringing North American church groups, theological seminarians, and college/university students the opportunity to discover Guatemala in all its diversity, beauty, and complexity, and to experience the everyday life of Guatemalans through immersion programs. She is part of the team that receives visiting groups, plans and facilitates their educational program and itinerary, interprets, and leads reflection discussions.

Although she and husband Eric Moe are sheltering in place in the U.S., she is already working closely with the Intercultural Encounters team to create monthly “virtual journeys” using Zoom technology. Each journey is 90 minutes and covers topics such as history, immigration, women, education, religion.

The next one is planned for 7:30 p.m. Eastern Time on Feb. 11, 2021. It’s a virtual chocolate tasting journey to Lake Atitlán and an overview tour of CEDEPCA’s work. This one has a suggested donation of $52, which includes Guatemalan chocolate delivered to your door and a donation to CEDECPA.

As part of CEDEPCA’s biblical and theological education work, the organization has served 311 students in different parts of Guatemala and the U.S. during the pandemic. Classes in 20 courses are offered, including the History of Guatemala, and Introduction to the New Testament, among others. Through the online tool WhatsApp, they are also offering a course about offering comfort in times of crisis.

For CEDEPCA, the challenges are many and the resources are limited. That’s why partnerships with organizations like the Presbyterian Mission Agency are so important.

“Working in partnership is essential in terms of establishing cooperation and coordination synergies,” said Castañeda. “The associations have contributed, and continue to contribute, to establishing greater effectiveness in our response.”

To learn more about CEDEPCA and the ways you might help, go here. To see a recently produced video about the organization’s work in Guatemala, click here.