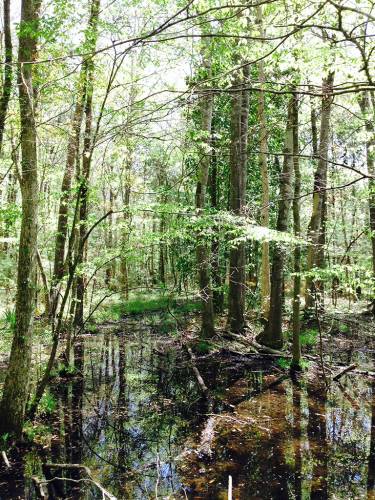 LOUISVILLE – If you talk with people living along the coastline of North and South Carolina, they will be quick to tell you, they’ve had enough rain to last a lifetime. Hurricane Matthew and 2015’s “one-thousand-year rain” have caused some significant problems for many, especially in the Charleston area.

But one church and its nearby residents fared better than most thanks to a decision the congregation made to care for creation. Dorchester Presbyterian Church, an Earth Care Congregation, purchased 42 acres of wildlife preserve and wetlands in 1986 and that investment has paid off.

“When the floods came in 2015, all of the wetlands were flooded, right up to the edge of the property,” said Pastor Jeff Kackley. “Our church sits on five acres of land and it was not damaged.”

“I asked the homeowners how many people had been flooded and the answer was zero. The clubhouse had been built on a flood plain but not the homes,” he said. “I told the group no one had to deal with flooding because the property was used as God had intended. It caught and held all of the water that would have flooded our property. Had we built on that property, the story would have been different.”

Kackley says another nearby neighborhood did sustain a lot of water damage because it didn’t have the wetlands to act as a barrier. 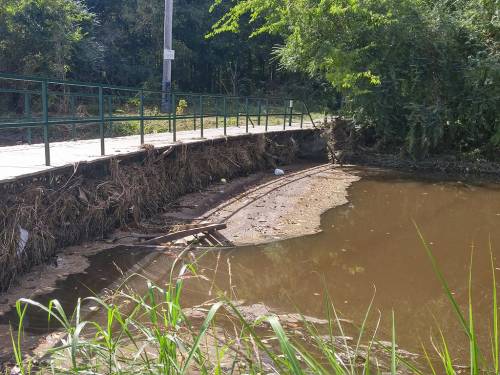 A foot bridge on the preserve was torn down during the 2015 floods in South Carolina. (Photo by Doug Richardson)

“We care for the earth because the earth is God’s and all in it, and we’re called to serve and preserve it. At the same time, we sometimes find out how the earth itself gives back in ways that benefit us as people,” said Rebecca Barnes, coordinator for the Presbyterian Hunger Program. “Churches like Dorchester are living out a calling that not only protects God’s creation but ends up protecting human communities as well. Caring for creation means all creation, including people—and in times of natural disasters, to find the best ways to be resilient.”

Kackley’s advice to other churches is to be open to God’s plans for the earth. “Figure out the best way to be good stewards. There is value in the land the way God created it.”

“We don’t always know what the impacts are or will be from our work and call to care for the earth, but what we do know is that we are called to do it. When we do it poorly, disaster strikes,” said Kackley. “When we do it well, disaster is diverted, avoided, or lessened. In the two recent floods – both just one year apart, our congregation and community learned of the positive and negative impacts.”

There are currently 190 certified Earth Care Congregations in the PC(USA). Churches interested in receiving certification must take the Earth Care Pledge and complete a number of activities and projects in the fields of worship, education, facilities and outreach. Click here for more information.