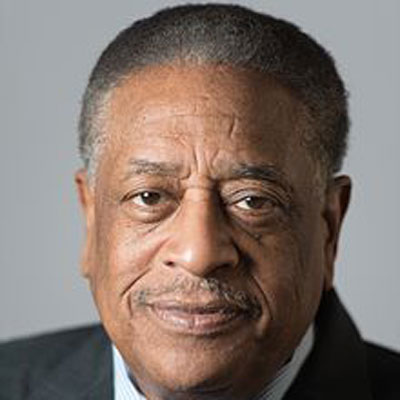 LOUISVILLE — Renowned biblical scholar Dr. Cain Hope Felder may have been a Methodist, but he had fans among Presbyterians, too.

Felder, who taught for decades at the Howard University School of Divinity and before that at Princeton Theological Seminary, died Tuesday at the age of 76.

“I learned to appreciate his genius as a seminarian, when he would come to San Francisco Theological Seminary as a visiting professor,” said the Rev. Dr. Diane Moffett, president and executive director of the Presbyterian Mission Agency. “I was blessed to sit under his tutelage as I continued to grow as a young pastor.”

Moffett said that Felder’s 1989 book “Troubling Biblical Waters: Race, Class, and Family,” which explored the significance of black people in the Bible, “helped me to see the importance of an African American man in biblical hermeneutics. His contributions impacted many. I am saddened by his death and grateful for his life.”

“A great and mighty oak has fallen with the death of Dr. Cain Hope Felder,” said the Rev. Dr. Alton Pollard III, president of Louisville Presbyterian Theological Seminary.  “I have known him through the years and was honored to serve as dean of Howard University School of Divinity for the last decade of his consequential career.”

Pollard called Felder “a rigorous biblical and cultural exegete,” and said Felder’s  passion for justice where “the least of these” is concerned “will be long celebrated.”

“His excavations of the African presence in the Bible, silenced and unsung , and his prophetic call for freedom for African descended people in our own day and time is to be remembered,” Pollard said. “A scholar, teacher, preacher, and mentor to generations in the church and academy, we all owe a debt of gratitude for his witness.”

“As the African proverb states,” Pollard said, “‘a library has burned’ with the passing of this fierce warrior sage.”

Christianity Today reported that Felder was “part of the first wave of black Bible professors in the U.S.” His research “challenged generations of scholarship that ignored or downplayed race in Scripture.”

“Black people are not only frequently mentioned,” Felder wrote in “Stony the Road We Trod: African American Biblical Interpretation,” a book he edited and published, “but are also mentioned in ways that are favorable in terms of acknowledging their actual and potential role in the salvation history of Israel.”

Christianity Today reported that Felder was born in Aiken, South Carolina, in 1943. He grew up in segregated neighborhoods in Boston. He earned his undergraduate degree at Howard and was later ordained in the United Methodist Church. He was the first national director of Black Methodists for Church Renewal.

After earning a doctorate in biblical languages and literature from Columbia University, he accepted a job as a Princeton Theological Seminary adjunct professor in 1978. There he was one of two African American professors.

He left the seminary three years later for the Howard University School of Divinity, where he took a position as professor of New Testament language and literature. He retired in 2016.

“The new millennium provides us with an opportunity to associate Christian faith more consistently with a jubilee of love,” Felder wrote just as the 20th century was ending. “The hallmarks of Jesus’ ministry were openness, inclusion, and compassion for those shunned and despised by the world. As the incarnation of justice, Jesus was engaged in a ministry that sought to end domination, senseless violence, economic class distinctions, and all types of exclusive behavior.

“Both society and the church are at their best,” Felder wrote, “when they become homes for the homeless and fortresses of tolerance in a world of bias, prejudice, and hate. Christ’s church is always a stronger witness when all believers affirm, heal, and accept the mosaic of difference among God’s people … By affirming that we are made in the image of God, we also become the bearers of all the dignity that God affords to all humanity — no exceptions.”