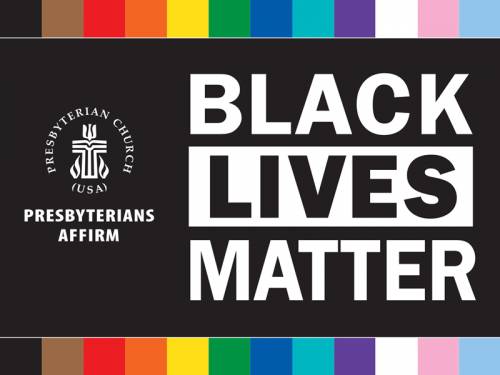 LOUISVILLE — As the country continues to reckon with its history of racism and oppression of Black and brown people and take steps toward healing, the Presbyterian Church (U.S.A.) is planning to host a Week of Action Aug. 24-30.

The week will provide a variety of ways for Presbyterians and other individuals to show their support for the Black Lives Matter movement and those who tend to be marginalized by society because of their race, ethnicity, gender or sexual orientation.

“The Presbyterian Church cares, knows what’s going on, and we’re beyond just making statements,” said the Rev. Shanea D. Leonard, the lead organizer of the Week of Action. “We’re hoping that anyone that is willing to and able to will get involved in some way.”

The Week of Action is a collaborative effort by the Presbyterian Mission Agency (PMA), the Office of General Assembly (OGA) and the Administrative Services Group (ASG).

The Week of Action “is an endeavor to provide a public witness that facilitates education, visibility and action that reinforces our PC(USA) statements and policy around the support of eradicating racism and acknowledging that God loves all Black lives,” according to an event description. “By joining together as national staff and the greater Church, we hope to provide faithful leadership in the area of justice, love and equality within our denomination and communities.”

The events will include a Town Hall discussion, Liberation Bible Study, a Twitter Chat, Young Adult Roundtable and film screening. They are intended to reach an interfaith audience as well as Presbyterians around the globe. 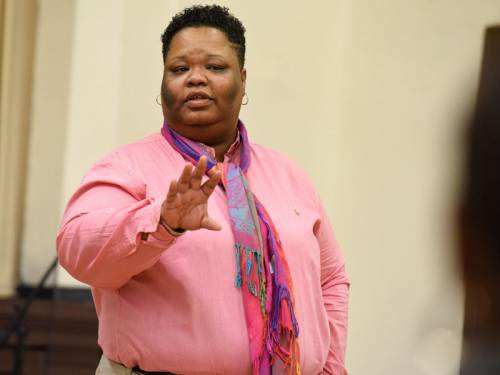 The Rev. Shanea D. Leonard is the lead organizer of the Week of Action. (Photo by Rich Copley)

The week kicks off Aug. 24 with “a Global Day of Solidarity, which will focus on how our global partners are standing in solidarity with Black Lives Matter and the need for justice to prevail,” said Leonard, Associate for Gender & Racial Justice for PMA’s Racial Equity & Women’s Intercultural Ministries. “This event is designed to be an ecumenical response to this social justice uprising.”

Those looking for a better understanding of the Black Lives Matter movement are invited to tune in to the Aug. 25 Town Hall, where panelists will discuss issues pertinent to the movement.

The August 26 Liberation Bible Study “will lay the biblical foundation for justice work and, more specifically, why Black Lives Matter,” Leonard said. “People don’t even realize that the Belhar Confession says that God loves Black lives. That is important to note: Black lives actually matter to God. This confession shows that we as a denomination have already taken a stance. Therefore, what this Week of Action is doing is fulfilling that which we’ve already said.”

One of the highlights of the week is the Justice Rally on Saturday, Aug. 29. This event will be a simultaneous event in cities and presbyteries across the country. “It is intended to be an interfaith collective faith voice that exemplifies our public witness,” Leonard said.

The main portion of the rally will be in Louisville and include various speakers and artists who will join together to demand that justice prevails. Speakers will include the Rev. Dr. J. Herbert Nelson, II, Stated Clerk of the General Assembly of the Presbyterian Church (U.S.A.), and the Rev. Dr. Diane Moffett, PMA’s president and executive director. 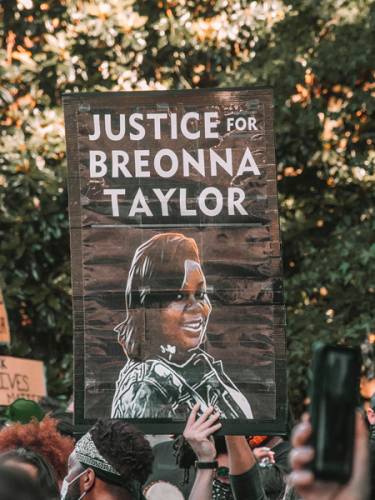 The death of Breonna Taylor, who was killed by Louisville police, has sparked protests across the country. (Photo by Maria Oswalt on Unsplash)

The Week of Action follows months of protests in various parts of the country, as well as other parts of the world, over racism and police brutality in the United States. The deaths of unarmed African Americans, such as George Floyd, Breonna Taylor, Tony McDade and Ahmaud Arbery, brought the long-simmering issues to the forefront.

“In this particular season of social unrest and what I really think is the modern-day civil rights movement … it’s important that the church remain relevant,” Leonard said.

“We are being the hands and feet of Jesus,” Leonard said. “We are doing what it actually means to be a Matthew 25 church.”

At least 565 churches, groups and worshiping communities have accepted the Matthew 25 invitation, which was extended April 1, 2019, according to a Presbyterian News Service article last week. It also noted that 42 mid councils — representing 6,070 congregations — have agreed to take on one or more of the invitation’s three focus areas.

The Week of Action will conclude with congregations participating in service projects to benefit people outside their church walls.

By the end of that week, “we wanted to make sure that we reached everyone in a way that lets them know that they’re not forgotten, that their voice and their energy is needed in this movement and that this is the work of the church,” Leonard said. “As I always say, there is no Jesus without justice.”