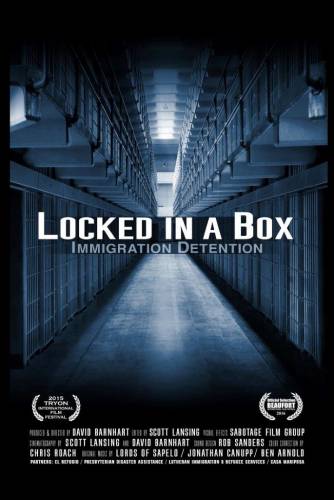 LOUISVILLE – Tackling complex societal issues is never an easy task, but thanks to the creative talents in Presbyterian Disaster Assistance (PDA), congregations have access to original films that can serve as “conversation starters” for their ministry and community. Locked in a Box: Immigration Detention follows individuals held in the U.S. immigration detention system, and Kepulihan: When the Waters Recede reveals the 10-year aftermath of the 2004 Indonesian tsunami through the eyes of a survivor.

These two short documentary films have captured awards and the attention of film festivals throughout the country, and are also available for screenings to congregations seeking to raise awareness, connect community, and equip members to organize or engage on important issues such as immigrant detention and disaster recovery.

“Churches seem hungry for these kinds of story resources that enable them to host conversations about relevant and complex issues,” says David Barnhart, documentary filmmaker and associate for Story Ministry with PDA. “It allows them to ask the question, ‘how are we called to respond?’” He produced and directed both documentaries.

Since the 1990’s there has been a massive expansion in the federal immigration detention system, with up to 34,000 immigrant detainees imprisoned on any given day, many in for-profit prisons. Locked in a Box uncovers the stories behind several prisoners and the people who visit them. Produced in partnership with Lutheran Immigration & Refugee Services, the film strips away the political rhetoric to reveal the human toll caused by detention. To date, the film has been screened more than 100 times at film festivals and other venues, including the Tryon International Film Festival, Covellite Film Festival, Beaufort International Film Festival, Georgia Latino Film Festival, and the Chicago International Social Change Festival. It won the Morris Film Award for outstanding achievement in filmmaking at Tryon in 2015, and a DeRose Hinkhouse Award.

In light of the recent Department of Justice directive to eventually end its use of privately operated prisons, it’s also a very timely film.

“That is a huge first step in what will hopefully be a massive shift away from for-profit prisons and for-profit immigrant detention centers,” says Barnhart, referring to the DOJ proposal. “Detention centers are a billion-dollar industry built on bed quotas that profit off the vulnerable and the destruction of families and children. Locked in a Box is a resource for organizing and engaging people on multiple levels around the issue of mass incarceration and immigrant detention.” 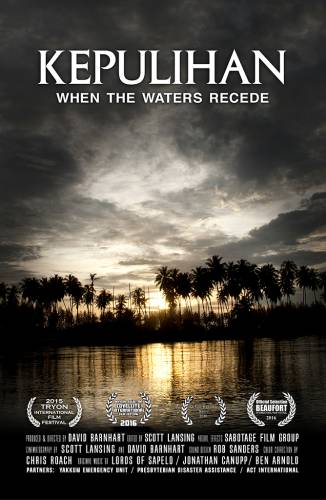 Upcoming screenings for Locked in a Box include October 21 at the McCormick Theological Seminary’s McCormick Days and November 1 at Emory University in Atlanta. The film will also be screened in cities from Washington D.C. to Los Angeles as part of a Young Adult Volunteer (YAV) Alumni event, YAVA Day, October 22. It will be followed up by a discussion on how young adults can organize advocacy efforts in their own cities.

“This year’s YAVA Day gathering is around the theme ‘Locked in a Box,’ and we’re hopeful the film can create opportunities for further advocacy,” said YAV associate Blake Collins. “This could mean beginning frequent visitations to detention centers, or simply creating conversation around topics that YAV alum are passionate about. It’s a great opportunity to revisit the core tenants that YAVA focused on during their YAV year, which includes cross-cultural mission, intentional community, and simple living.”

The airing of Locked in a Box at YAVA Day completes a circle of sorts for Barnhart, a YAV who served in Argentina in 1996-97. “He’s doing great things to raise awareness for the church,” said Collins, referring to Barnhart. “Thanks in part to the experience and support he gained as a YAV back in the 90’s, and we’re proud that he’s a YAVA.”

Kepuhilan: When the Waters Recede records the thoughts, reflections, and insights from Pak Yadi over a ten-year period. Yadi buried 15 family members in the aftermath of the earthquake and subsequent tsunami which devastated Sumatra, Indonesia in 2004. Kepuhilan is an Indonesian word for “healing” and “recovery;” the film follows Yadi as he moves forward to rebuild his life and community amidst loss and devastation. It also won the DeRose Hinkhouse Award and has been screened at the Covellite and Beaufort Film Festivals.

PDA ministries also developed Trigger: The Ripple Effect of Gun Violence, which examines the ripple effect that one shooting has on a survivor, family, community, and society. It’s told from the perspective of those who have been directly impacted by, and called to respond to, gun violence.

Currently in production are documentaries on responding to gun violence, the water crisis in Flint, and the Syrian refugee crisis.

To inquire about purchasing any of these films on DVD, or to host a screening for your congregation, email pda@pcusa.org. For information about YAV and YAV alumni events, click here.