‘Our faith is something we can champion’ 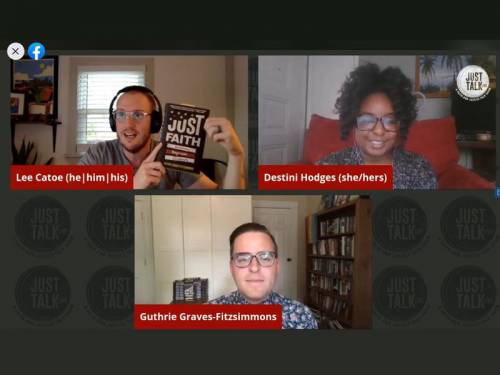 LOUISVILLE — It’s time for progressive Christians to stand up and be bold about their faith.

That’s according to author Guthrie Graves-Fitzsimmons, who recently discussed the need to counter the myth that all Christians are conservatives.

There are millions of progressive Christians, and “you will find great churches that are out doing great social justice work” across the country, Graves-Fitzsimmons said while appearing on the Presbyterian Church (U.S.A.) web series “Just Talk Live.”

However, “I kind of have sensed this unease by a lot of progressive Christians in talking about our faith in public,” he said. “… I believe our faith is something that we can champion.” 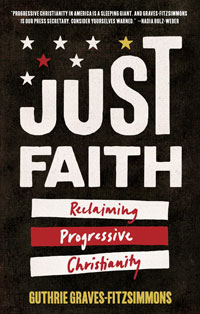 The guest appearance earlier this week by Graves-Fitzsimmons coincided with the release of his book “Just Faith: Reclaiming Progressive Christianity,” which is intended to be a rallying cry for progressive Christians to fight for the things they believe in.

“There’s a lot of work to be done to just be like, ‘We exist. We’re here. We’re not anomalies,’ and yet I encounter so many people who think we are,” said Graves-Fitzsimmons, a fellow with the Faith and Progressive Policy Initiative at the Center for American Progress.

That’s at least partly because “conservative Christians have been so loud and effective” at getting their voices heard, he said.

Progressive Christians can push their own messages out by using social media and other tools as forces for good, he said.

“I’m encouraging people to be a little bit more vocal,” he said, and “if they are convicted to be involved in these movements because of their faith, to talk about that,” just as Rep. Alexandria Ocasio-Cortez (D-N.Y.) has done.

He also noted that being a progressive Christian is nothing new, although it might sometimes feel that way in a landscape dominated by conservatives. 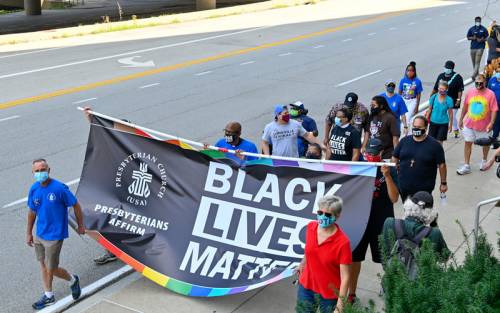 The Presbyterian Week of Action, which included a Justice Rally and March last month, was an example of progressive Christians speaking out on social justice issues. Rich Copley / Presbyterian News Service

“There’s a long history of people putting their faith into action for the common good, for human dignity, for civil rights, for so many different issues — for the environment,” he said. “… I want us to reclaim that.”

In that vein, he’d like to see Bible study groups and Sunday school classes reading his book and “discussing what does this long tradition mean to us, and how are we living it out in our local community?”

He also hopes to motivate young people. “Don’t let the kind of institutions and the way things have always been done deter what you believe is right,” he said, adding, “Christians should be the boldest people.”

Graves-Fitzsimmons was interviewed by Lee Catoe and Destini Hodges, co-hosts of “Just Talk Live,” a weekly web series from Unbound, the online Christian social justice journal of the Advisory Committee on Social Witness Policy, and the Young Adult Volunteer program of the PC(USA). Catch up on past episodes here.