Noah Westfall builds community wherever he happens to be 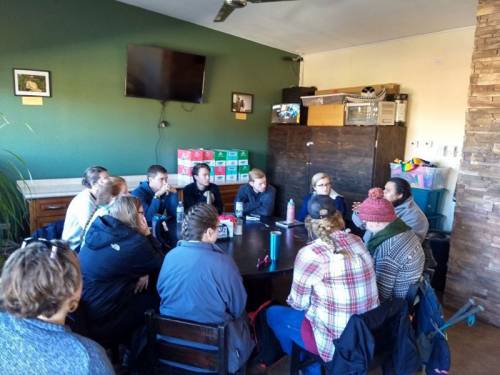 LOUISVILLE — During his junior year at Santa Clara University in California, Noah Westfall learned about the need for volunteers to assist new immigrants preparing for U.S. citizenship exams through the Immigration and Citizenship Program in Santa Clara County.

“I assisted with writing exercises and used flash cards to help the students study American history, geography and civics,” Westfall said. “I soon learned how difficult it is to become a U.S. citizen.” Even though he grew up in the United States, he readily admitted, “I personally did not know the answers to many of the questions.

“While I did not have to earn my way into the U.S., I felt like I was learning right alongside them about what it means to be an American.”

His work with immigrants reminded Westfall of the stories his grandparents shared with him about their growing-up years in a rural village in southern China, as well as their immigration to America to escape the turmoil of the Chinese Communist Revolution. He said he has reaped the benefits of his grandparents’ tremendous courage and hard work.

“Strangers do not just come from across our shores,” Westfall said. “We have marginalized people in our own neighborhoods, people who are alienated and suffering in our own communities. Whether they are refugees, immigrants or our neighbors, I believe everyone is welcome to the table.”

Westfall said his volunteer work in the citizenship exam practice sessions, held at the Center for Employment Training in San Jose, were especially meaningful and led him to apply to serve as a Young Adult Volunteer (YAV), based on the campus of Austin Presbyterian Theological Seminary in Austin, Texas. The YAV program, an ecumenical ministry of Presbyterian Mission, offers a faith-based year of service for 19-to-30-year-olds at sites throughout the U.S. and around the world. 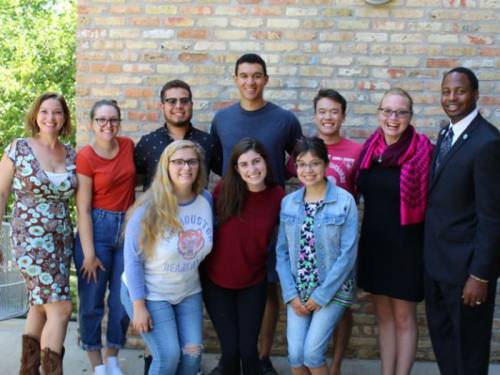 Noah Westfall, third from the right in the back row, said he’s enjoying living in intentional Christian community with other Austin Young Adult Volunteers and AmeriCorps volunteers who share a house on the campus of Austin Presbyterian Theological Seminary. (Contributed photo)

Work placement is a significant part of every YAV experience. Westfall’s work with Texas Impact and its sister organization, Texas Interfaith Center for Public Policy, has involved grassroots education and public advocacy aimed at addressing social issues to help policymakers improve conditions for families and communities throughout Texas. He’s had hands-on experience in the research phase of a report: “Time & Treasure: Faith-Based Investment in Hurricane Harvey Response,” related to faith-based relief and recovery efforts after Hurricane Harvey, which struck Houston and southeast Texas in 2017, leaving behind $125 billion in damage.

“We hoped to use this information to give a greater voice to the faith community when responding to disaster and to improve coordination and collaboration among the many agencies and organizations involved,” Westfall said. “I knew almost nothing about the legislative process before starting my YAV year. I have learned so much about the process, and it has been incredible to follow a bill (Texas’ House Bill 3616) that we have been working on.” The bill looks to be in good shape, he said. Westfall anticipates the bill will pass in the Senate and be signed by Gov. Greg Abbott. The bill creates a task force of faith leaders with expertise to improve the coordination of recovery efforts following disasters such as Hurricane Harvey.

After he completes his year of YAV service, Westfall will pursue a master’s in public health with a concentration in health policy at George Washington University in Washington, D.C. “I’m very excited about starting the program because I see it as an extension of what I have been doing in my (YAV) service year,” Westfall said. “I am looking forward to addressing major social issues from a public health perspective and working to improve the health and well-being of overall communities.” 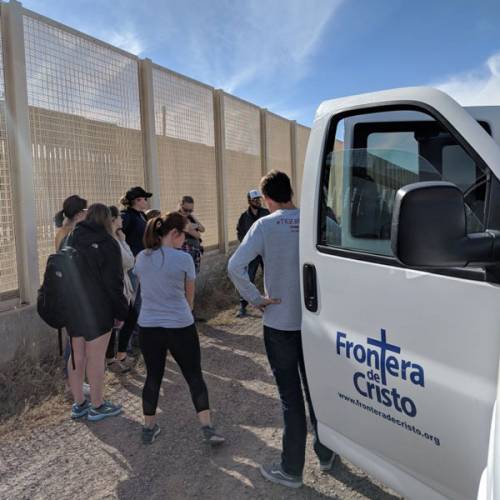 Westfall’s YAV experience has included spending a week in Tucson and Agua Prieta, Mexico, for a Frontera de Cristo border ministries immersion trip with several other YAV sites. “We shared meals with those migrating and had an opportunity to listen to the stories and experiences of people living on the border,” Westfall said. “We were shown such hospitality.”

The immersion experience was an eye opener in that the YAVs were simply asked to be present in the space and listen, not to do or fix anything. “It required a shift in perspective,” he said. “I’m beginning to realize that if one wants to make a difference, one needs to live in that community and imbed themselves in that space, rather than arriving for a short time and leaving.”

One evening during the border ministry immersion, Westfall and the other YAVs took part in a prayer vigil with several people in the Agua Prieta community. Each person was given several white crosses, each bearing the names of people who had died while trying to cross the border. Also written on the crosses were the birthdates of deceased and the dates their bodies were found.

“We walked along a busy street going into the port of entry on the U.S. side,” Westfall said. “It was powerful to hold the cross in my hand, feeling the weight of the names; to see the dates and realize that some were not far off from my own.

“It was powerful to see the drivers looking over, perhaps some reading the names,” he said. “Maybe they knew one of those names?” As each participant held up a cross, saying a name out loud, in unison they all responded, “Presente!” 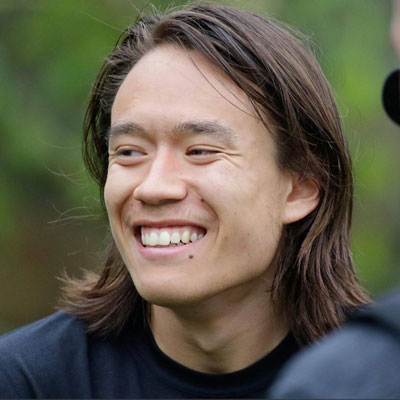 The vigil reminded him of his own grandparents and how they were fortunate to have escaped the revolution in China. “I’ve heard stories about how my gong gong [grandfather] shined shoes in the city to support his family and eventually saved enough money to go to college. They worked hard and took a leap of faith to find a better life in America.”

“Holding the crosses made me sad because it represented a broken dream,” Westfall said. “The promise that my grandparents were able to achieve is not a reality for so many people.”

Westfall said, “A white cross cannot replace a life. The prayer vigil was a good reminder for me and my calling as a Christian. I am working to build a world where we finally do not need to carry crosses for people trying to cross.”

The Young Adult Volunteer Program is one of the ministries of the Presbyterian Church (U.S.A.) supported by the Pentecost Offering. The offering is traditionally received on Pentecost Sunday, which this year falls on June 9.

Apply to be a YAV
Since the early 1990s, more than 1,700 young people have prepared for a lifetime of change through the ecumenical, faith-based YAV program at sites in 45 U.S. cities and 19 countries. There’s still time to apply for a year of service as a Young Adult Volunteer in the 2019–20 year (August to August). Spots are available at several national sites. To learn more, follow @yavprogram on Twitter and apply by June 1.