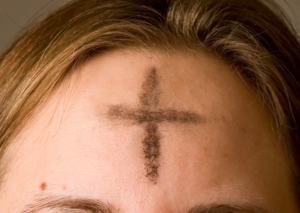 LOUISVILLE – As another Lenten season begins tomorrow for Christians in the U.S. and across the globe, the Office of Theology and Worship of the Presbyterian Church (U.S.A.) will offer helpful insights into the history of Ash Wednesday as well as reflections on its contemporary relevance and practice for Presbyterians through a variety of resources.

On Ash Wednesday, March 1, at 3 p.m. EST, the Rev. Dr. Charles Wiley III, coordinator for Theology and Worship, will be live on the PC(USA) Facebook page to speak briefly about the Christian festival from a Reformed perspective and to explore a variety of spiritual practices appropriate for the Lenten season.

“We often speak of giving things up for Lent,” Wiley said. “My hope for this Wednesday’s live broadcast is that we do so by reflecting on Isaiah 58:6, which reads, ‘Isn’t this the fast I choose: releasing wicked restraints, untying the ropes of a yoke, setting free the mistreated and breaking every yoke?’ What the Reformers despised about the practice of Lent in their day was that it was seen as a hollow discipline. What Pope Francis recently wrote in his annual Lenten message — that what we should give up for Lent is indifference to others — is exactly what the Reformers were after.”

“First to return were the celebrations of Christmas and Easter, which had been eliminated by Puritan reformers and avoided by Presbyterians in North America for two centuries,” said Gambrell, who serves as associate for Worship for the Presbyterian Mission Agency. “The 1906 Book of Common Worship and subsequent revisions gradually began to add to the repertoire, beginning with resources for Advent, Christmas, Good Friday and Easter. The 1961 United Presbyterian Church in the United States of American (UPCUSA) Directory for Worship introduced a reference to Lent, and a decade later the 1970 Worshipbook became the first Presbyterian service book to mention Ash Wednesday. A few years after the 1983 reunion that formed the PC(USA), the 1989 Directory for Worship provided for ‘Lent, a season of spiritual discipline and preparation, beginning with Ash Wednesday, anticipating the celebration of the death and resurrection of Christ’ (Book of Order, W-3.2002). The 1993 Book of Common Worship offered a full service for Ash Wednesday, but with the imposition of ashes as an option in brackets.”

In addition to the Facebook Live broadcast tomorrow, and the various worship and other resources for Ash Wednesday and the season of Lent that are available on the Presbyterian Mission Agency’s website, the Rev. Dr. Tammy Wiens, associate for Christian Formation, will be tweeting weekly Lenten devotions geared primarily toward college students and young adults from the @UKirk Ministries Twitter account.

“What might Presbyterians take from the Reformation’s 500-year legacy that could inform today’s Lenten practice,” asks Wiens in a paper she recently wrote titled “Giving Up Calvin.”

“If Calvin’s chief opposition to Lent was around fasting, then we should not worry that we’ve become overly zealous in our Lenten devotion,” she says. “Not many Presbyterians — if any — take on the extreme fast prescribed by the Latin Church in the 15th and 16th centuries. We are far less radical in our fasting. For us, fasting means to ‘give up’ something during Lent by removing one thing from our diet. … An expanded notion of Lenten ‘fasting’ might encompass something other than food … and there is [also] the possibility of honoring Lent through adding a practice instead of abstaining from a practice. We might ‘add’ a meditative walk or more mindful eating practices. Any of these spiritual practices are perfectly in line with Reformed theology if we are engaging them as a means of increasing attention to Christ.”

With exactly that approach in mind — adding a practice instead of abstaining from a practice — the Presbyterian Mission Agency’s office of Ministries with Youth has just produced a new Lenten Quicksheet, “Lent: Pray, Fast, Love,” which is available as a free download in English and Spanish. The Lenten resource includes practical ideas for helping youth explore the season of Lent.