Share God’s love with our neighbors-in-need around the world through One Great Hour of Sharing.
Make A Donation Click Here >
Home › APCE workshop looks at spiritual development during the ‘Third Thirty’

We may decline as we age, but spirituality keeps growing until the day we die 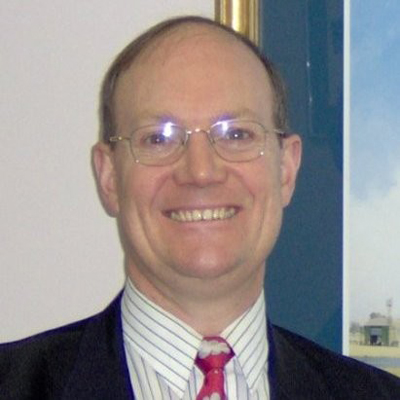 LOUISVILLE — While many people in their “third thirty” face problems related to health, loneliness and the inevitable slowdown that aging brings on, one constant in their life — and for many people it continues to grow until they depart this earthly realm — is their spirituality.

Chris Pomfret of New Orleans, a retired aerospace engineer from Ohio who has written and spoken about spirituality for the Presbyterian Older Adult Ministries Network, led the workshop “Spirituality in our Third Thirty: Our Best Asset as we Age?” last week during the Association of Presbyterian Church Educators’ national event, the first to be held online.

When he founded The Third Thirty, targeted at people age 60-90, Pomfret said he had in mind “how we embrace challenges rather than ignoring them and being surprised.”

“Things happen as life goes on, and life is finite,” he said. “We have to face up to the realities of the final stages of our life.” He said he founded the organization after watching his parents age and pass away in his native United Kingdom. “They struggled as they gold older. There was some fear there, too. I felt like there was a better way than that.”

The Third Thirty can be illustrated in graph form, which shows a person’s development growing steadily during the first 30 years, leveling out for the next three decades, then declining precipitously from age 60 or so on. But a spirituality overlay starts at zero at birth and rises steadily throughout one’s life.

“It’s hiding in plain sight,” Pomfret said of the ascending spirituality line. “We don’t know it’s going to be our best asset, but it’s growing all our lives.”

Pomfret said spirituality can take on deeper meaning as we age. Possibilities include “being at peace with our age and our mortality,” “feeling gratitude for our life,” “practicing forgiveness,” “providing effective mentorship,” “leaving a legacy,” “harvesting our lives” (also known as a life review) and “showing appreciation to others.”

But like most good things in life, developing one’s spirituality requires work. With a nod to mindfulness teacher Alfred James, Pomfret called spirituality “an internal harmony that allows one to endure the most harrowing of circumstances.”

The goal of developing our spiritual gifts, he said, is “to heal and empower yourself.”

He offered up these practices for further one’s spiritual development during the third thirty:

He asked participants to discuss in small groups whether one must have a faith in order to be spiritual.

“The challenge as church educators,” he said, “is to show how religious faith can feed spirituality. Maybe we have to draw people’s attention to it.”

Keep at it, he suggested, because spirituality can be one of our greatest assets as we grow older.

“Spirituality is not delivered to one’s door,” Pomfret said. “You have to search, find it, practice it, and then repeat it, over and over. You don’t find it all in one go. You find it in pieces.”