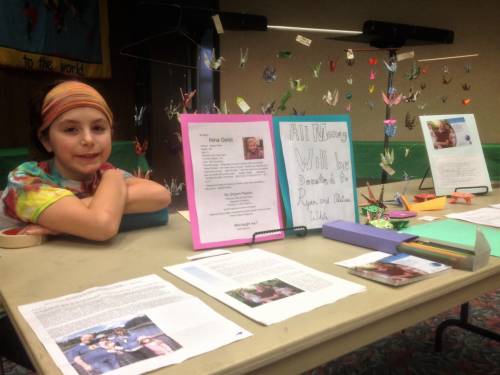 LOUISVILLE — When mission co-workers speak at churches around the country, they seek to educate. But sometimes they motivate, and that’s what happened to Nina Geist, a fourth-grader at Rogers Park Elementary, who attends First Presbyterian Church in Anchorage, Alaska.

At a church Advent party recently, she learned from a volunteer how to fold paper origami cranes. The congregation was focusing on the peace candle as the Advent theme that week, so Nina wanted to raise money for a peacemaking charity. She thought about worthy local organizations, such as the Food Bank of Alaska and the Downtown Hope Center. Ultimately, she was determined to support efforts to foster peace. Just a few days later, mission co-workers the Rev. Ryan and Alethia White, serving in Germany, got an email. The decision was made. The funds had already been donated.

“Your efforts in Berlin are inspiring and have impacted my nine-year old-daughter Nina too,” wrote Marcus Geist. “We recently had a strong earthquake here that left kids out of school for a week while their schools were certified safe by engineers. Nina spent a lot of that free time making origami cranes which she told me repeatedly were symbols of peace. She decided to offer her crane mobiles at our church’s alternative gift market and donate the money collected to your work as you are promoting peace. We have posted the donation to your Presbyterian Mission account. God calls us to be peacemakers, not to just pray for peace, or hope for peace, or wish for peace. Your deliberate actions are celebrated here.”

Ryan and Alethia White began their work in Germany in 2013, feeling a special sense of call to pursue a ministry of reconciliation.

“We are passionate about reconciling relationships across cultural, religious, and political divides, with the hope of promoting sustainable and peaceful partnerships,” Alethia White said. “Through entering relationships with others, by listening to their stories and extending hospitality, we participate in this ministry as a family.” The Whites have two daughters, Ariella, born just a year before they were appointed to mission service, and daughter Laila, born in June 2015.

The White family was incredibly touched that Nina felt so motivated to support them after they visited her church last summer. She kept their prayer card and an idea was born. 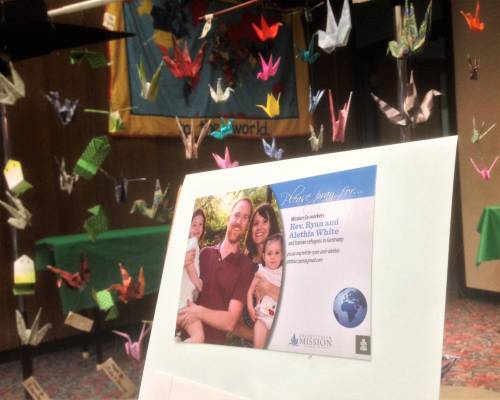 “Nina’s action to make cranes and sell them to support the ministry in Berlin was very inspiring, especially as we think about how to talk with our daughters about the importance of being a peacemaker and helping support initiatives in our communities and around the world,” said Ryan White. “It was especially meaningful that Nina thought of this action during a time when her community was recovering from a significant earthquake and her school was closed for structural examination. As we were praying for the community of Anchorage and the supporting congregations there, she was making cranes and selling them to raise donations for the ministry in Berlin — an example of the connection as communities across the globe and the importance of sharing stories of faith and action with one another.”

Marcus Geist said his church knows the importance of welcoming refugees. They host a South Sudanese congregation that gathers Sunday afternoons in the chapel and he has taught English to some of their members.  “While Alaska may seem geographically distant from so much of the world, we are fortunate for opportunities to connect with our sisters and brothers around the globe by supporting peacemaking,” he said.

According to Marcus Geist, the family plans to embrace the opportunities to learn about diverse cultures. “As a family we visited Nicaragua a few years ago and Nina has always been aware of a bigger world.  We have been supporting five students each year at schools in Haiti for the past ten years and we typically receive their photos in the fall. Nina always likes to post the pictures on our dining room wall.  Hopefully all of us can look at travel, maps, and news stories and not simply see places, economies, or countries — but always think of the people first.” 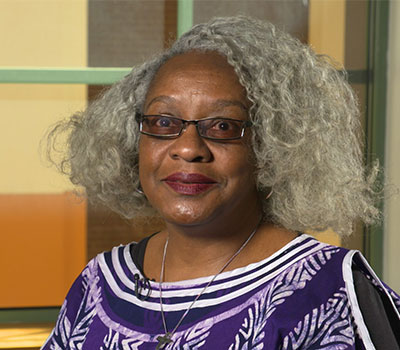