Make A Donation Click Here >
Home › ‘An outpouring of solidarity, care and concern’ 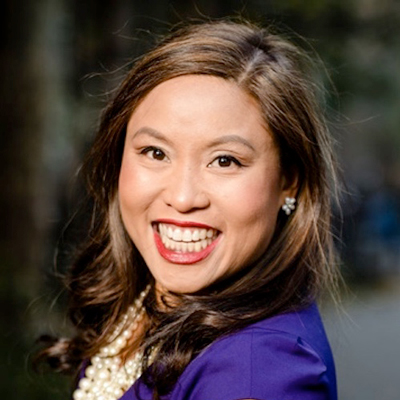 LOUISIVILLE — At the Lived Theology in Asian Americab Conference on race, justice and politics held last week, Dr. Melissa Borja of the University of Michigan shared what she and her research team learned as they tracked stories in the media about anti-Asian racism and resistance to it over the past year.

“I’m going to talk about an issue that is on the hearts of many of us right now and that is the problem of anti-Asian racism and violence,” she said. “But I also hope that what I’m presenting to you is an opportunity for you to think about how Asian Americans are working for change.”

While much of recent attention of crimes against Asian Americans has been focused on last month’s killing of six Asian women who worked at Atlanta-area massage parlors, Borja’s research focused on racism  against Asian Americans during the first year of the pandemic. As early 2020 reports of the coronavirus began to emerge from China, researchers began looking at newspaper articles, which they kept reading through the end of the year.

Aware of the deeply rooted anti-Asian racism in the U.S. — in the late 19th century Chinese immigrants were called a “yellow peril” — Borja’s team discovered that racism and violence began to rise against Asian Americans in March 2020.

Violence had declined in the early part of the 21st century. But when the pandemic became global and the news media reported that President Donald J. Trump and others were referring to coronavirus as the “China virus,” the number of Asian Americans experiencing physical, verbal, and non-verbal harassment and racist statements increased. According to preliminary data in this study by the Center for the Study of Hate and Extremism at California State University, San Bernardino, reports of Asian Americans experiencing hate crimes increased by 145% in 2020.

The incidents receiving the most coverage were hate crimes, including the report in March 2020 of members of an Asian American family with two children, ages 2 and 6, who were stabbed while shopping in Midland, Texas. According to Borja, much of the coverage of anti-Asian American racism was in California and New York. Fourteen different Asian American ethnic groups were mentioned in news media articles reporting racist acts against every age group, in just about every state.

“Some were children, attacked while walking with their parents to school,” she said. “Elderly were targeted, and 64% of all incidents were reported by women.”

Borja paid close attention to some of the religious dimensions when looking at the stories of Asian American groups resisting racist acts.

She found there were ecumenical, interracial and interfaith components in the resistance.  Early on, both the Rev. James Martin, a Catholic progressive priest, and the United Church of Christ spoke out against the rhetorical language which blamed Asian Americans for the virus. And recently Keith Ellison, a Black Muslim man and Minnesota’s attorney general, and Jonathan Greenblatt, a white Jewish man and the CEO/national director of the Anti-Defamation League, wrote a joint editorial about working together in solidarity with Asian Americans against anti-Asian violence and hate.

“I know the first people to show support for Asian Americans experiencing racism in Indianapolis, where I live and do some local organizing, were Muslim groups,” Borja said, “because they remembered the injustices of what it was like for them after 9/11.” 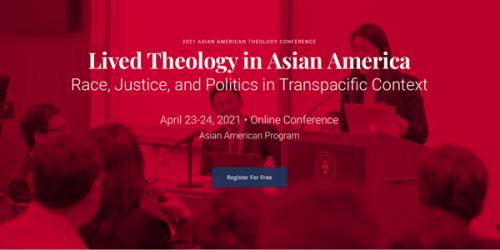 Borja encouraged the 1,200 registered conference attendees from 34 countries to join in by resisting anti-Asian racism.

“The U.S. Senate just passed the historic bipartisan COVID-19 Hate Crimes Act,” she said. “All over the country, people are issuing statements, rallying around business that are vandalized, and church groups are taking donations. There’s been an outpouring of solidarity, care and concern.”

The Lived Theology in Asian America Conference on April 23-24 was sponsored in part by Princeton Theological Seminary and by the Presbyterian Mission Agency.