Make A Donation Click Here >
Home › After Ida, Louisiana Presbyterians making sure no one is overlooked 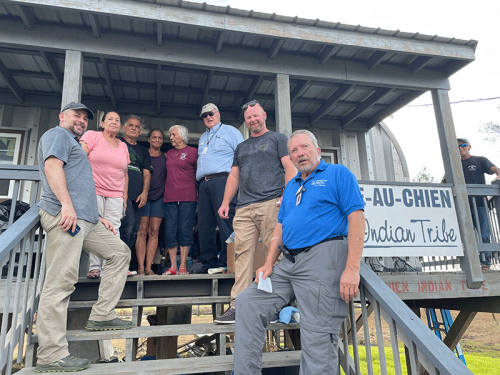 LEXINGTON, Kentucky — On Sept. 7, a group from the Presbytery of South Louisiana was delivering supplies that had been coordinated through the Lowlander Center when it visited the Pointe-au-Chien Tribe southwest of New Orleans.

“They said they haven’t even seen a sheriff drive by, much less any other governmental response,” said Richard Williams, interim general Presbyter of the South Louisiana Presbytery. “They cleared their own roads. They’re kind of outside of any type of other response, other than we’ve joined groups in New Orleans and through the church and are taking supplies down.”

It has been a long week and a half since Hurricane Ida struck Southern Louisiana, dealing another round of high wind and flooding rains to a region that has seen more than its fair share of natural disasters in the past few years. There were signs that some sense of normal may be returning to the New Orleans area Wednesday, like schools planning to reopen Sept. 15. But it was clear to the presbytery staff as well as Presbyterian Disaster Assistance that there is plenty of work to be done and communities in danger of being overlooked. 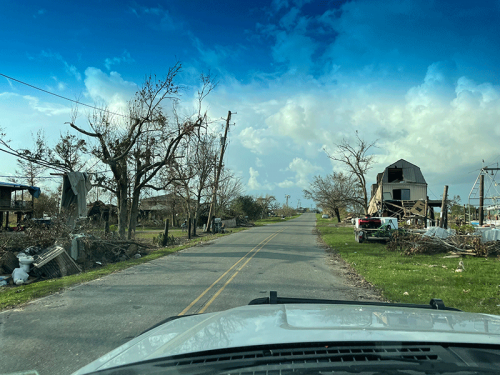 Damage from Hurricane Ida on the way to the Pointe-au-Chien Tribal Center. (Photo by Richard Williams)

“We try to respond both to where the need is greatest, but also to the places where traditional forms of recovery and relief overlook,” Williams said. “So that tends to be people that were marginalized before storms often are marginalized in the response as well. So, we’re trying to both direct our relief and direct advocacy towards our governmental partners like FEMA to make sure that they maintain focus on equity.

“Southwest Louisiana has seen that shift from (2020 Hurricanes) Laura and Delta, under a previous administration with a very inadequate FEMA response and a very openly racist one, to now having a lot of language around equity, and we want to make sure that that is a reality, not just aspirations,” Williams said.

The Rev. Jim Kirk, Presbyterian Disaster Assistance’s (PDA) Associate for National Disaster Response, said over the years he has heard plenty of stories about the difficulties dealing with the Federal Emergency Management Agency (FEMA), but that “it’s not your grandparents’ FEMA anymore.” Kirk said FEMA has worked to become a more user-friendly agency providing more services and making them easier to access. For instance, he recalls that when Hurricane Katrina struck in 2005, people had a hard time proving home ownership in order to get financial help restoring or replacing their home. Now, he says, FEMA is accepting other forms of documentation, helping to ease the process of getting help.

But in a disaster the scale of Ida, which also heavily impacted the Northeastern United States, it is going to take everyone, including the faith community, working together to address immediate and long-term needs.

“It kind of numbs your mind driving for an hour, hour-and-a-half through places that are just — you’re searching for houses that don’t seem destroyed,” Williams said. “Our colleague Jim Ellor said that he counted, and I forgot the exact number, but it was seven out of 40 or 50 houses seemed habitable, and the rest all seemed beyond habitable. It’s just hard to see.”

Kirk said PDA National Response Team (NRT) members are working closely with the Presbytery of South Louisiana to assess immediate needs in the region and start developing long-term response plans, though he added that at the moment, “long-term can mean this afternoon.” 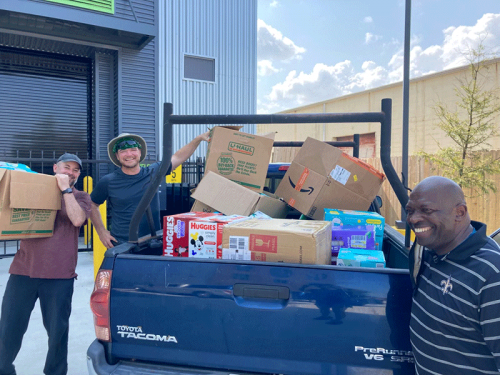 He also said PDA is in touch with presbyteries in Pennsylvania, New Jersey and New York to assess damage and needs in areas that experienced flooding from the aftermath of Ida.

Williams was impressed that most pastors he has been in touch with have reached out to their congregations to check on people and help address their needs as they can. Some churches need help and others can help, he said, as he estimates three-quarters of the presbytery was impacted by the storm.

“It’s a time you find the church is not a building,” Williams said, while adding that church buildings have been valuable as drop-off points for supplies and places where, with generators, people can charge phones and address other needs due to massive power outages. In the Presbytery of South Louisiana, Williams estimates 35 out of the 48 churches were impacted by the storm, 23 sustained minor damage, and two or three sustained severe damage.

A backdrop to all of this is the COVID-19 pandemic, which was surging in Louisiana before Ida struck. The pandemic forced closure of all PDA Volunteer Work Team Sites for more than a year. A few are re-opening, and Kirk says they are hoping to open more in South Louisiana soon. First Presbyterian Church in Orange, Texas, will be hosting volunteers willing to help with rebuilding in response to Hurricane Laura. The work will be not only in Texas, but this site will serve the community of Lake Charles, Louisiana, as well. Contact the PDA Call Center at 866-732-6121 or send your phone number and details about your interest by email to the PDA Call Center.

The Presbytery of South Louisiana also has a site open to address ongoing recovery from hurricanes that struck the region in 2020, particularly Lake Charles. Check the Presbytery website for more information.

Williams said the presbytery has also received support such as Presbyterian camps in the region housing people displaced by the storm and some presbyteries in the region who have sent supplies and financial contributions. 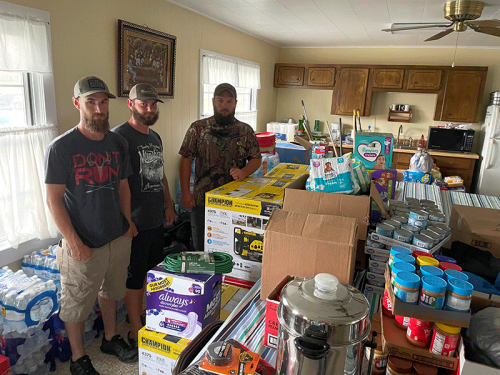 “Many of our supplies and donations have come from presbyteries that are hurricane-friendly presbyteries,” he said, specifically shouting out a Hilton Head, South Carolina church that sent a couple trucks with supplies and Cimarron Presbytery in Oklahoma that sent a cash donation that addressed some immediate, critical needs. “The places that know what it’s like to go through this are quick to respond,” Williams said.

Why is this happening?

What Williams is finding is that in South Louisiana and along the Gulf Coast, they are feeling the impact of climate change, acutely.

“South Louisiana is at the tip of the spear of understanding dramatic climate shifts and increasing storms,” he said. “I know a lot of people might think that hurricanes just always come through. But if you look at the last four years of hurricanes, this is not normal. And I think it is imperative for us to look theologically at how, when some of us are the most affected by their livelihood and their communities where they live, how we respond. Because we’re going to have increasingly hard decisions as to how we adapt to a different climate world, which we’re seeing the day-to-day, but it’s going to be felt much more widespread.”

As storms increase in frequency, Williams said people in South Louisiana hear questions about why people don’t just leave, not understanding the impracticality —impossibility for many — and insensitivity behind those questions.

He said, “As followers of Christ, we know that we need to respond for what is good for all of our body, not just cutting off our ear or nose, because it’s in a place that gets hit hardest.”