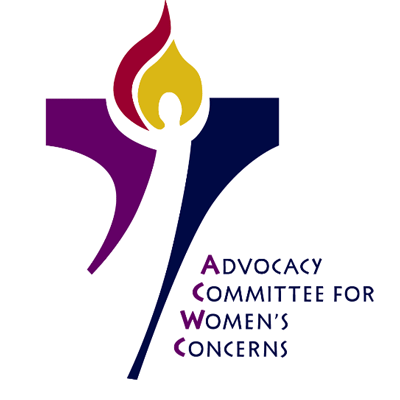 LOUISVILLE — The Advocacy Committee for Women’s Concerns released the following letter on Wednesday:

Across the nation, state governments are stripping away the rights of voters. On Friday, July 16, the women of the Congressional Black Caucus, including the chair of the caucus, U.S. Representative Joyce Beatty of Ohio, were arrested as they sang in the lobby of the Hart Office building on the grounds of the U.S. Capitol. On Monday, July 19, the Rev. Cindy Kohlmann, Co-Moderator of the 223rd General Assembly (2018), and the Rev. Dr. Liz Theoharis, co-chair of the Poor People’s Campaign, were arrested along with about 75 other individuals at the Women’s Moral Monday March on Washington after they refused to heed the warning of police to disperse as they sang and protested for voting rights and a living wage.

The Advocacy Committee for Women’s Concerns, a standing committee of the General Assembly of the PC(USA), calls on Presbyterians around the nation to not be silent, but to raise our voices, actively protesting as state legislatures continue to push the elimination of Sunday voting, shorten the early voting period, remove and limit drop-off locations for ballots, and restrict the opportunity for mail-in ballots (which have the lowest records of fraud of all voting methods).

Women, especially women of color, are being stripped of their right to vote by the actions of these state governments. Many women are struggling to make ends meet by working two or three jobs — jobs which often do not pay a living wage, but that are critical to the success of our society. Many of these childcare workers, teachers and nursing assistants in long-term care facilities, for example, must take on additional paid employment just to cover basic living expenses. While the moral action is to increase their pay to a livable wage, the excessive time and energy their employment requires of them also means these women depend on expansive voting opportunities in order to have the ability to exercise their right to participate in our democracy. We must demand that access for all.

Our Indigenous siblings who live on reservations continue to be denied their right to vote by voter identification laws, such as those requiring a physical address as opposed to a post office box, an option often not available on reservations. As those arrested on Monday said, “We have nothing to lose but our chains.” We must not stand silent as our siblings have more chains heaped upon them.

We urge you to call your senators and your U.S. representatives to demand that the “For The People Act” be passed by both houses. You can access helpful language for that call and double up your message with an email as well by clicking here.

The PC(USA) has taken a clear stand on voting rights and access:

“As Christians, we believe in the powerful ‘already’ of Christ’s revelation of God’s equal love for every person and the ‘not yet’ of the coming realization of God’s reign. As Presbyterians, we believe it is our individual and corporate vocation to engage the ‘already’ of the powers of good and evil for the sake of God’s ‘not yet’ community. As Americans, ‘we the people’ believe in equal rights under the law as well as ‘the pursuit of life, liberty and happiness.’ As Reformed Christians, we know that liberty, equality and fairness of representation require constant vigilance.”

(from the PC(USA)’s “Lift Every Voice: Democracy, Voting Rights, and Electoral Reform”)