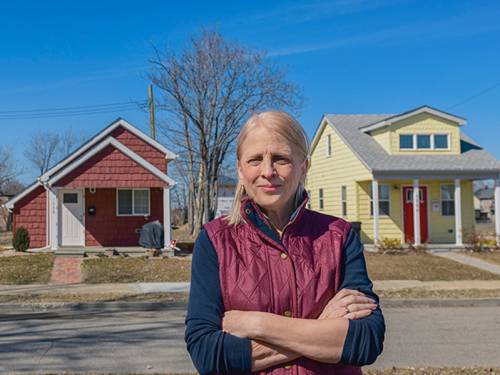 As they have for two previous programs, Rick Ufford-Chase, co-director of Stony Point Center, and the Rev. Paul Roberts, president of Johnson C. Smith Theological Seminary, designed the current course, which runs Monday evenings through Nov. 30. Ufford-Chase provided the Bible study and an overview of the work of his friend and mentor, Jim Corbett, a self-described philosopher and rancher whose thinking Ufford-Chase believes “can be transformative for the whole church.”

Participants also heard from the Rev. Faith Fowler, executive director of Cass Community Social Services in Detroit, which among other services has constructed 27 tiny homes that are in the process of being owned by their tenants.

Fowler is also pastor of Cass Community United Methodist Church, which among other outreaches to the Detroit community provides one million free meals annually. Early on in her ministry, Fowler and others wanted to purchase an apartment building to house some of Detroit’s homeless population. She told the congregation they’d have to put up everything as collateral: the building, the Tiffany stained glass windows, the van, the organ. “This may not work,” she told them. “We might lose everything.”

“They said, ‘Go ahead. We’re the church. We’re not a building,’” she recalled. “There’s something to be said about working with people who understand what urgent need is all about. I grew up middle class. They have had to school me over and over again.”

Cass Community Social Services purchased 30-by-100 foot lots from the city on which to build the homes, which are different from one another inside and out. There are Victorian and Tudor-style tiny homes; others resemble farmhouses. Fowler said the organization is not opposed to rehabbing existing homes — it’s just that the land purchased “looks like virgin land. The last thing built here was a garage in 1974. There’s no NIMBY (not in my backyard) here,” she added. “The neighborhood has been ecstatic.”

The campus is pedestrian friendly, she explained, so that residents can walk to adult education opportunities, the daycare provider or a medical clinic. For the first seven years, residents pay monthly rent of $1 per square foot — between $250 and $400. At the end of seven years, they own the home, since donations to Cass Community Social Services already financed the construction, built largely by volunteers except for the work that requires a license or a permit.

Each month, residents meet with one another to share what they’ve learned about preparing to be a homeowner — such as how often to change the furnace filter or clean debris from the gutters.

When Cass Community Social Services asked for bids to install a security system in each home, one came in much lower than the others. Staff wondered, is this a solid price? So they called the owner of the company.

Twenty years ago, he told them, I was a drug addict and somebody helped me. Now it’s my turn to help somebody else.

“I thought to myself, we should never give up on drug addicts again,” Fowler said. “If they can kick the habit, they become some of the finest human beings on the planet. He gave us this great price forever because somebody helped him.”

John Bon Jovi sent the organization $100,000. “Almost everybody understands what a home means,” Fowler said. “People want to help, but they may not know how. You just need someone who will lower a ladder so you can climb up.” 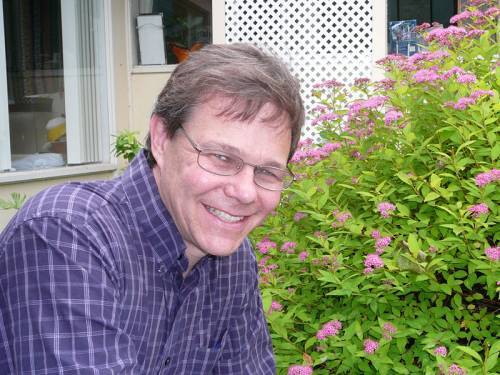 Rick Ufford-Chase is offering Bible study during this, the third Matthew 25 course he created along with Rev. Paul Roberts. (Contributed photo)

On the law, Corbett, a Quaker who died in 2001 and wrote “Goatwalking: A Guide to Wildland Living” and other books, made the distinction between statutes that help us live together and the law, understanding what it means to be a just community.

He said the land — indeed, all of Creation — has rights as immutable as basic human rights.

On community, Corbett said individuals can resist injustice, but it takes a community to do justice.

On covenant, he said the appropriate role of religious communities is not to create creeds, but instead to develop communities that have sufficient trust to develop, embrace and live out a covenant that assures basic respect for the fundamental rights of all Creation.

According to Ufford-Chase, here are Corbett’s seven principles of civil initiative:

Participants then heard multiple readings of Luke 6:1-11, which recounts stories of harvesting and healing on the sabbath. 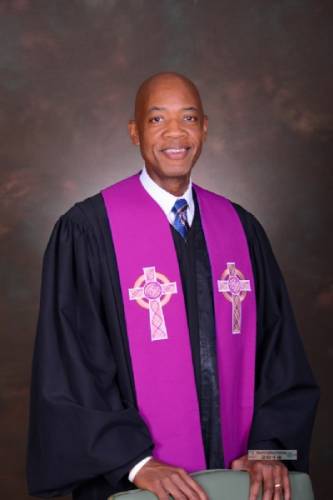 “These stories represent the best of Jim’s philosophy,” Ufford-Chase said. “Jesus saw a need — that the law the community had devoted itself to had been so corrupted they could no longer remember what they were about. His response was to challenge the statute by plucking the heads of grain and healing the man with the withered hand, making a public show of responding to a clear human need and then asking, ‘What are we really about here?’ It seems to me a classic formulation of Jim’s civil initiative that came 2,000 years before Jim thought it up.”

Roberts offered up both an opening and a closing prayer. Drawing the two-hour course to a close, he told the Almighty, “We are struck by the many ways your Spirit moves, and by great ambassadors and disciples who have taught us over the years. As we go our respective ways, grant us peace and rest and a fresh awakening in the morning to resume the work to which we’ve been called to do.”