On the eve of the remembrance, Presbytery of New York City’s executive presbyter has a message of hope for all Presbyterians 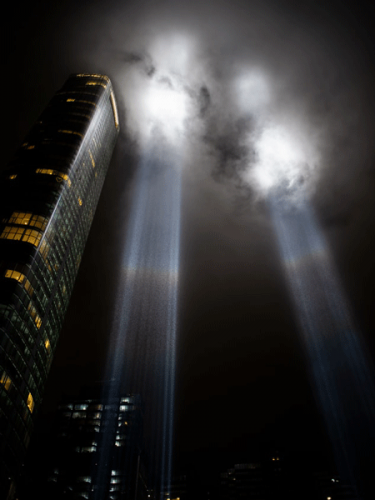 Photo by Jeffrey Blum via Unsplash

Editor’s note: Following is a gently edited letter sent by the Rev. Dr. Robert Foltz-Morrison, executive presbyter of the Presbytery of New York City, to the presbytery’s 89 congregations and 14 worshiping communities.

Dear members of the Presbytery,

The date of September 11, 2001, almost can get lost amid present situations we face in New York City with recent deadly storms, a deadlier COVID-19 virus and the resulting unemployment and rent/mortgage payment concerns, and the cessation of so many in-person church and social activities.

Except that for New Yorkers and this nation, this date will be reminiscent of what a generation older than my own remembered on December 7, 1941, and the warfare that followed. Many of us will recall where we were, what we felt, and how we reacted to terrorist attacks on Sept 11 at the World Trade Center towers, the Pentagon, and possibly the White House, before passengers attempted to regain control of the plane. Ten congregations in the Presbytery of Elizabeth, New Jersey, where I was then serving as executive presbyter, saw lives lost in New York City, the Pentagon, and a field in Pennsylvania.

The impact of 9/11/2001 wrought structural and policy changes with the creation of a vast apparatus known as the Department of Homeland Security, passage of the Patriot Act, a War of Terrorism, and this nation’s longest engaged warfare in Afghanistan. Surveillance exploded legally and illegally, we saw persecution against Muslims, our borders closed to most immigration into the United States, and an initial successful effort to take over a nation in Central Asia morphed into two decades of efforts to export American democratic and security practices to another part of the world we had largely ignored until September 11, 2001.

At home, we also had been ignoring our own faults and injustices: white supremacist groups grew more emboldened; the killings of Black, Asian, and LGBTQ persons continued by the police and citizens empowered with laws providing them with the right to carry and use weapons; political partisanship became more entrenched;  economic, housing, and health inequities grew; climate change wrought vast destructive effects; and, until January 6, 2021, the nation’s capital had not been broached by armed persons since the War of 1812. We have not been immune to the ills affecting other nations.

Where were the churches throughout these two decades?

I cannot give any definitive answer, only some observations. Some Christian churches moved into a form of Christian nationalism. Some moved into ministries of charity and compassion. Some took to the streets in social justice protests with others and to statehouses with advocacy for just policies. Some continued quietly in a manner of little engagement. Some closed, while other new worshiping communities began — both aware that the number persons attending churches and finding them relevant had diminished. Then COVID-19 forced all of us to ask, “What is church? What is its purpose?”

We, too, can overlook our complicity in the ills of our nation and why “church” can seem irrelevant. Then there are crises beyond our comprehension or what our hearts alone can carry. Churches in NYC opened their doors for prayers and spiritual support after 9/11, as many have done again — but virtually — during this pandemic.

As a presbytery you held a memorial service of remembrance 10 years ago in 2011 at First Chinese Presbyterian Church. Beyond the crises we recall, you pursued God’s hope. A few of our congregations have, since 2001, sponsored Muslim refugees and asylees, and still others offered to be sanctuaries for immigrants fearing deportation. When Superstorm Sandy slammed NYC in 2012, with the help of Presbyterian Disaster Assistance, you rolled up your sleeves and helped with cleanup and restoration.

Knowing mental illness and trauma can devastate human lives, many of you attended mental health training seminars to be better informed and caring. Your churches became COVID vaccination sites. With the killings of BIPOC lives (Black, Indigenous, People of Color) and transgender persons, you took to the streets crying “enough” and called for changes to be made. You adopted as a presbytery the Matthew 25 vision to grow vital congregations, dismantle structural racism, and eradicate systemic poverty — hosting seminars on anti-racism, white supremacy, prison reform such as closing Rikers, while feeding the hungry and providing beds for those without a home throughout the pandemic. Four of you facilitated borough cohort groups to grow vital congregations among two dozen of our congregations. And our immigrant and organizing pastors founded what are now 14 new worshiping communities over these past two decades.

With a two-decade long war ending in Afghanistan, more than 50,000 Afghan refugees now have entered our nation. They ponder who will welcome them as we remember why our nation entered theirs 20 years ago. Will the church be so welcoming?

Beyond this war on terrorism we generated, we have come to know massive global crises as climate change and a viral pandemic, which impacted our congregations with storm damage and shuttering of in-person activity so that we don’t lose even more lives as the virus mutates. Technology has shown us spiritual support is not limited to in-person activity alone in church buildings, nor to just crises. Your proclamation of the Word, your promotion of justice crosses states and continents now. Are we, are our Presbyterian buildings, equipped for repurposing ministry into the third decade of the 21st century? “Church” is more than just building, right? You are the church, I am the church, a movement of the followers of Jesus embodying God’s love. 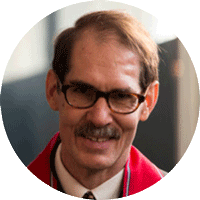 This week we remember the losses on September 11, 2001. We remember losses of many sorts because of what followed. If there is a time for war, the preacher tells us, there is also a time for peace. If there is time to kill, there is a time to heal. And if this has been a time to refrain from embracing, social distancing due to the virus, we pray and seek that time to embrace again — not just as Christians with one another but to aid healing and peacemaking within the divisions that we live among and that can continue to keep us apart.  It may not be easy. It may be the cross we carry to embody such love where we find hate.

Recall your baptism, marked as a child of God. Remember how Christ welcomes and feeds you at his table. God is among us. Messengers and prophets are among us if we have eyes to see and ears to hear, exemplifying God’s love and mercy, peace and justice. You need not look far. You are the messengers and prophets because the Spirit of God dwells with you.

May we so exhibit this on September 11, a time for peace and a time to heal. I also pray it soon becomes a time when so many more of us can embrace again.