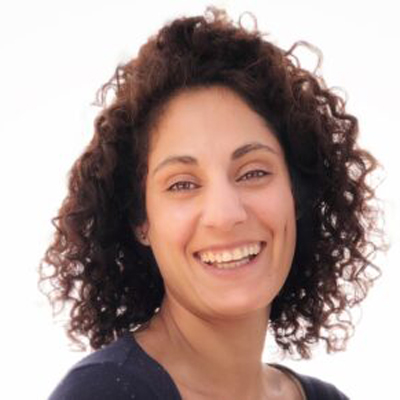 LOUISVILLE — Coming from Lebanon to the United States, Rola Al Ashkar knows a little something about intercultural ministry. As a pastoral resident in multicultural ministry at Parkview Presbyterian Church in Sacramento, California, she understands what it’s like to be a stranger in an intercultural church.

Al Ashkar came to Parkview in 2017 after completing her studies at Princeton Theological Seminary. One of her duties at Parkview is to lead the church and the presbytery in outreach to Arabic-speaking refugees.

The church she serves as a pastoral resident is historically Japanese, she said, with many members descended from Japanese-Americans sent by President Franklin Roosevelt to internment camps at the start of U.S. involvement in World War II. Others joined the church after coming to the U.S. from Japan in the decades following the war.

“The key is practicing mutual inclusion. What’s it like as an outsider? I came from a monocultural background,” she said. “All the cultures represented here are new to me.” Most of the lessons learned during her three years of ministry at Parkview “I learned by making mistakes,” she said.

The biggest challenge she’s had to face over the past three years doing multicultural ministry (the church is in the process of changing the term to “intercultural ministry”) is recognizing cues and cultural boundaries, she said. “If you listen deeply, you learn the cues,” she said. The church has a floral decoration that has been there for decades. “What happens if you get rid of it? That’s what will get you in trouble with people.”

Another challenge she’s come across in intercultural ministry: culture can run the risk of “becoming an idolatrous substitute for the gospel,” she said. “In my congregation, we feel the need to constantly work at not making cultural identity the center of the community, but our faith in Jesus Christ.”

When she first came to Parkview, “I came across as shocking sometimes with the way I express myself,” she said with a smile. “I came from a culture that’s loud and expressive, and the Japanese culture tends to be on the opposite side. They have dealt with me with a lot of grace. They’re very tolerant of theological differences and are truly hospitable.”

A trap for churches trying to do intercultural ministry can be “being selective about the cultures you ware willing to be welcome to,” she said. “This is something we all still need to work on.”