The Rev. Dr. Jake Myers literally wrote the book on how comics can help preachers hone their homiletical humor 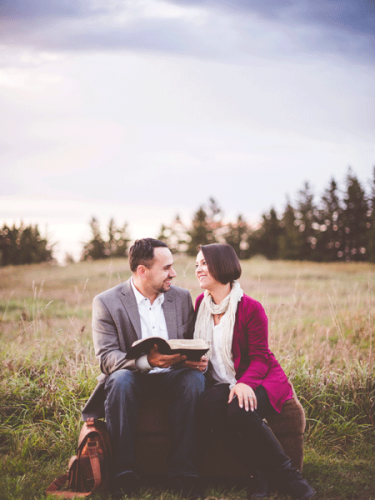 LOUISVILLE — The Rev. Dr. Jake Myers’ recently-completed book, “Stand-Up Preaching: Homiletical Insights from Contemporary Comedians,” will be published in late summer or early fall. Those who attended the Synod of the Covenant’s Equipping Preachers webinar on Wednesday got a sneak preview of how humor can work well, even when it’s delivered from behind the pulpit.

Myers, who teaches homiletics at Columbia Theological Seminary, led a 90-minute webinar called “Preaching Jokes to Power.” The Rev. Dr. Chip Hardwick, interim executive at Synod of the Covenant, hosts the webinars, which are open on the first Wednesday each month to people both inside and outside the bounds of the synod.

“Standup comedy enthralls and terrifies preachers,” said Myers, who served congregations before joining the faculty at Columbia Theological Seminary in 2015. Yet there’s overlap between the stand-up comic and the preacher. Both are alone on a stage. Both use microphones. Both “have an end we are trying to accomplish,” Myers said.

There are differences, of course. “When I preach and I look for reactions, I don’t get the same feedback a comic gets,” Myers said. “No one ever falls out of the pew laughing at my jokes. I have never been heckled in the pulpit. In churches, the standards of decency are elevated from the way they are in the real world. Certain topics are taboo.”

Saint Augustine taught that preachers have three goals: to teach, to delight and to persuade. “I am interested in people who do all three,” Myers said.

Early on in his talk, Myers delivered this disclaimer: Sermons involve a “serious person proclaiming serious words in a serious way. Stand-up comedy seems to be the opposite,” Myers said. “Will our efforts help people think we don’t take this task as seriously as we do? A comic doesn’t have to bury someone’s mom the next day or marry someone’s kids the following weekend.” 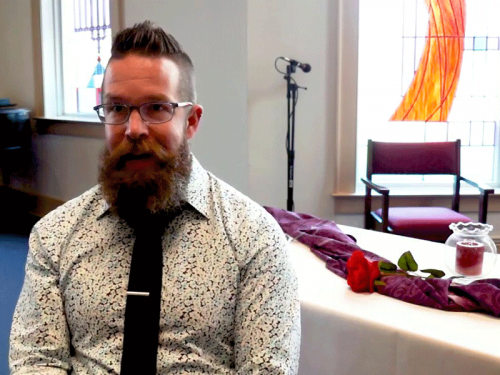 He asked webinar participants, nearly all of them preachers, if they’ve “weighed the risks of homiletical humor against your preaching context. Some congregations have a lighter spirit where certain topics are allowed. Other topics are absolutely taboo.”

“Are you willing to show your congregation who you really are?” Myers asked. It was Sigmund Freud who “linked jokes and dreams as points of revelation of who we are.”

“Extemporaneous jokes,” Myers said, “can be a risky thing.”

“Are you willing to be misunderstood?” Myers asked. People expect to laugh at a comedy club, but maybe not so much in church.

“Are you willing to do more work? It’s hard work to write good jokes,” Myers said. Preaching “is different from the work of standup comics. Once we tell a story, it’s over. The timing has to be right. A lot of us learned to preach from manuscripts,” but “people won’t laugh at a joke that’s read to them.”

Finally, “Are you willing to lose your job?” That’s not even a consideration for Myers and his colleagues. “I have a wonderful tenure track position here at Columbia Seminary,” Myers said.

Myers makes a distinction between the comical and the humorous. “Comical does humorous plus a little bit more,” Myers said. Comical “is associated with the social and political in nature.” Exemplars include Sarah Silverman and John Oliver. “It aims at laughter plus critique.”

Humorists aim for laughs. They include Jim Gaffigan, Ellen DeGeneres and Stephen Colbert, according to Myers.

Myers then asked for input — and got it.

“I often use provocative sermon titles,” said one participant, including “Shoutout to a Prostitute” and “Let’s Get Naked.”

“Knowing who you’re speaking to is huge. People expect me to be funny, and I even incorporate it into funerals,” this preacher said. “We take life so seriously. Everybody needs to laugh — even in the midst of the worst times in a person’s life.”

“Telling jokes never works for me. But telling stories does work for me,” said another. “When I tell a story about something stupid I’ve done, I think I’m being more authentic. After people laugh, the next thing I say — everyone is listening.”

“The subject of our sermons is God, not us,” Myers said. “But our lives can be helpful pointers.” The kind of comedy Myers prefers is “the kind that moves from ha-ha to aha.” As George Carlin once said, “No one is more himself [herself and themselves] in the moment than when laughing at a joke.”

“When people are laughing, they are open to a new insight,” Myers said. In effect they’re saying, “Oh wow! You’re challenging some of my sacred cows.”

Myers also quoted the Native American comedian Bobby Wilson: “What upsets people most is comedy that speaks truth in between the lines. A lot of the best stuff is pointing out all of the stupid [stuff].”

Comedy scholars are divided in their conclusions, Myers said, but an extended bit from Oliver a few years back makes the case that it might be. As part of exposing the bail bond system in New York City, Oliver wove in jokes “as silly asides,” Myers said.

After the segment aired, “There was a huge outcry in New York City.” People started demonstrating, and the city’s bail bond system became more regulated.

“Proponents said, ‘John Oliver showed us how to do it,’” Myers said. “Others said, ‘Maybe it changed things for a minute, and then things went right back,’” to how they were before Oliver’s “reporting.”

Then Myers asked the question many participants had been waiting to hear: How might the comical support the work of preaching in your context?

That same preacher known for her sense of humor plans to preach from 2 Timothy 1:5-7 on Mother’s Day: “I am reminded of your sincere faith, a faith that lived first in your grandmother Lois and your mother Eunice and now, I am sure, lives in you.” She also plans to tell a few “Your Mama” jokes. After all, she said, “Paul is giving a shoutout to mothers.”

“Some ‘Your Mama’ jokes are inoffensive enough they’ll probably be OK,” Myers said. But “Paul is doing very much the opposite there” by “celebrating the women who raised Timothy in the faith.”

As Myers pointed out, comics like Dick Gregory “took jabs at systems of injustice,” using humor “to challenge the structures.” Gregory used to joke that segregation isn’t all bad. “Have you ever heard of a collision,” he’d say, “where people in the back of the bus were hurt?”

“I love baseball,” Gregory would tell his largely white audience. “It’s the only time in America where a Black man can wave a stick at a white man and not start a riot.”

“You laugh, but then you think about [Gregory’s joke] and it starts to work on you,” Myers said. “There is a subtle subversion that comes at the end.”

Myers said he’s appreciated the arc of the comic Margaret Cho, who sometimes imitates her mother using a stereotypical Korean accent and then, almost in the next moment, queers the notion of bodily identity. “She challenges body images as standards of feminine beauty,” Myers said. “She subverts the whole thing through humor.”

Myers labeled the use of humor from the pulpit “another tool for your homiletical toolbelt.”

“The comical,” Myers said, “can help to facilitate that work.”

“I’m tempted to update my playlist,” Hardwick told Myers to close the webinar, thanking him for his shared insights.

“I prayed we would be better preachers at the end than we were at the beginning,” Hardwick said, a nod to the efficacy of sincere prayer.