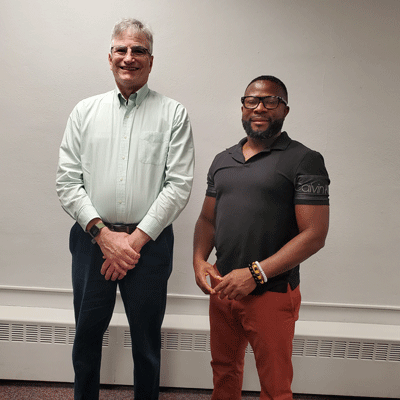 LOUISVILLE — Jerome Zamgba will tell you that he has always been a compassionate and empathetic person.

“When I was in high school, I was not the brightest,” he said, “but my classmates looked up to me to lead the class because of my emotional intelligence. I have been a person who has always tried to make the world around me a little better.”

And he most certainly has.

Having watched Zamgba in action at the United Presbyterian Church of Jamestown, North Dakota — most recently living out the Presbyterian deacons’ call to servanthood — the Rev. Bob Boyar wholeheartedly agrees with Zamgba’s self-assessment.

“Before I knew Jerome, I knew his wife,” said Boyar, who has served United Presbyterian as pastor since 2015. “Whenever I would stop in to make a pastoral call on her, Jerome saw what I was doing and would say, ‘I want to be a part of that church.’ Then, when I heard his faith story, what I heard in it is that he wants to be able to give back in the same way that he was helped.”

Zamgba, who came to faith in his native Liberia, joined United Presbyterian two years ago. Since that time — especially since he was ordained as a deacon — he has embraced his role as a leader, joined the church’s Bible studies, and has been thoughtfully studying his pastor’s every move, seeking to emulate his mentor.

“Pastor Boyar is a wonderful soul,” Zamgba said. “He is a blessing to our congregation and the community as a whole. He is very kind and has a meek spirit. He remembers everybody he encounters and calls them by name. He makes sure to visit members of the church regardless of their needs or wants. He is our source of inspiration and lightheartedness when we are down or facing challenges.”

And Zamgba is no stranger to life’s challenges.

Because the state educational system in Liberia is vastly overcrowded, Zamgba is attempting to start a tuition-free, private school there for children from low-income families, for which he has set an ambitious fundraising goal. He is grateful to Boyar for connecting him with the local Rotary Club as well as with other people in the community who, he believes, can help him.

“Since Jamestown is a place where many Liberians and Somalis and Ethiopians and Congolese have settled, ours is a multicultural congregation,” said Boyar. “Because they have come from war-torn countries, it’s important to them that this is a quiet community with good employment opportunities and a safe place to raise their children. Part of my calling here in the community is advocacy — connecting people with resources.” 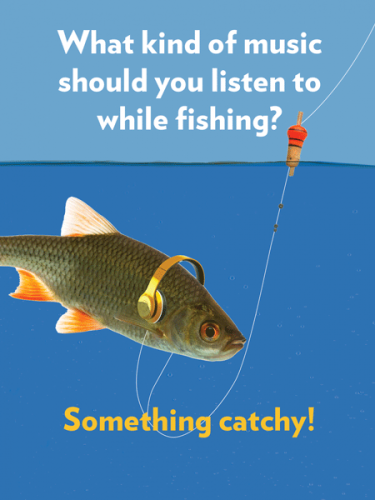 In gratitude to God for his pastor’s support and guidance, Zamgba gave Boyar the surprise of his life last year on Father’s Day by honoring him with a gift from the Presbyterian Giving Catalog.

“My pastor is deserving of my honor, even though he does not think so,” Zamgba said. “I turned to the Giving Catalog to honor him because, in that way, the gift of honor will go to helping a cause. Believe it: he prefers it that way!”

The Giving Catalog invites Presbyterian support of Father’s Day, Sunday, June 19, by offering such gifts as a beekeeping start-up, a family of chickens, an “egg a day” pledge, or a fishery kit.

Donors to the Giving Catalog will also have an opportunity to send a personalized e-card showing the impact that the gift given in their father’s or other parental figure’s honor will make on the world. 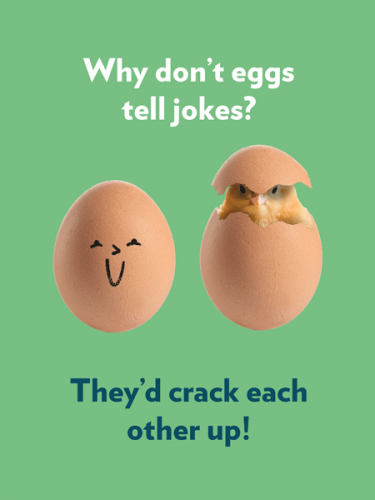 “The gift that Jerome gave in my honor last year was a complete surprise,” said Boyar. “I had just let the congregation know about the Presbyterian Giving Catalog as a way to honor Father’s Day and Jerome just took the opportunity to do that, and I’m grateful.”

In dedicating his Father’s Day gift, Zamgba wrote, “My family and I want to appreciate our pastor, Pastor Robert Boyar, for his love, kindness, care and meekness. He is a father and Christ-like example in our community. Pastor Boyar, we wish you Happy Father’s Day! May God grant you favor, long life, influence, wisdom and good health.”

Zamgba said that he and his family are blessed that Boyar is a part of their lives.

“I believe the Giving Catalog is our way of extending gifts of goodwill to the needy with dignity,” he added, “so I would highly encourage other members to be a blessing the Presbyterian way! Through the Giving Catalog!”

Won‘t you join Zamgba this Father’s Day by making a gift through the Presbyterian Giving Catalog that spreads hope and helps create lasting, positive change around the world?