Make A Donation Click Here >
Home › A calling in the community 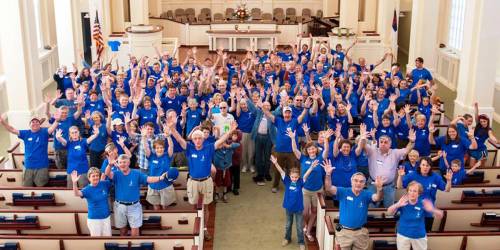 Highland Presbyterian Church in Winston-Salem, North Carolina has a long tradition of responding to the needs of the community (Photo by Kelley Goondring)

LOUISVILLE — If a picture is worth a thousand words, then a chronology is worth a million.

At least it was to the Rev. Randy Harris, when he was called in 2008 as pastor of Highland Presbyterian Church in Winston-Salem, North Carolina. Harris looked to the painstakingly researched and annotated timeline created by his predecessor, the Rev. Steve McCutchan, to tell him the church’s story.

And it spoke volumes.

“One of the things that Steve did before he retired was to go back and read about 55 years’ worth of session minutes to create a chronology, noting interesting things that the church had done along the way,” said Harris. “I was able to see right away that what’s happening here in mission even now during the pandemic is a continuation of what has been Highland’s sense of calling in the community from literally almost the time that the church was established in 1949.”

While the chronology includes “your typical church stuff” — such as the congregation’s first baptism and its first Christmas Eve service — it also documents the church’s long tradition of responding to the needs in the community. 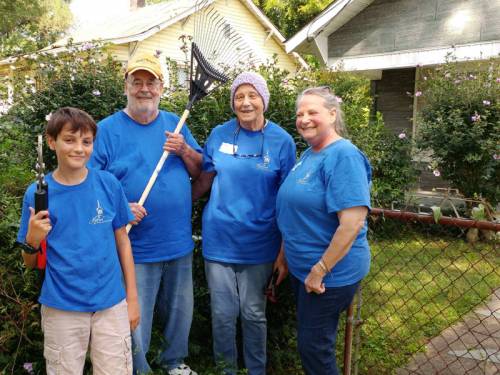 “Historically, the two themes that keep rising to the top have been issues around hunger and racial justice,” Harris said. “As early as 1950, the session appointed one of our members to a city-wide committee that was beginning to deal with race in Winston-Salem. When Steve was here, right in the wake of 9/11, Highland partnered with Habitat for Humanity to hold a series of unity builds that were the first interracial, interfaith Habitat builds in the world, recognized with an award from Habitat International.”

The Rev. Debbie Layman, Highland’s associate pastor since 2004, discovered something else of significance as she pored through old bulletins and newsletters in preparation for the church’s 70th anniversary celebration last year.

Highland’s community activism, she observed, has always gone hand in hand with its denominational engagement and support.

“From the very beginning, we’ve been participating in both denominational and community mission,” Layman said. “It just warmed my heart to see that the Christmas Joy Offering was received on that very first Christmas. We took the offering because it was denominational. We also cared about its recipients.”

Among those recipients are students of color, reflecting again Highland’s commitment to racial justice. The offering helps not only with their education at Presbyterian-related schools and colleges equipping communities of color, but also with their spiritual awakening and faith formation as future church leaders.

Already recognized as a “Four for Four” congregation — meaning that Highland receives all four Special Offerings of the Presbyterian Church (U.S.A.) — Layman said that the congregation has especially enjoyed the Pentecost and the Peace & Global Witness Offerings, which allow the church to decide where a portion of its gift will be applied locally, 40% and 25% respectively.

Three years ago, the church again looked to the denomination to expand and increase its support.

This time, it was Highland’s historic emphasis on addressing hunger that led Layman to discover the Presbyterian Giving Catalog. 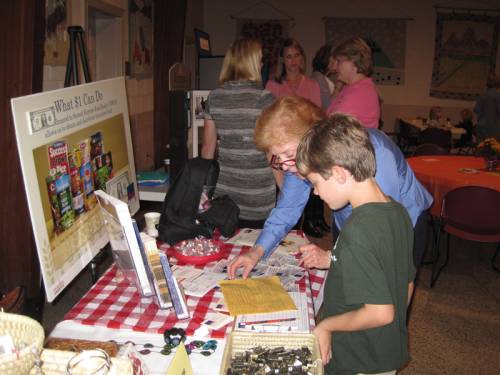 Layman said when she first arrived at Highland, the church had always held an Alternative Gift Market at Christmas. What the community always valued most in that project was the opportunity it afforded church members not only to focus on hunger but also to share a personal relationship with people around the world.

After partnering for several years with such international organizations as Marion Medical Mission in Malawi and Congo Farm and Feeding Programs, an initiative she learned about as a member of the International Hunger Task Group of Salem Presbytery, Layman said the church picked up the Presbyterian Giving Catalog to see which of its projects would directly support Puerto Rico in the wake of the devastation caused in 2017 by Hurricane Maria. 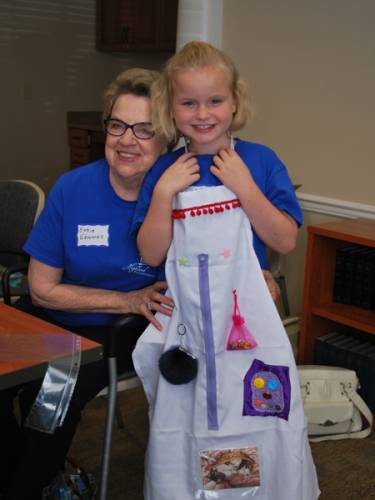 Ethie Edwards and Caroline Mendenhall pose for a photo. (Photo by Mary Mendenhall)

“That first year of our catalog participation, we picked fishing boats and water purifiers out of the catalog, which worked really well,” she said. “Then the next year we did a really fun project focused on women, choosing catalog items that were all about empowering women in three different parts of the world. Last year, since our focus was farming, we did urban farms, pigs and some cute chickens, all coming out of the Giving Catalog. The congregation has really enjoyed that, and our Global Services Committee has had fun thinking of a theme every year that allows us to match what we really care about with the great needs in the world. The catalog has had exactly the kinds of things that help us pull it all together!”

Although Harris said while he fears the tagline for 2020 will be “but not this year” as it applies to many in-person church events — such as the congregation’s annual Helping Hands Day, which sends members to volunteer on site with the community agencies it supports — its Giving Catalog participation will not be a casualty of COVID-19.

“We haven’t gotten that far yet, but our catalog selection will be pandemic related, probably related to people of color,” Layman said. “Our committee has been really interested in the Navajo Nation and the struggles that our Native sisters and brothers are having during this pandemic. I wouldn’t be surprised if the committee were to pick something like that.”

“Of course,” Layman said, “we will go back to the catalog.”