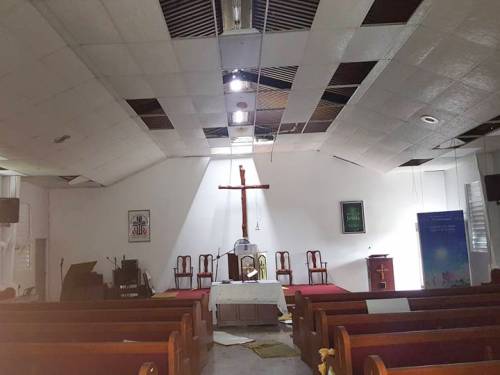 LOUISVILLE – The Rev. Edwin González-Castillo, Stated Clerk of the San Juan Presbytery in Puerto Rico, says the biggest challenge he is facing in the aftermath of Hurricane Maria is communications. Attempting to reach and coordinate relief efforts across the island has been hampered by downed communication lines outside of San Juan, infrastructure damage due to flooding and ongoing concerns about fuel shortages.

Although the human cost of the huge Category 4 storm remains relatively low with 16 people confirmed dead, San Juan’s mayor Carmen Yulin Cruz told news outlets that without immediate attention the island was facing “a humanitarian crisis.” The storm made landfall with 155 mph sustained winds – nearly Category 5 – as it raked a path across the 3.4 million inhabitant island, moving slowly as it passed over Puerto Rico from the southeast.

More than 20 inches of rain fell as Maria hovered over the island, washing away roads, bridges and damaging other infrastructure such as communications towers, electrical lines and dams. More than 70,000 people were told to evacuate in towns along the Guajataca River as floodgates were opened when an imminent breech of the swollen Guajataca Dam was predicted on Saturday.

“As of yesterday, I believe only 30 percent of households had running water,” González-Castillo said. “There are still some areas we don’t have communication with. The streets are really bad and they don’t have access through the roads, they are being handled by helicopter. Some bridges collapsed because of the flooding.”

He has contacted 13 of the 15 pastors in the San Juan Presbytery via a WhatsApp group he created before the storm. One other pastor was located and confirmed alive and well by his son on Facebook. The other, the pastor in the west San Juan suburb of Carolina, has not been reached.

González-Castillo is now back in San Juan after riding out the storm Aguadilla, in the northwest of the island, with family. His communication efforts continue today as he tries to reach retired pastors and those who aren’t serving in a congregational setting. 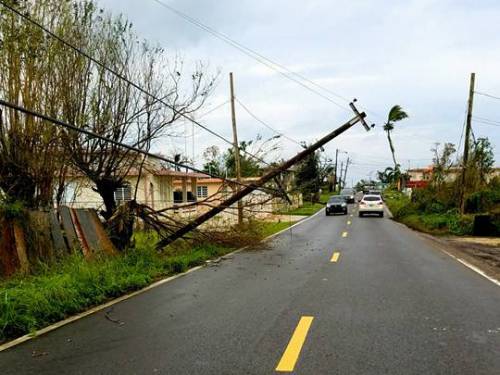 “We only have phone lines working in the San Juan area and maybe one or two towns next to it,” González-Castillo said. “Everything else is in the dark.”

Echoing the mayor’s concerns, he says the gas shortage is affecting many people and will present long term problems for access to healthcare and relief services. Those fortunate enough to have household generators for medical needs and other necessities will soon be faced with the prospect that fuel supplies will run out. As an emergency measure, many people are attempting to keep medicine and food from spoiling using ice. But those supplies are dwindling too.

“People are in crisis right now because of problems with gas – they are not able to drive to work, the ice plants are not running because they are out of diesel,” he said. “People have to stand in long lines just to get two bags of ice per day.

Gasoline is being rationed at $20 per person, with most waiting hours to fill their tanks or portable containers. Diesel fuel used in commercial generators, primarily at hospitals and communications hubs, is even harder to get. “Because of the gas shortage we may run out of communications – they need diesel for the generators powering antennae and cell towers,” he said.

“I don’t think we’ll have [widespread electric] energy for three or four months – it will take time to repair all of the areas,” González-Castillo predicts, based on reports from civic officials he’s contacted. “I have heard they are sending a lot of food from the United States, but I don’t know how much of that is getting to the [displaced persons.] And I don’t know how much communication the government really has with all the towns.”

The Presbyterian Synod of Boriquen (Puerto Rico) is comprised of 78 congregations in three presbyteries: San Juan, Noroeste (Northwest) and Suroeste (Southwest). While Presbyterian Disaster Assistance (PDA) has attempted to contact official in each of the governing bodies, as of this writing only the Synod and San Juan Presbytery have been reached to begin formulating a plan for relief.

“To communicate from those areas, they will have to drive almost two hours,” González-Castillo said of the isolation of the Noroeste and Suroeste Presbyteries. “With the problem of gas restrictions I don’t think that will happen any time soon.” 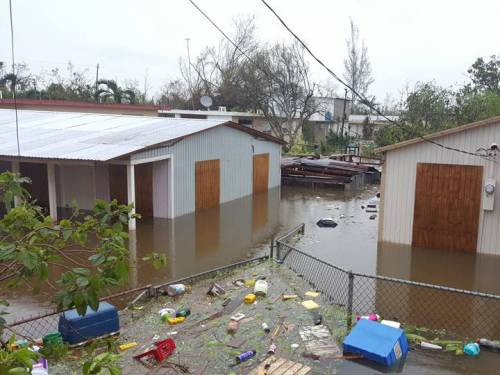 Beth Snyder, associate program administrator for PDA, and James Kirk, PDA associate for U.S. disaster response, have spoken with González-Castillo and Francisco Rodriguez, secretary of the Synod of Boriquen disaster committee. They say a financial response is currently in the works.

“We are in discussion with the synod and presbytery about emergency grants that will be issued as soon as we receive the information and written request,” Snyder said.

“When it is safe and secure, and volunteers will not create an additional burden on the limited resources, our national response team of bilingual volunteers will be deployed to assist,” Snyder added. “We anticipate there will an opportunity for long-term volunteers to help with the recovery.”

While the presbytery waits for additional assistance from the Presbyterian Church (U.S.A.) and government sources, González-Castillo said Presbyterians in Puerto Rico are moving ahead with relief efforts with the resources available to them.

“We talked with a pastor who’s using his church as a center for operations – providing food or water to the community,” he said. “I’ve asked our pastors to give me information about the damages in their congregation, in their community. I know there are families who’ve lost their whole house and everything in them. We’re trying to get food, beds and things they will need to start their lives again.”

Although he’s still uncertain about what will be needed to mount an effective response, González-Castillo is encouraged by the outreach he’s received from the U.S., and hopeful as the church continues to meet the needs of those affected.

“Even though we don’t have a lot of communications, people have been reading Facebook and going to the [PC(USA)] website to see what our brothers and sisters in the United States are saying about what is happening here,” he said.

To support recovery efforts in the wake of Hurricanes Irma and Maria, click here. You’ll be taken to the PC(USA) website to donate securely and quickly.