Register today for the June 23 (2pm EDT) online Matthew 25 event that will look at hunger and food insecurities.
Make A Donation Click Here >
Home › On immigration

Conversations in the church going deeper and farther 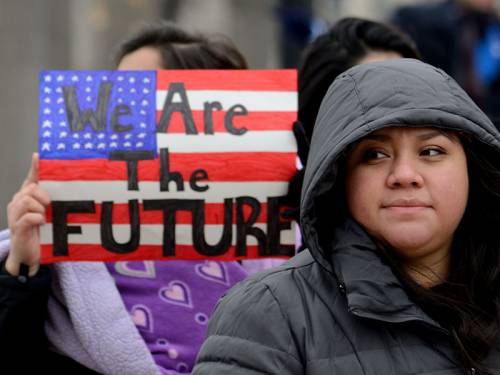 The immigration conversation is nowhere close to being done. The political discourse around immigration continues to affect communities and the church — in both its witness and its membership. It’s a conversation that should compel leaders (including sessions and mid councils) to continue discerning the call of the church, especially when it comes to welcoming people who come to the United States in pursuit of a better life.

The conversation about immigration, however, is one that catches folks off guard because many believe it is an issue that has nothing to do with them. However, my experience working with mid councils has shown me that it only takes a moment of self-awareness to see an individual’s or community’s thread woven in the story of immigration.

Two years ago, one of the pastors of a central New York presbytery and I had the opportunity to meet with the congressman of the area — a self-identified moderate Republican with a genuine interest in having a conversation on immigrants in his district. The congressman accepted our invitation to come to a roundtable discussion with pastors in the presbytery. About 20 leaders showed up, three of whom identified as immigrants —the host and myself, both Latin-American, and a community leader hailing from Africa. The rest of the group consisted of white leaders who did not identify themselves as immigrants. At least, not at first.

It was only when asked how many considered themselves “cradle Presbyterians” and then encouraged to trace their Presbyterian pedigree that they realized they were not merely “white” but they were Scottish or Scotch-Irish.

That exercise toward awareness of their religious and ethnic heritage was enough to change the conversation about the “other.”

The stories of immigration that seem so new to many in the pews and those in the living rooms of our gospel communities are where faith and culture intersect. That intersection is, indeed, where our histories and the present we share come together in vocation, calling and witness. But it takes intentionality to delve into this experience that is raw to millions now and to unearth the cornerstone of the identity of many.

My caution to those who will be compelled to enter this process of inquiring more deeply about immigration and the role of the church is the one I have come to understand in my own 15 years of living in a land and among a people who are often as foreign to me as I to them: Know that you are coming to a time and into many spaces that will transform your life. Resist the temptation to take the highway. This is a journey of the local roads — which go deeper and take you farther.

The Rev. Dr. Amaury Tañón-Santos serves as the synod networker of the Synod of the Northeast.