Presbytery walks alongside brothers and sisters from Indonesia 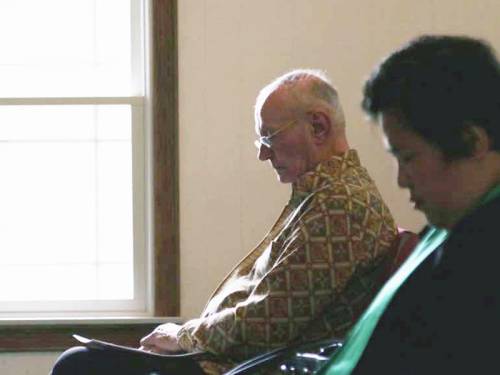 No one likes to lose a church member. Now imagine the prospect of losing 70 percent of a congregation. Marturia Presbyterian Church in Rochester, New Hampshire, is facing such a reality as its Indonesian members have fallen under the focus of Immigration and Customs Enforcement (ICE).

Marturia began in 1997, when a small group showed up at First Presbyterian Church in Haverhill, Massachusetts. A member of the group had found an old PC(USA) calendar showing that the Presbytery of Northern New England had office space at the church. The group wanted to discuss joining the presbytery.

The presbytery had moved out, but the pastor, the Rev. Eric Markman, was in. He welcomed the group and listened as they explained they had come from Indonesia, were living in New Hampshire and wanted to start a Presbyterian church.

Markman, experienced with coming alongside people from other countries, worked with the group and began the process of introducing a new worshiping community. In 2001, Marturia Presbyterian was chartered as a congregation.

From the beginning, the congregation fully embraced the Presbyterian connectional system, attending meetings and participating in trainings, seminars and retreats. In return, presbytery leadership worshiped alongside them.

“Relationships were established, denominational ties were strengthened and, most importantly, trust was earned,” said the Rev. Cindy Kohlmann, resource presbyter of the Presbytery of Northern New England.

That trust was to become very important.

On Jan. 20, 2017, the Rev. Jelty Ochotan, Marturia’s new pastor, arrived from Indonesia with her husband and son. It was the same day as the presidential inauguration. Five days later, the new president signed an executive order titled “Enhancing Public Safety in the Interior of the United States.” Immigrants were the focus of the order.

As the reality of the order set in, conversations between the presbytery, the Office of the General Assembly and the Marturia congregation became more frequent, with participants expressing concerns about increased ICE activity and mass deportations. 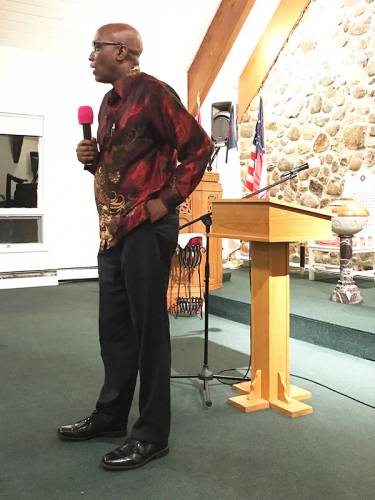 When the order became action on Aug. 1, 2017, Marturia’s fears were realized. ICE targeted specific members of the church, telling them to return to Indonesia no later than that October.

Staff from the Office of Immigration Issues, volunteers from Presbyterian Disaster Assistance and leadership from the Presbytery of Northern New England gathered at Marturia Church in September to hear concerns and to offer guidance as to what rights families targeted by ICE have.

Members shared a collective fear of separation from their families. They spoke of the financial stress they had begun experiencing as ICE stopped renewing their work permits. The heart of their focus, though, was their children, as one parent after another described their child exhibiting sleeplessness and headaches. Marturia members also expressed concern about the future of their ministries.

“If we lose 20 to 30 members of this church, we will not be able to survive,” said a Marturia member and volunteer bookkeeper. “[All] of our members are important to the survival of the church.”

Marturia’s situation is not unique to Northern New England. Congregation members across the United States have been scrambling to fill out paperwork to grant custody of their children, control of their personal property and access to medical and legal records to trusted friends and fellow members as they face the possibility of detention and deportation.

“If the current policy toward immigrants continues, this congregation and many others like it across the country will be decimated,” Kohlmann said.

Another worry is the possibility that the trust built between Marturia Presbyterian Church and the PC(USA) will come to nothing.

“The possibility that this congregation’s plea to the body of Christ to speak up on their behalf will come to nothing breaks my heart. The possibility exists that, because immigration has become a ‘political’ issue, we will remain silent,” Kohlmann said.

The presbytery will continue to come alongside its brothers and sisters, offering its limited resources. In December, Kohlmann said, a legal aid clinic will be pulled together to help those Indonesians who have not yet secured legal help.

“If brothers and sisters across the country and around the world come alongside us as well, I have faith we will see the power of God made manifest in our midst,” Kohlmann said.

Teresa Waggener is the coordinator of the Office of Immigration Issues in the PC(USA) Office of the General Assembly. Donna Frischknecht Jackson is the interim editor of Presbyterians Today.