Is unity part of our Christian call? 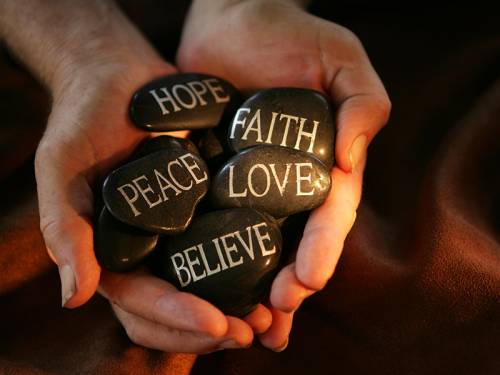 The movie Places in the Heart tells the story of Edna Spalding, a widowed white mother in a small Texas town during the Depression. Against all odds, with the help of a transient black man and a disagreeable blind boarder, she plants and harvests 40 acres of cotton to keep her home. Throughout, characters engage in murder, adultery, theft, assault and plain mean-spiritedness. The final scene shows a congregation in a local church gathered for Communion.

As the bread and juice are passed down the pews, the camera focuses on one face after another: first, anonymous members of the community; then Edna’s sister, who passes the tray to her cheating husband; then members of the Ku Klux Klan, who share the elements with the black man they had beaten up; Edna herself; and finally, in a glimpse of life beyond death, Edna’s husband, the sheriff who had been shot and killed at the beginning of the film. Sheriff Spalding then passes the bread and cup to his killer, saying, “The peace of Christ.”

This vision of sharing bread with unlikely people across lines of difference captures the heart of the modern ecumenical movement. In the 20th century, many Christians in the U.S. and Europe were inspired by a vision of church unity, rooted in God’s reconciling love in Christ for the “whole inhabited world” (oikoumene).

Several factors contributed to this. The 19th-century missionary movement had inspired cooperation among churches and denominations. Churches in Europe reached across divides caused by centuries of religious conflict and two world wars. This ecumenical movement produced national and international organizations seeking church unity, including the World Council of Churches in 1948.

It was a bold vision, rooted in the conviction that in Christ, God seeks reconciliation of the whole world. In recent years, however, some of the original ecumenical energy has faded and divisions have re-emerged.
Does ecumenism matter? Yes, now more than ever.

One text on unity, Jesus’ prayer for his disciples in John 17:20–23, includes the repeated petition “that they may all be one.” This prayer for unity does not simply — or even primarily — call for union of official church organizations. Jesus here voices his eschatological longing for all of humanity to be reconciled to one another and to God. Like Isaiah, Jesus imagines lions and lambs, wolves and sheep, looking at each other in surprise and sharing a meal. Such a prayer for unity does not mean that differences are erased; it means that differences are embraced.

We can think of ecumenism in three ways: official, everyday and “wider ecumenism.” Each points to the reconciliation for which Jesus prays.

In a divided and angry world, we need ecumenism more than ever. Jesus’ prayer “that all may be one” still summons us to reach across divides and offer bread to our neighbors — across the aisle, across the room, across the globe. As Sheriff Spalding reminds us, this is “the peace of Christ.”

Martha Moore-Keish is the J.B. Green Associate Professor of Theology at Columbia Theological Seminary. She teaches and writes on sacramental, ecumenical, interreligious and feminist theology.