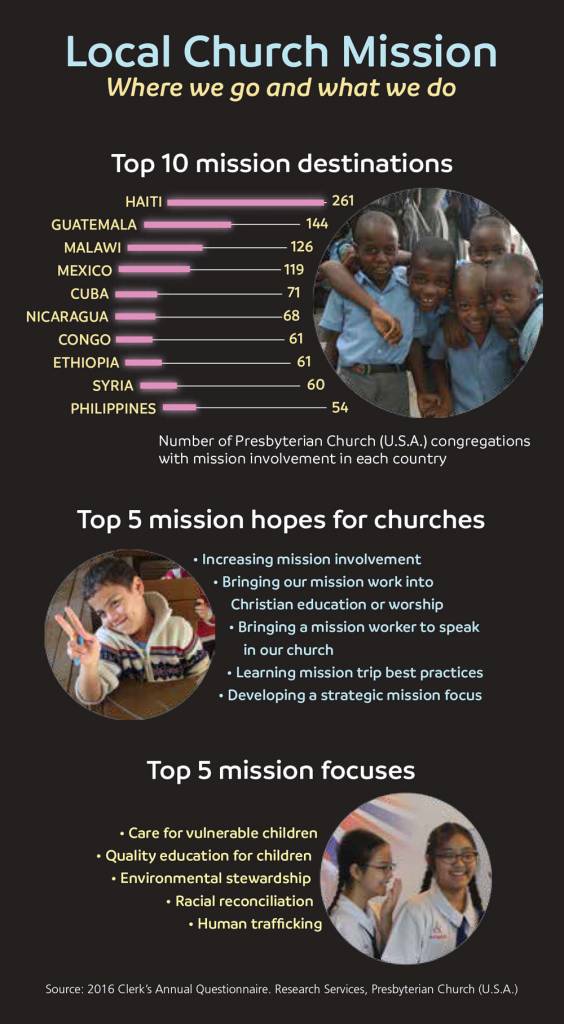 Presbyterians do mission as  partnership. They listen to, learn from and support Christians and their ministries around the world.

Haiti is one of four countries that more than 100 PC(USA) congregations name as a country in which they are involved in global mission.

“I’m not at all surprised that Haiti is the most prevalent place for mission partnerships and mission trips,” says Cindy Corell, a PC(USA) mission co-worker who has served in Haiti since 2013. Haiti is one of the most impoverished countries in the Western Hemisphere, and Port-au-Prince, the capital, is just a two-hour flight from the U.S. mainland.

Initially, Corell says, proximity is what draws Presbyterians to Haiti. Even though it’s not a long trip, Haiti is a great place to learn both the dangers of toxic charity — charity that creates dependence — and the depth of the faith of Christians in another culture.

Perry Chang is a research associate with Research Services for the Presbyterian Mission Agency.