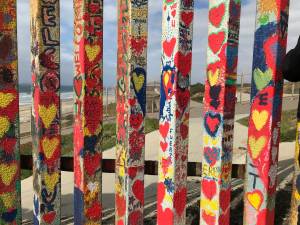 PDA joins dozens of organizations and thousands of individuals to express our despair and frustration about the U.S. Government’s decision this week to reinstate and even expand the Migrant Protection Protocols, otherwise known as the “Remain in Mexico Policy”. The most basic responsibility of a government toward those seeking asylum is not to turn them away without considering their situation.  These policies pushing people back into Mexico are neither safe nor humane.

Consider these examples of the harm inflicted by MPP reported by the Welcome With Dignity Campaign:

The Rev. Victor Floyd, one of the authors of this year’s Advent Series “Another Road”, reminds us that the road asylum seekers travel is already difficult and dangerous. Beyond the legal right to seek asylum, what are our moral and ethical responsibilities toward those who come seeking our aid and protection?  What is God’s call to us when we meet someone at their most vulnerable?

When he and a “small group of mostly-white, affluent Presbyterians” from San Francisco’s Calvary Presbyterian Church flew to San Diego to walk across the U.S.-Mexico border, Rev. Floyd likely had some preconceived ideas of what he might encounter while visiting shelters in Tijuana. In his reflection, We Shall See It, Together, he shares that God’s plan for this trip were far beyond his own expectations. While visiting Casa de Luz, which was intended for LGBTQ+ refugees, Rev. Floyd met a young man named Peter, who shared a harrowing story of the brutal way in which his family in Guatemala treated him after he came out. Peter made the decision to come to the U.S.-Mexico border because the U.S. would allow him “to do what Baruch urged the ancient Jerusalemites: Take off the garment of your sorrow and affliction, O Jerusalem, and put on forever the beauty of the glory from God.” By the end of Peter’s story, Rev. Floyd felt the Holy Spirit calling him to become Peter’s sponsor.

On the return trip to the U.S., Rev. Floyd got a small taste of what it is like for asylees attempting to enter: “When our mission group walked through the pedestrian entry point back home into the U.S., I was detained in a dark room for questioning. While wearing my clergy collar, I was interrogated about our mission work. …ICE confiscated my passport. They returned it by mail only after I had contacted my Representative’s office.” If this is how its citizens are treated at the U.S. border, what hope do asylum seekers have? Rev. Floyd’s thoughts echo this: “The way of the Lord is not being prepared at our southern border… The border already consists of mountains and hills and rough places. The Wall is meant to make it even more unwelcoming. John says to make those places accessible, navigable, a plain. This is the Way each child of God treads, hoping for Jerusalem, crying out with the voice of John the Baptist. Christ comes to break down the walls that divide us from one another. His Body deserves to be reunited with its parts. May intimidation no longer substitute for strength and may all God’s children have a shot at shalom”.

Read & Pray with the Unbound Advent writers – Another Road


One Response to “Hoping for Jerusalem”