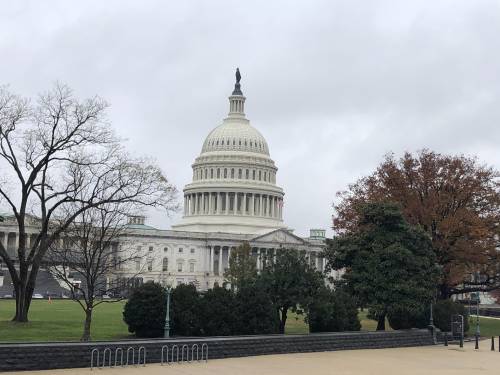 As the partial government shutdown drags well into its third week, the human cost of the shutdown is coming into sharp focus. On Wednesday, Jan. 9, PC(USA) Office of Public Witness Director, the Reverend Jimmie Hawkins, said, “It is time for the Senate to take up the House spending bills and send them to President Trump, who must sign them immediately. Shutting down the government over policy disagreements is no way to govern a nation. It is long past time that Congress and the President reopen the government without further militarization of the southern border. Real people—from federal contract workers who will not receive back pay, to SNAP recipients whose benefits are in jeopardy, to civil servants who are being required to work without pay—are suffering hardships because of this reckless behavior. Congress and President Trump must immediately reopen the government, removing this unnecessary burden from the shoulders of the American people.”

Click here to email your Members of Congress about ending the government shutdown.

On December 22, the federal government entered a partial shutdown, ostensibly over whether a $5 billion wall is needed along the southern border. And while the President claims that this wall will respond to a crisis at the border, Presbyterian partners in the region report that the only crisis along our southern border is a humanitarian crisis of the United States’ own making. Building a wall will fail to make the border more secure, will disrupt the flow of life in communities along the border, and waste valuable resources that could be used to implement more humane immigration policies and provide more services to those who are coming to us for help. While we waste energy and resources on further militarizing the border and on harsh immigration enforcement measures, we are missing real opportunities to discuss and enact substantive solutions to reform the immigration system and establish compassionate immigration policies.

The government is failing all of us when it is not working. Despite the fact that the argument is over one piece of the Department of Homeland Security’s (DHS) budget, many other agencies and departments have been caught up in the fight. Right now, the contingency funds for agencies that provide housing assistance, nutrition programs for children and pregnant women, and the Supplemental Nutrition Assistance Program (SNAP) are in danger of running out. Further, over 800,000 workers are either furloughed or being required to work without pay. Many more thousands of contractors and support businesses are being impacted. The National Parks and other public lands are languishing under serious overuse without Park Rangers to maintain order. Indian Health preventive services are becoming inaccessible. Even scientists are unable to access important data. And most importantly, people’s lives and livelihoods are being put at risk. The most vulnerable people in our society are the ones who are most greatly affected by a prolonged shutdown.

Right now, Congress must pass legislation to reopen the government, while also limiting funding for the border wall and border militarization. The House of Representatives has passed a set of bills that will reopen the government and allow more time to negotiate a compromise about DHS’ budget. The Senate agreed to a very similar plan only days before the shutdown began. It is time for the Senate to take up the House bills and send them to the President. It is long past time to put our government back to work, serving the people who need it most.