I didn’t know what to expect in my first encounter with former militants of the FARC guerrilla group, but I certainly wasn’t expecting such an idyllic scene. The local Territorial Training and Reincorporation Space where some former guerrilla soldiers are building a new life is located on the hillside of a Colombian farm aptly named Tierra Grata, or Pleasant Land. A gentle breeze refreshed us throughout our visit as we conversed with articulate and hopeful men and women who seemed genuinely glad to spend their Saturday afternoon in conversation with our group from churches around the world.

We had started out before dawn, departing Barranquilla at 4:00 a.m., and arrived about six hours later in Valledupar, the capital city of Cesar province along the border with Venezuela. In Valledupar, our small group of leaders from the Presbytery of the North Coast and the Oikotree Ecumenical Network for ecological and economic justice nearly quadrupled in size with the addition of leaders from local Presbyterian and Catholic churches and a dozen delegates from the World Council of Churches Pilgrimage of Justice and Peace who had come to experience firsthand what it means for Colombia to live into a new period of peace-building. I’ve been involved in work for peace in Colombia for the past 12 years, and I have met many victims of the violence done by the FARC and other armed actors in Colombia, but until this year my understanding of the actions and motivations of the guerrillas had been based on secondhand and thirdhand reports and stories. The opportunity for human encounter and dialogue was a gift for all of us that day.

The FARC has preserved its revolutionary heritage in its emblematic acronym, but the Spanish words that comprise it no longer translate as Revolutionary Armed Forces of Colombia. Rather, the acronym now stands for the Alternative Common Revolutionary Force, a fledgling political party that seeks to build trust with Colombians and continue its goals of transforming society, now through political participation instead of guerrilla warfare. The implementation of the peace accords has been a halting and troubled process. There continues to be a great deal of criticism and mistrust of the accords among a certain sector of Colombian society, and the government has been slow to put many of its commitments into effective practice. The FARC has faced insults and threats in its first season of electoral participation, and yet continues firm in the commitment never to take up arms again.

One of the visitors who came to Colombia from the World Council of Churches was the Rev. Frank Chikane, a member of government in post-apartheid South Africa, minister of the Apostolic Faith Mission, and moderator of the World Council of Churches’ Commission of the Churches on International Affairs. Rev. Chikane spoke at the Reformed University in Barranquilla about how the future cannot be built if the brokenness of the past continues to demand vengeance. “We have to save the future,” he said, “not use the past to destroy it.”

The Rev. Angélica Múnera, pastor of the Presbyterian church in Cartagena, offers a challenging word for Christians in Colombia, the US, and beyond through a study of the story of the “good Samaritan.” Angélica reminds us that the hatred and prejudice of the Jews against the Samaritans had historic foundations, much as the people in Colombia who hate and mistrust the FARC today can point to concrete actions that have fomented this rancor. And so we imagine the Jewish man, lying beaten in the road, and the terror he may have felt upon seeing a Samaritan approach. “Surely he is coming to finish me off,” he may have thought, “since I have nothing left for him to steal.” And perhaps the Samaritan hesitated, unsure of whether the injured man would want his help. But the need was great and the ethical imperative clear, and so, in the parable, Jesus offers a chance to rescript the future. This parable illustrates that, no matter how good our reasons for considering the other to be our enemy, our enemy can actually be the source of our salvation.

Part of the challenge in Colombia is to allow those long painted as enemies to do good for the shared society. The FARC today, in its new political organization, is committed to doing just that. Members of certain Colombian churches and community groups are working to build new patterns of relating with these fellow citizens, trusting that they share a common hope for a better future.

There is also a strong current flowing in Colombia, in the midst of a presidential election campaign that will be decisive for the future of this peace process, to remember that armed conflict in Colombia did not begin with the FARC and National Liberation Army (ELN) guerrillas. Many trace a chain of events that illustrates a legacy of politically motivated violence that has been the norm in Colombia from the time of the war for independence from Spain, itself a natural outgrowth of the violence of racial and ecological subjugation during the colonial period. In the midst of this context of mistrust, competing agendas, and tenebrous dealings, there remains a tenacious hope in the possibilities of the future. 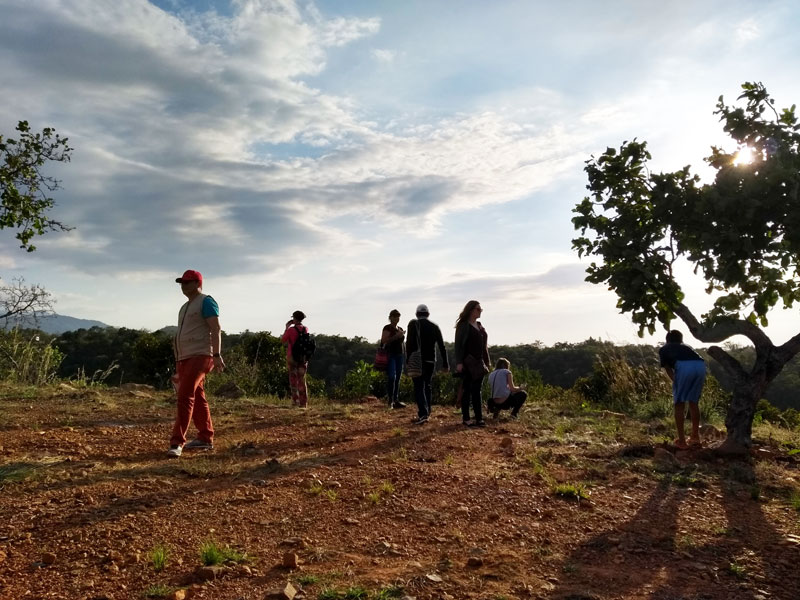 This is the context in which I live and work alongside the Presbyterian Church of Colombia. We continue to work to build civic-mindedness, to discuss the many facets of true and lasting peace, illuminated by the light of Scripture, studying the stories and practices of particular communities in Colombia and other countries that have dealt with armed conflict and systemic injustice. We take time to examine history and current events, in order to identify what is amiss, and begin to envision and embody what might put things aright. This is not easy work, but here I see and am privileged to take part in an answer to the call issued by the Rev. Martin Luther King Jr. exactly one year before he was assassinated: “Now let us begin. Now let us rededicate ourselves to the long and bitter — but beautiful — struggle for a new world.”

I give thanks to God every time I hear of the work so many of my friends and supporters are engaged in around the world, as co-creators of the reality God desires for the world. Thank you for your interest, for your prayers, and for your support. Please consider in what ways you, too, will rededicate yourself to the beautiful struggle. If one of those ways might be through a new financial gift to support my ministry, or an increased commitment to pray for me and our partners in Colombia, or a plan to come and stand in witness with us here, may that intention flourish according to the will of God.

In active and loving hope,