Building a Life of Faith. Support the Pentecost Offering..
Make A Donation Click Here >
Home › What We Do › Where We Work › Co-workers › Taiwanese Christianity

A Letter from Jonathan and Emily Seitz, serving in Taiwan

Around 2012, a group of Christian sociologists at major Taiwanese research universities organized to conduct the first surveys of Christianity in Taiwan. The first survey was a phone survey conducted with a broad cross-section of Taiwanese. The group published their findings in 2014. Five years later they did a survey of church leaders. A few years ago I was invited to participate in their discussion as a representative from my seminary.

Some Findings from the First Survey
• “No religious affiliation” (34%) was the highest category, with Buddhist (27.5%) and Daoist (15.4%) next. Protestants (4.7%) and Catholics (0.6%) are quite small.
• About 65% of the church is made up of women.
• Around 20% of Taiwanese answer that Jesus is God, or a god (although they mean this in a different way than Christians do). A fairly large percent of Taiwanese will happily include any god in the pantheon.
• Christians are slightly older than the general population.
• Christians rate a little higher in terms of having children, social status, and happiness.
• The study also looked at hot button topics like abortion, euthanasia, and LGBTQ marriage (Christians in Taiwan tend to be much more conservative than the general population).

For Presbyterians, there were also some findings that were interesting. We’re still the largest denomination. Presbyterians have been in Taiwan for 150 years and for the first seventy years were the main Protestant church. We have a more modest growth than the nondenominational Christians. The main language of Presbyterians is Taiwanese, although a large percent of the church is “aborigine” (minority ethnic groups that make up about 2% of the population). The survey showed that Presbyterians are more ethnically diverse and have a wider range of opinions on current topics. 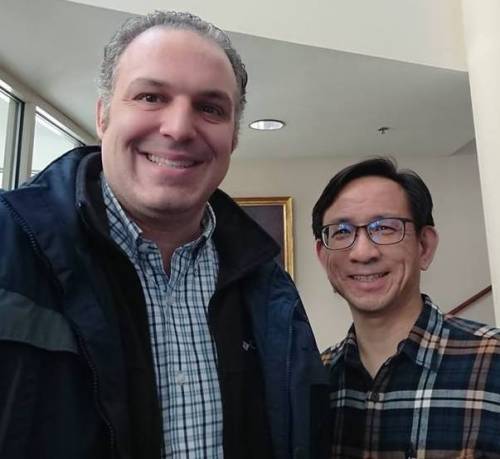 The Second Survey: Taiwanese Pastors and Church Leaders
The second survey queried church leaders in order to learn about their ministry, their congregations, and their mission. Teaching at a seminary as I do, I found it to be very interesting. Presbyterians have one of the most rigorous programs for ordaining leaders. This survey also surprised me:

• About 30% of the respondents were women, and women seem to be in the ministry at a higher rate than in the U.S.
• “International mission” in Taiwan is overwhelmingly to Asia (Japan, China, central and southeast Asia) and smaller amounts to North America (probably the Taiwanese diaspora). This is basically the mirror of U.S. mission, where most mission is directed to Christian partners in Africa and Latin America.
• Taiwanese church leaders face many of the same challenges as U.S. leaders. The survey looked at working hours, rest time, salaries, responsibilities and other questions. I’ve always been impressed by the work ethic of my students as they enter ministry.

I presented these findings at the Spring 2019 Princeton Theological Seminary World Christianity Conference in the spring with a pastor-PhD student, Rev. Ta-Li Hsieh. Ours was one of the only papers like this and it was helpful to get feedback; most studies of non-western Christians are anthropological, but this was large-scale research conducted by Taiwanese sociologists. Living in Taiwan, it helps me make sense of the lived experiences of my students. The panel was chaired by Tom Hastings, a former long-term PCUSA mission co-worker in Japan, and included some conversations between scholars writing on Japan, China, and Taiwan. 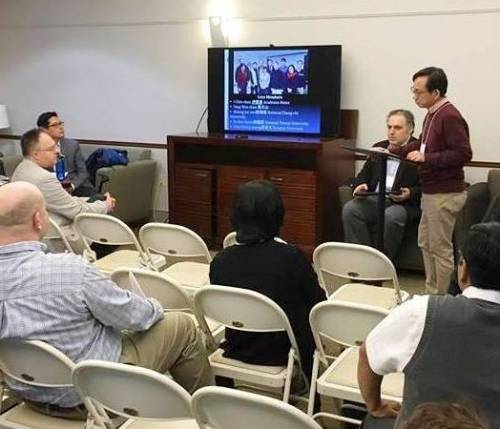 Making Sense of It All
I love the church here, but it can be confounding at times. One surprise in the survey was that almost all Taiwanese Christians read the Bible literally. For most seminaries, 95+% of graduates say that the Bible is inerrant, although more than a third of Presbyterian pastors are willing to say “the Bible’s ethical teachings vary by era.” I also understood better how many of our graduates have focused on mission in the region, serving in China, Malaysia, Myanmar, Japan or other parts of Asia. I’m still trying to wrap my head around the role of women in ministry in Taiwan, where there are many strong women leaders but there is also still a fair amount of sexism.

What does this have to do with our work? I really believe that one of the greatest gifts we offer to the Taiwanese church is exchange. Often the best thing I can offer is a different perspective. I can talk about how a common challenge is met in different ways in my home country, or offer an alternate view to someone who says, “All Christians believe …” Just as my definition of what it means to be a good Christian or a good Presbyterian may be challenged by Taiwanese culture, my Taiwanese students are often grateful for the different examples we share.

Christians in Taiwan often grieve that they are such a small minority, and it means a lot for them to have partnerships throughout the world. PC(USA) has been a long-term partner in this work, a conversation partner, even a good friend. We’re grateful for the support you give and the prayers you offer. We are grateful for the congregations throughout the U.S. we visited this last year and pray that you will continue to do so in the years ahead.

Greetings in Christ! As the interim director of Presbyterian World Mission, I am grateful to have the opportunity to thank you for your continued support of PC(USA) mission co-workers.

The enclosed newsletter bears witness to some of the many ways in which God is at work in the world through long-standing relationships between global partners and the PC(USA). These partnerships are nurtured and strengthened by the presence of mission co-workers in over 40 countries; you are an important part of this partnership too, as you learn about and share how our church is involved in global ministry; as you pray for our partners and mission co-workers; and as you take action to work with others for God’s justice, peace and healing.

I write to invite you to continue joining us in partnership in three ways. First, your prayers are always needed. Please pray that God will continue guiding the shared work of the PC(USA) and global partners as we engage together in service around the world. Pray, too, for mission co-workers, that they may feel encouraged in the work they are doing under the leadership of global partners.

Second, please consider making a year-end gift for the sending and support of at least one mission co-worker. There is a remittance form at the end of this letter and an enclosed envelope so that you can send in a special year-end gift.

Finally, I encourage you to ask your session to include one or more mission co-workers in your congregation’s mission budget for 2020 and beyond. PC(USA) mission co-workers’ sending and support costs are funded by the designated gifts of individuals and congregations like yours; your gifts allow Presbyterian World Mission to fulfill global partners’ requests for mission personnel.