A letter from Martha Sommers in the U.S., on interpretation assignment prior to a new assignment in the Democratic Republic of the Congo

Individuals: Give online to E200526 Martha Sommers’ sending and support

Greetings. Great to be back with the PC(USA) as a mission co-worker after an extended leave of absence. Many of you know I had breast cancer last year. I needed to have a lumpectomy and radiation, and the recovery, especially from the fatigue, has been too gradual for my liking. The great news is that all I need now is mammography every six months. I just had a follow-up mammogram yesterday, which was normal! Very thankful for how so many of you were so good at praying, accompanying, and walking with me during this journey. Very thankful for the countless healthcare workers, researchers and research participants, and survivors who made my treatment and survival possible. 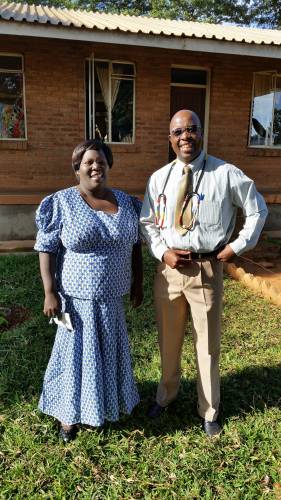 Sadly, there is a widening racial disparity in breast cancer mortality in the U.S.A., with African-American women suffering a 40 percent higher mortality for the same disease. During my leave in the U.S.A. I had the privilege to work with PCCWellness, which serves in the west side of Chicago and the near west suburbs. My duties included serving as one of the attending faculty on the Family Medicine Service at West Suburban Medical Center. While recovering and back at work, I especially remember a few African-American women patients suffering from more widespread breast cancer who had worse prognoses. I was grateful to be able to share with them my confidence in their surgeon and oncologist, as they were also my doctors. Thankfully, because of the Affordable Care Act, PCCWellness and other health centers are increasing access to screening and timely care in areas with health disparities.

I also very much remember my Malawi patients with breast cancer as their tumors eroded through the skin and chest walls. One dear patient, Florence Luwanga, was my first local pottery teacher. At that time we had no morphine and few bandages. Thank you to the many of you who faithfully have supported our growing palliative care programs and the ongoing increasing need for medicine and supplies as our mission hospitals expand the services they provide.

My first major task when I restarted with the PC(USA) in April was to happily be sent back to Malawi to say good-bye, to celebrate friendships and relationships, and to offer mutual encouragement for the challenges ahead—which for me is a new position in the Democratic Republic of the Congo.

During my time in Malawi I had worked between two hospitals, Embangweni and Ekwendeni, of our church partner, the Synod of Livingstonia, CCAP (Church of Central Africa Presbyterian). I was able to visit both of these places and rejoice in how they have expanded their services, upgraded their health workers, and grew as training institutions. The growth in trained health care personnel has been a major factor in Malawi’s huge drop in maternal deaths, which is now one maternal death per 200 live births. Your donations assisted through the Presbyterian Church (U.S.A.)’s partnership with the Synod of Livingstonia to provide scholarships and to support my working at these hospitals as a doctor during the time local doctors were being trained. 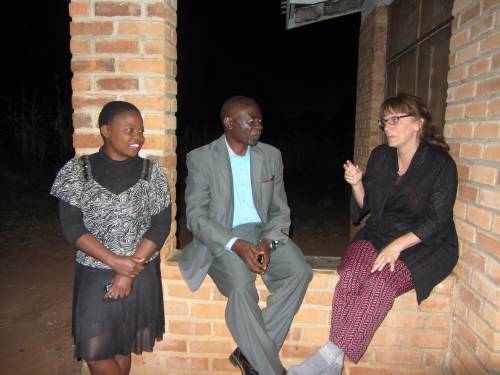 One wonderful example is Ekwendeni Hospital’s medical director, Dr. Jesse Mughogho. Partner churches partly supported her initial medical school training. She finished in 2001 and came to work at Ekwendeni for five years, before again being sent to South Africa with partner support to train as an obstetrician gynecologist. She fully qualified in 2012 and came back to lead Ekwendeni Hospital. Ekwendeni Hospital is the main training site of Ekwendeni’s now College of Health Sciences, which graduates 50+ registered nurses every year, has begun training clinical officers, and continues to use Embangweni Hospital as a training site. Jesse is also my dear friend, mother of 1-year-old Emmanuela, and had me fighting back tears when she gave a speech telling me there is a gap in the family with me leaving. We will do our best to keep in touch and continue to pray for each other.

I am back in the U.S.A. through August, having a super time visiting supporting churches and going to the Sharing Conference and trainings in Louisville. Then, come September, I will be at Centre de Linguistique Appliquee in Besancon, France, for six to nine months to learn French. The language of instruction in the Democratic Republic of Congo is French, which is a new language for me. I will have 25 hours of classroom instruction per week and exams on my progress monthly, with the plan of advancing from beginning to medical professional French. A challenge to be back in school at the age of 52. Exciting, and prayers welcomed.

After that I will finally reach IMCK, the Christian Medical Institute of the Kasai, in the Democratic Republic of the Congo, come 2016. My time there will mainly be split between assisting IMCK in expanding their family medicine training program and coordinating their new Master’s in Public Health, which they are doing in partnership with Saint Louis University. So much to learn about these new places and positions. As I learn, I will be updating you, including by sending prayer letters every three months.

Your prayers and financial gifts are necessary for me to continue to do this work through Presbyterian World Mission. Sadly, because of a budget shortfall, Presbyterian World Mission has just had to recall seven mission families from their countries of service.  There is an expected funding gap of $925,000 in 2016 that could widen to $4.5 million in 2017, resulting in the recall of approximately 40 of the 162 mission co-workers serving today.  To read more about this, please see this article: http://www.pcusa.org/news/2015/5/5/presbyterian-world-mission-funding-gap-may-force-r/

If you are able, please consider making a contribution.

Thanks for your ongoing prayers, support, and friendship,
Martha