Register today for the June 23 (2pm EDT) online Matthew 25 event that will look at hunger and food insecurities.
Make A Donation Click Here >
Home › What We Do › Where We Work › Co-workers › Shining Ever Brighter

A letter from Judy Chan serving in Hong Kong

On March 26, Mrs. Carrie Lam was elected as the new chief executive of Hong Kong. She will assume office on July 1, 2017 as the leader of Hong Kong’s government. Her win was no surprise. Formerly chief secretary, she was the overwhelming favorite of the 1,200-member selection committee. Although many community and Christian groups supported another candidate, Mr. John Tsang, it was apparent that Mrs. Lam would emerge victorious with the support of powerful business and political sectors. 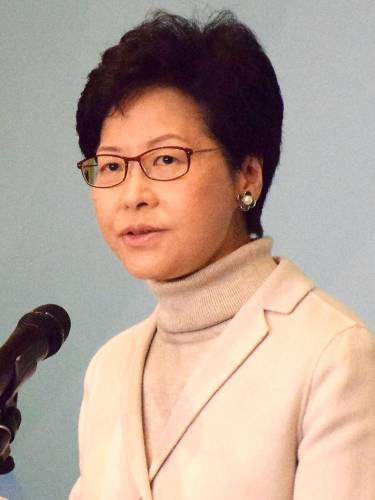 While Hong Kong is allowed to elect some of its legislators and district councilors by popular vote, the chief executive remains a small-circle affair. The winner needs only to obtain the vote of a simple majority of the 1,200 representatives selected from government-designated sectors such as real estate, finance and legal. Even so, citizens have high expectations for the incoming administration. They demand that the people’s voices be heard.

A few days before the election, the Hong Kong Christian Council (HKCC) held a public forum to gather opinions to convey to the incoming government. A formal statement was issued in the name of the HKCC’s Justice and Social Concern Committee. The expectations fall into three main areas:

1. To democratize constitutional development and to rebuild our faith in law and order, as well as the “one country, two systems” policy.

2. To build a just community and to make livelihood-based policies.

3. To develop a sustainable society that upholds human rights, freedom and pluralism.

In any document of this nature, there is always the danger of presenting a “shopping list” of demands that are impossible for any government to meet in one term. Still, the statement expresses the hopes and dreams of the average Hong Konger for the future—for a society where everyone is equal before the law; for decent working conditions and affordable housing; for the protection of precious freedoms like speech, press, assembly and religion; for the young and old to be looked after; for a world in which clear air, clean water and green spaces are non-negotiable.

With the 20th anniversary of the 1997 handover of Hong Kong back to Chinese sovereignty coming up on July 1, the government is gearing up for a big celebration. A video was recently released featuring glossy images of Hong Kong to promote the official theme song, “Hong Kong Our Home,” sung by an array of popular Canto-pop stars. Among the lyrics were these lines:

Critics called the song “fake” and “scary.” I must admit the video looked more like a tourist promotion than a song that expresses the heartfelt sentiments of the people. Certainly, there was no hint of any of the conflicts and hardships since 1997, such as the Asian economic crisis, the SARS epidemic, and the more recent democratic protests.

We all hope that Hong Kong will shine ever brighter and carry on astounding the world. But if that happens, it will not be because of the fireworks, shiny high-rise buildings, dragon boat racers and remarkably cheerful faces featured on the video. It will be, in the words of the HKCC statement, because “the new government administration matches up with the real situation of the city and is humble enough to delve into the existing problems” such as the chronic wealth gap and the erosion of the city’s autonomy over the past two decades. Then and only then will we deserve the accolades of the world.

Mrs. Carrie Lam is reported to be a devoted Christian, and she has been quoted as saying that she ran for the position as a response to a call from God. We pray for her and her administration as well as the Hong Kong Church and all people of goodwill. May we continually seek divine guidance so that together we can map out a truly brighter future for Hong Kong, our home.

May I take this opportunity to thank you for your generous support, both financial and spiritual, of the work of the Hong Kong Christian Council through Presbyterian World Mission. God has continued to astound us with grace and mercy. I remain ever grateful for the day I flew into Hong Kong in 1994, and every day I count my blessings that Hong Kong is for now, yes, my home.