A letter from Doug Dicks, serving in Israel and Palestine

Individuals: Give online to E200516 for Doug Dicks’ sending and support

Congregations: Give to D506222 for Doug Dicks’ sending and support

In late November, I finally arrived in Israel and Palestine to begin my service with the churches in Jerusalem on behalf of the Presbyterian Church (U.S.A.). Talk about hitting the ground running! There was hardly much time to get “settled in” before the necessary tasks at hand began.

On December 6, and while a visiting delegation from the PC(USA) was present in the Holy Land — a delegation that included the Stated Clerk of our General Assembly, the Reverend Dr. J. Herbert Nelson, II — President Donald Trump announced his controversial plans to move the U.S. Embassy from Tel Aviv to Jerusalem, and to recognize Jerusalem as “the eternal capital of the Jewish people.”

Needless to say, most Israelis were elated at the news.

However, from a Palestinian perspective, an overwhelming sense of anger, resentment and betrayal was expressed, as the U.S. President pronounced that Jerusalem was “off the table” in any future negotiations between the Israelis and Palestinians.

Jerusalem was to be a “final status” issue, and it was agreed years ago as part of the Oslo Peace Process that the most difficult issues — which also included water; Israeli Settlements in the West Bank, including East Jerusalem; Palestinian refugees and their status; and final borders of both an Israeli and a Palestinian nation — were to be discussed at a later date.

The United States was to be the “fair and even-handed broker” in any peace agreement between the two parties. Nothing was to be done to prejudice the final outcome of what was hoped to be a two-state solution.

The Christmas Tree on Manger Square, which was lit only days before, had its lights turned off to signify the gloom and darkness that this announcement imposed on the season. 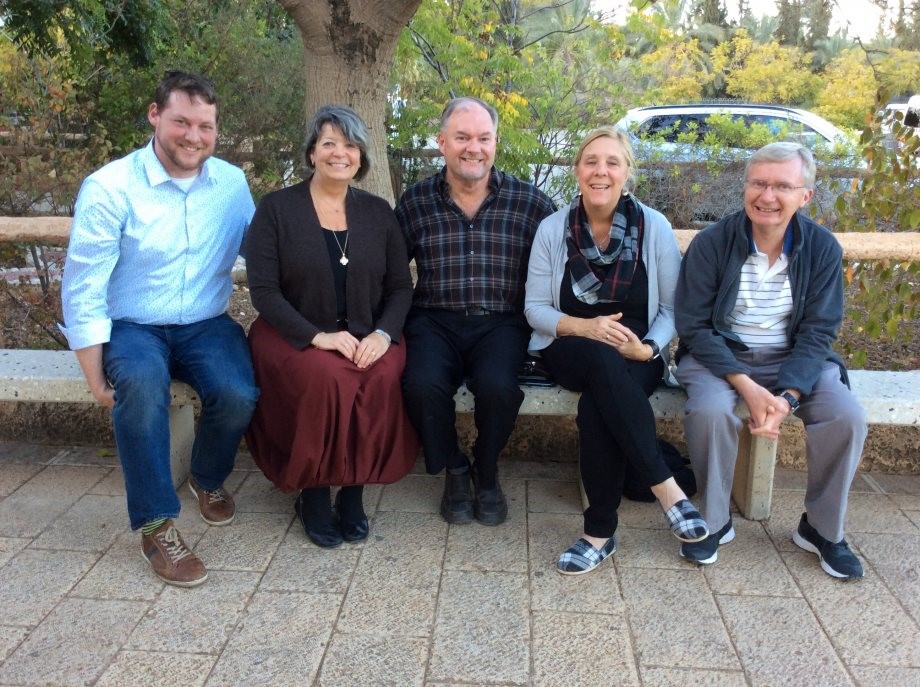 The Stated Clerk of the PC(USA) issued his own statement in response to President Trump’s announcement, saying that “for Christians concerned with peace and justice, Jerusalem must be a city shared by three faiths and two peoples. As long as Israel occupies East Jerusalem and restricts Palestinian human rights, to designate Jerusalem as Israel’s capital is to endorse the violation of international law. We pray for ‘the peace of Jerusalem’ as Christmas approaches, but peace is not achieved by unilateral claims or annexation.” For more on the contentious issue of Jerusalem, please see Reverend Chris Iosso’s article from Unbound.

Despite the gloom and despair of the December surprise, Christmas celebrations went ahead as planned, albeit with a diminished crowd on Manger Square for Christmas Eve. The Christmas Tree on Manger Square was once again lit. However, fearing violence, the thousands of foreign visitors and tourists who had been predicted to arrive never materialized, and only handfuls of pilgrims and tourists could be observed in Bethlehem for the Christmas celebrations.

On Christmas Eve, I observed a few American tourists on Manger Square and engaged with them in conversation. They were expressing their dismay that they held no tickets for the Midnight Mass at St. Catherine’s Church, which is attached to the Church of the Nativity. I invited them to join me in worship at the 10 p.m. English language candlelight service at the Evangelical Lutheran Christmas Church. Delighted by this news, we all made our way through the damp and rainy streets of Bethlehem and worshiped with local Palestinian Christians, tourists and visitors.

On January 3, another shock came to the Palestinian people, as President Trump threatened to cut off funding to the decades-old United Nations Relief and Works Agency (UNRWA), which became operational in May 1950 in response to the ongoing crisis of Palestinian refugees displaced from their homes and lands in the wake of the 1948 Arab-Israeli war. UNRWA undertakes a humanitarian mandate for Palestinian refugees and is largely responsible for health care and education in the refugee camps, many of which have become almost permanent and today resemble ghettos more than they do a camp. Palestine refugees are defined as “persons whose regular place of residence was Palestine during the period June 1, 1946 to 15 May 15, 1948, and who lost both home and means of livelihood as a result of the 1948 conflict.” More than half a million children are taught at UNRWA schools throughout the Middle East.

January was an extremely busy month in the life of the churches in Jerusalem and the Holy Land, and needless to say, it kept me on the go!

On January 10, His Grace Bishop Dr. Munib Younan was feted with a reception and farewell after 42 years of ministry, 20 of which were served as Bishop of the Evangelical Lutheran Church of Jordan and the Holy Land (ELCJHL). Hundreds of invited guests came to wish him well at the Convention Palace at Solomon’s Pools in Bethlehem. His Grace received a gold cross as a farewell gesture on behalf of the ELCJHL.

The consecration of Sani Ibrahim Al-Azar as the new Bishop of the Evangelical Lutheran Church in Jordan and the Holy Land followed only two days later on January 12, and once again, hundreds of people packed the Lutheran Church of the Redeemer in the Old City of Jerusalem.

In early January, the Moderator of the General Assembly of the Church of Scotland arrived in the Holy Land for a tour and solidarity visit to Israel and Palestine. The Right Reverend Dr. Derek Browning gave the sermon at St. Andrew’s Scots Memorial Church on January 21, followed by coffee and conversations, and a buffet lunch was served to the invited guests. The Moderator’s tour also took him and his visiting entourage to Gaza to view firsthand the deteriorating situation there as well as to Jordan, where he had an audience with His Majesty King Abdullah II of Jordan.

In late January, the Week of Prayer for Christian Unity began, with a nine-day schedule of evening services in various churches throughout Jerusalem. An annual event, the Week of Prayer is always well attended and is an attempt by the local churches to unify the church in Jerusalem by coming together in worship and prayer, and by celebrating the richness of the different traditions that are present in Jerusalem.

I want to thank you all for your letters, emails, prayers and financial support. All are most appreciated. Please continue supporting me in these transformative ways. I welcome your correspondence, and am delighted to hear from you!

As we journey through Lent, and the pain of Good Friday leading to the Resurrection and ultimate victory of life over death, may our hearts and minds remain centered on the things that would make for peace, not only in Jerusalem, but in each of our particular communities and areas of the world.