A Letter from Martha Sommers, serving in Malawi

Individuals: Give online to E200526 for Martha Sommers’ sending and support

As the children gathered around me to participate in the Children’s Moment, they sang “Jesus Loves the Little Children.” As they passed around the inflatable globe I had brought and looked for Malawi and North Carolina, we talked about some necessities for keeping children healthy. These young ones knew from their own lives the need for healthy foods, vaccines and doctors to care for you. We then talked about how their church is helping to make these necessities available for the children of Malawi. We discussed that we do this as a church because we know that Jesus loves the little children, and we are all God’s children.

Come February 27, I will be arriving at my new home in Nkhoma, Malawi. I will be working under the Nkhoma Synod of the Church of Central Africa Presbyterian, in Nkhoma Hospital’s family medicine department. I am so happy for this opportunity to contribute to their new family medicine residency program, which is being done in collaboration with Malawi’s college of medicine. Cyberspace allows me to get messages relatively quickly from my soon-to-be colleagues, which is assisting my final preparations. I will be sharing a house with Isabelle, a volunteer optometrist from South Africa. We have an extra bedroom in addition to the guesthouse, so we will be able to welcome those of you who are able to visit. 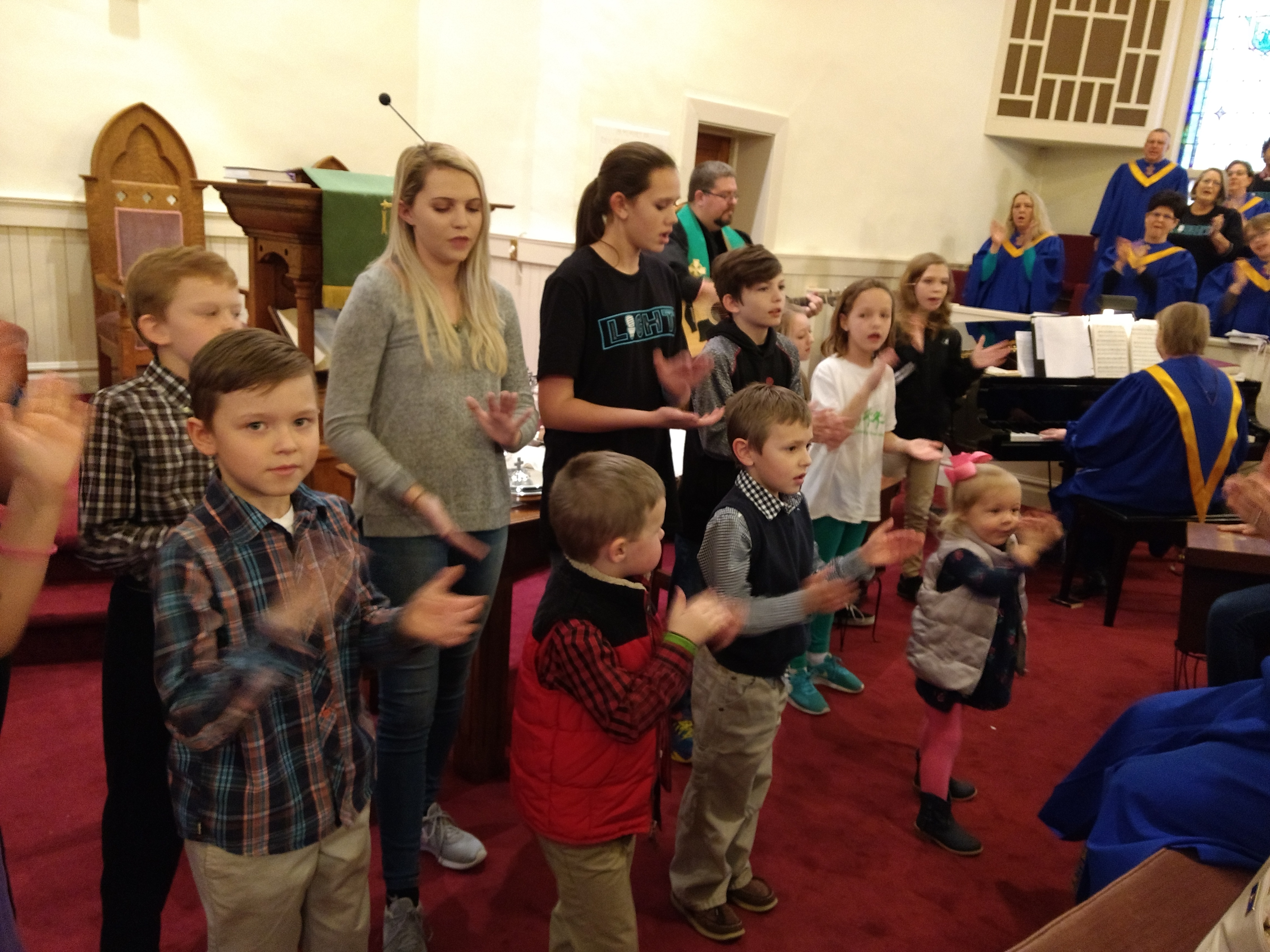 The Children’s Moment described above took place at Union Presbyterian Church on the last Sunday of my ten-day visit to the Western North Carolina Presbytery, which has been working in partnership with Nkhoma on health and education for 15 years. It was such fun to crisscross the presbytery with general presbyter Reverend Bobbi White, who organized my visit, and presbytery associate Reverend Billy Robinson. A few drives were made challenging by rain and sleet, especially on my first Sunday evening as we came down the mountains from Burnsville on a two-lane winding road that was under construction. Thankfully, Bobbi had driven that route countless times. Bobbi and Billy and the folks they introduced me to were filled with love and stories from their visits to Malawi and visits from their Malawian friends.

There were fun surprises. On Wednesday morning, we started the day by going to The Pines retirement center to have tea and coffee with Dorothy “Dot” Makenzie. On the way, Bobbi told me that, at the age of 79, Dot volunteered at Nkhoma’s new Ebenezer Elementary School as the first administrator. When she returned home to western North Carolina, she began raising money to seed the Western North Carolina Presbytery’s Building HOPE campaign. Funds from the campaign have been utilized for meeting the needs of Nkhoma hospital, upgrading nine of the hospital’s health centers, acquiring a vehicle for village health outreach and supporting Ebenezer elementary school.

As we sat in the common room chatting over our coffee and tea, we discovered we had met before. First in Malawi, and then at the 2012 Malawi Network meeting. It was so good to reconnect. Dot joined us as we made a number of visits to present about mission. When we had free time in the afternoon before our evening church visit in Shelby, NC, she hosted us for our respite hours. Bobbi got to nap, and I got to hike in the woods. Then, we once more shared tea and coffee, and she sent us on our journey with hugs and encouragement.

I was amazed by how so many churches in western North Carolina work together in close collaboration through the presbytery. When I asked how this developed, people spoke of Reverend Bobbi White and her heart for mission. Growing up in Black Mountain, NC, gave her the opportunity to meet, listen to and become friends with many returning Presbyterian missionaries. Bobbi described herself as a second-career pastor. After she was ordained, she began in the presbytery office, where she developed trusting, collaborative relationships with pastors and members of the presbytery, even before becoming the executer. 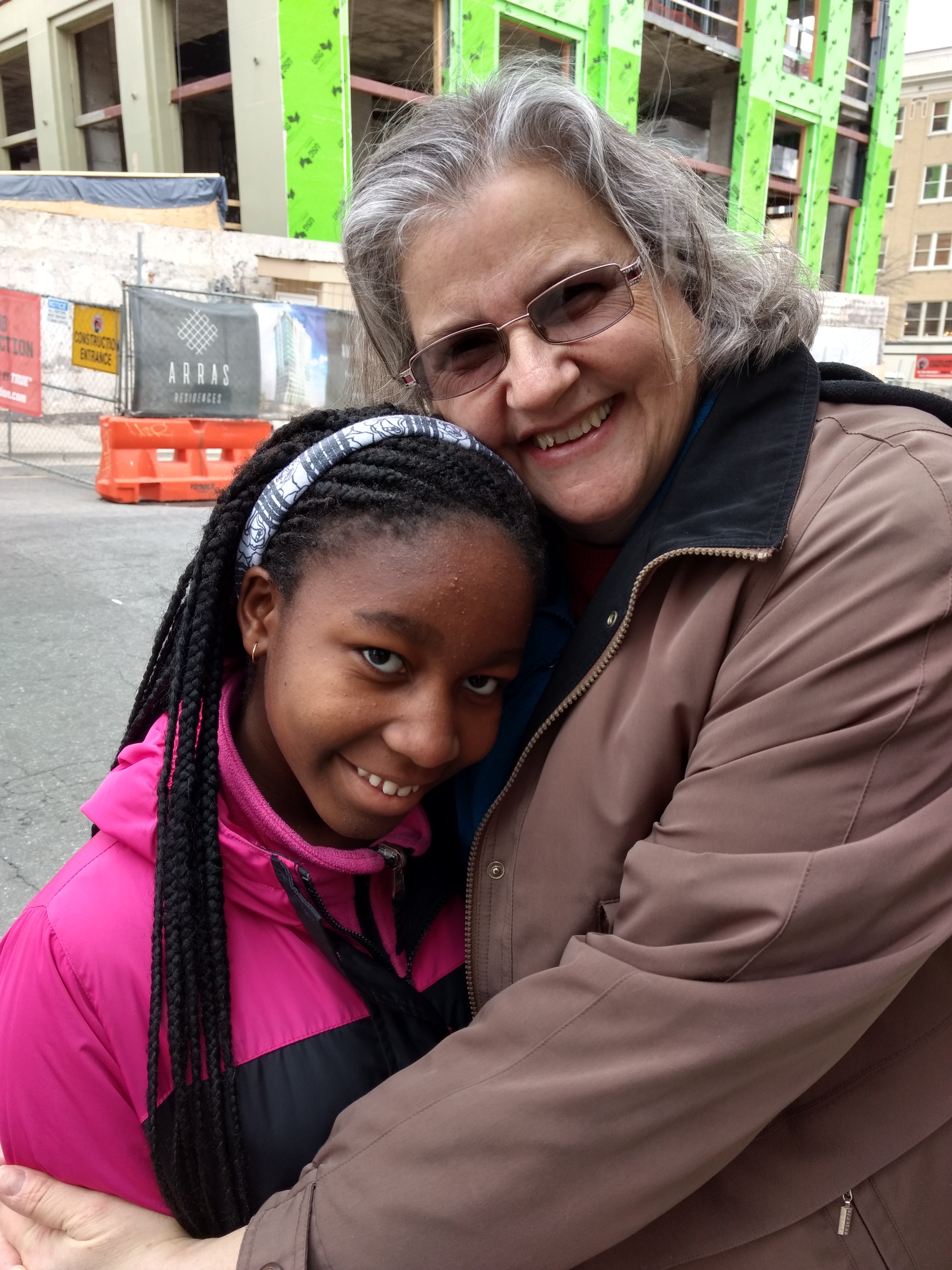 Bobbi described the role former mission coworker and dear friend Dr. Barbara Nagy played in the flourishing relationship between the members of the Western North Carolina Presbytery and the Nkhoma Synod. While a member of First Presbyterian Church of Morgantown, NC, in 2004 Barbara answered the call to work as a pediatrician and moved to Nkhoma, Malawi, with her growing daughters, Melia and Anna. The Western North Carolina Presbytery committed to raising 80 percent of her financial support, and it quickly began organizing trips and events, sharing news and learning to journey with their new friends at Nkhoma. I got to know Barbara and her daughters while she was at Nkhoma and I was working in northern Malawi. She was one of the few pediatricians in Malawi, and, along with many committed others, played an important role in reducing death among children there. According to UNICEF statistics, in 1990, 224 of 1,000 children died before their fifth birthday. In 2012, the death rate for children under 5 had decreased to 71 in 1,000.

On the first Saturday evening of the trip, I had dinner at Barbara’s home and was able to catch up with her. She is back in Morganton, NC, with her youngest daughter, Happy. Her oldest daughter, Melia, and Melia’s husband, Jacob, were visiting, and her daughter Anna was back from college. Melia was within weeks of delivering their first baby, and Barbara showed us the grandmother mug Melia and Jacob had given her to announce they were having a baby, stating that she was not able to drink out of the mug until the delivery, which we all were kind of hoping would happen before Melia and Jacob returned to Virginia the next morning. Well, things did not go according to that wish: she did not go into labor until she returned to Virginia.

It was such fun to get the updates from Barbara and celebrate her grandchild’s impending arrival. When Melia did go into labor, two of Barbara’s great friends from church were hosting me and Barbara’s youngest, Happy. As we saw pictures of baby Lina and watched Happy send messages, we rejoiced. We then toasted Happy as the new aunt. During the days that followed, it was wonderful to see and get messages of rejoicing from Malawi and the churches in western North Carolina for Barbara’s new grandchild, a precious addition to our international extended family. Being with my friend Barbara, with her combined roles as pediatrician, mother, and now grandmother, was truly inspiring.

As I journey to Nkhoma and take up my new role, I am grateful for your financial, emotional and spiritual support. Please continue your donations — they make continuing my service as a mission coworker possible. Thank you for participating in these beautiful, long relationships that we have through Presbyterian Church USA’s partnership with the Church of Central Africa Presbyterian.

I look forward to updating you in the coming months.