A Letter from Richard and Debbie Welch, serving in Guatemala

Individuals: Give online to E200505 for Richard and Debbie Welch’s sending and support

Congregations: Give to D507571 for Richard and Debbie Welch’s sending and support

“…Should everything go according to plan, and it usually does, when you wake up, you’ll feel like you’ve done too many sit-ups, and it might hurt when you cough, sneeze, or laugh. But in a few days, you should be able to increase your activity level a little each day and soon you’ll be back to normal and ready to return to your mission.”

Dear Friends and Partners in Mission,

Several years ago, Richard was diagnosed with a relatively common form of prostate cancer that was determined to be slow-growing and non-aggressive. Instead of radiation or surgery, we opted for a regimen of “active surveillance,” which entailed regular lab tests and examinations. After several years of unremarkable tests, results last June indicated a change, and after receiving the above words of assurance, Richard was scheduled for robotic (laparoscopic) surgery in September, right after our participation in the Guatemala Network meeting and Debbie’s participation in the gathering of the Presbyterian Women of South Alabama. 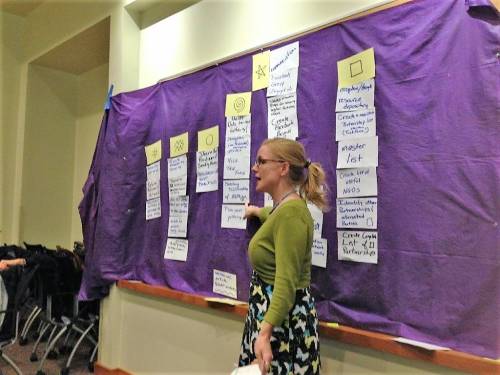 Ellen Sherby of World Mission leading a workshop at the Guatemala Partnership Network.

It’s hard to recall every single “God moment” that marked our journey from Guatemala to our “work” commitments along the way, and to surgery, recovery, and finally our return. As word of our impending journey and surgery circled around our Presbyterian congregation in Cobán, we were regularly held up in prayer by the people we’ve come to know, trust, and love over the years. Hearing the heartfelt prayers from people for whom the level of medical care we receive is inaccessible was humbling and blessing at the same time. At our Guatemala Partnership Network meeting in Louisville, we connected with friends, colleagues, and supporters from around our denomination who share a passion for mission partnership in Guatemala. In addition to renewing and seeking to strengthen our commitments to one another and our Guatemalan partners, Richard received more blessings and prayers before embarking on the journey south. 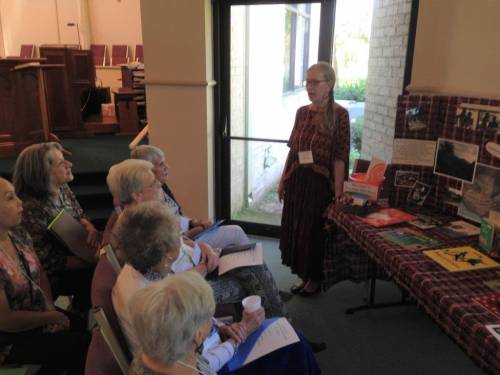 In south Alabama, Debbie repeatedly shared her excitement for the children’s literacy program she is coordinating in Guatemala. She presented her 10 minute “pitch” on Libros Para Niños to eight different groups of women from around the presbytery, meaning she spoke for a total of 80 minutes. The support and enthusiasm were awesome. In the kitchen of our hosts, we held hands (and paws as the family dogs like to participate in prayer time) as prayers were offered for the rest of our travels and upcoming surgery. On Sunday, we visited a congregation we’d come to know from their visits to Cobán. Mike, a representative of the company that manufactures the surgical robot, assured Richard that his machine would take good care of him.

Mike was right. The whole process was remarkedly unremarkable. For such major surgery to be so noninvasive was mysterious and miraculous at the same time. Waking up in recovery, Richard started to remember the talk about too many sit-ups. Debbie was waiting for him in the room where, after 63 years of avoiding it, he would spend his first night in a hospital. There was so much to get used to. A whole cadre of dedicated professionals repeatedly checking pain and medication levels. Orange popsicles never tasted so good. The TV shows were in English. No one warned him about watching comedies. “How’s your pain level?” The nurse asked, looking for a number between one and ten. “I think I’m at a two, except when I laugh. Then I’m at a six.” “Well, maybe you shouldn’t laugh.” Why that statement seemed so funny is hard to say. All we know is that it hurt. 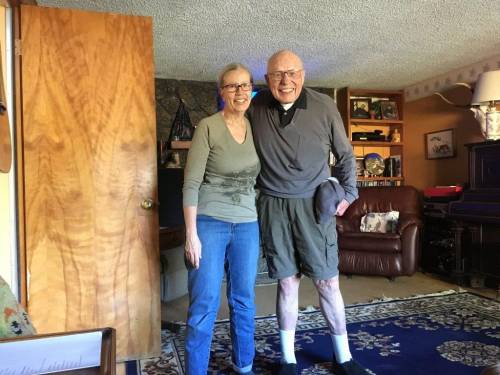 Just one day after surgery, Richard was released to go home to continue recovery. Walks from bed to couch became walks up and down the hall, around the house, down to the mailbox, and beyond. Friends came by to visit. Pastor Don, who married our two sons and has since retired, checked in on us as well. All these events were such surreal reminders of how so many people care for us. Two weeks after surgery, the doctor gave the “all clear” to return to Guatemala.

“Hermano Ricardo, do you know how we can find a pediatrician? Our little girl has been sick and has trouble breathing. We took her to the hospital and they gave her a prescription for some medicine. We bought it and gave it to her, but it isn’t working.” 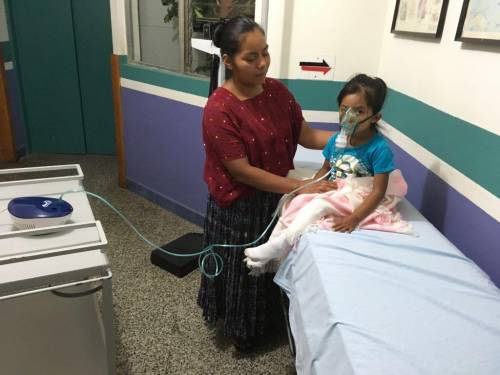 Breathing treatment in the hospital.

It was one of our good friends from church. We’d only been back for a couple of weeks so hadn’t yet connected with everyone. For him to call so late asking about a specialist, we knew something had to be wrong. From Richard’s experience with the private clinic and hospital as part of his active surveillance regimen and from our visits to the public hospital with the youth of our church, we also knew that the gap in available care between the public and private institutions is substantial. We had them meet us at the emergency entrance of the private hospital Richard had frequented. Their usually active and precocious daughter was so lethargic we thought she was in a coma. The pediatrician on call listened to her breathing, diagnosed a lung infection, and started her on breathing treatments. She soon became responsive, wanting to remove the breathing mask and go home. The nurse brought her a mask so she could pretend she was a monkey. As she put it on and began to play, the release of all the tension, and the fact that she looked so darn cute, caused us all to laugh. But knowing what this lovely family had just been through, it still hurt to laugh. 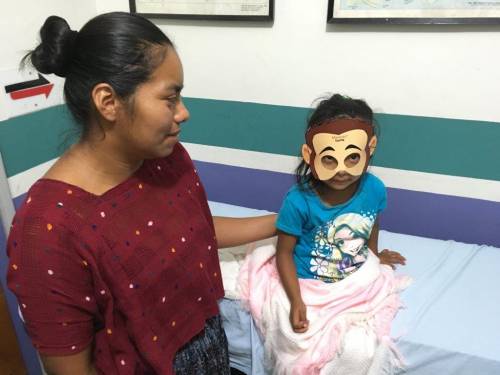 Feeling better. A moment of levity.

As “professional” mission coworkers, we are often seen as ministers, doing God’s work in a faraway place where many needs abound. And while we hold to and embrace the callings that God has put on our lives, we also witness and experience the caring and supportive ministry we so often receive from you who pray for us, encourage us, and support our ministry financially. We have experienced the body of Christ through our relationships with you. Thank you for being with us on the journey!