A letter from Jeremy Garbat-Welch in the U.S. on medical leave from Malawi

Dear Sisters and Brothers in Christ,

As 2016 draws to a close we have been reflecting on the countries in which we serve and the lives of God’s people there; our reflections have created heavy hearts within us. A friend recently posted on Facebook, “Come, Lord Jesus, Come.” Her words echo the desperation we see around us as people cry out for peace and deliverance.

In July fighting erupted in South Sudan, another continuation of the ongoing civil war. Rev. Peter Gai, Moderator of the Presbyterian Church of South Sudan, issued a call to prayer to the PC(USA): “We request all brothers and sisters in the PC(USA) to pray very hard for this beleaguered South Sudan so God may fully intervene (in) this time of implementation of what is called the Comprehensive Peace Agreement.” Leisa Wagstaff, mission co-worker serving in Juba, the capital of South Sudan, wrote that “barrages of bullets from tankers and gunships and machine guns and RPGs and other weapons of war invaded our lives. Even the air we breathed trembled.” Leisa “slept on the floor fully clothed, with sneakers on and (her) passport and Bible within reach.” 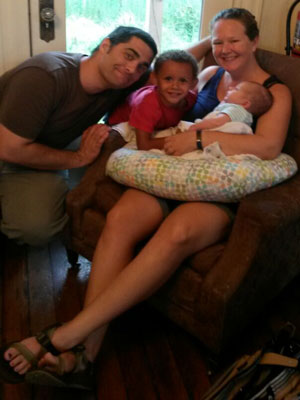 In September another call to prayer was issued, this time from the Democratic Republic of Congo. Hunter Farrell, then Director for World Mission, wrote: “The situation in DR Congo is tense. Protests are called for on Monday, September 19, to express opposition to the delay in the election timetable and what is seen by many as an effort of President Joseph Kabila to remain in power beyond the set term limits. … Please pray for the safety and security of the people of the Democratic Republic of Congo. May their aspirations for a peaceful transition of leadership be respected according to the constitution.”

In August Christi Boyd, mission co-worker in the Democratic Republic of Congo, wrote of ongoing violence in Beni, north of Goma in Eastern DR Congo: “Last Saturday over 50 people have reportedly been killed by machetes. Since October 2014 Beni has been experiencing sprees of brutal killings by a militia that started as a Ugandan rebel movement but has since moved into Congo and is said to have been recruiting many new members there.”

In southern Africa erratic and heavy rainfall in 2015, which caused both severe flooding and drought, and low rainfall in 2016, creating conditions not conducive to the growth of maize, the staple crop, have resulted in one of the worst food crises the region has seen since the 1980s. Malawi’s President, Peter Mutharika, has declared a state of emergency. It is expected that 8 million people in Malawi (half of the population) will need food assistance by November. Mphatso Ngulube, Director of the Livingstonia Synod AIDS Programme, writes: “The issue of hunger cannot be overemphasized here. It is really bad, and for us it becomes worse because people living with HIV depend on food for them to take their ARVs.”

In the U.S. we have joined with you as we have watched in growing horror as the veil has been lifted and the deep issues of racism in this country have been brought out into the light for all to see. Then we had our own personal crisis as doctors worked to save Luta’s life as she experienced an unexpected hemorrhage after the birth of our son, and she has walked the slow road to healing. At moments “Come, Lord Jesus, Come” has seemed the only prayer that could come from our hearts.

In times like these our “ministry verse” can be challenging:

The Spirit of the Sovereign LORD is upon me,
for the LORD has anointed me
to bring good news to the poor.
He has sent me to comfort the brokenhearted
and to proclaim that captives will be released
and prisoners will be freed. (Isaiah 61:1)

The pain of the world feels too great and we feel too weak.

As we have sought healing and rest from our own family crisis, we have been challenged to look for God’s redemptive lining. We have been reminded to look to Christ, to find our strength in God, not in ourselves, and to remember that Christ himself is our Good News and our Comforter. The redemptive lining that we have found ourselves reflecting on is God’s people, God’s church at work around the world. In Malawi the activities of the Community Health Evangelism (CHE) initiative have, through training with communities, resulted in increased maize yields in the midst of the hunger crisis. Elida Mphedwa, Program Coordinator for CHE in Nkhoma Synod, wrote: “I was in the community doing home visits with CHEs (community health evangelists). It was very encouraging to see how people were happy because of the improvement that CHE has brought to their lives. [A woman] was very happy to show me her maize silo and a basket full of maize. She said that she didn’t know that she could manage to harvest enough maize as this. She continues to say that this maize is enough to feed herself, her husband and the 2-year-old child that the family has for the whole year.” In the Democratic Republic of Congo and in South Sudan the church is actively engaged in trauma healing with their communities through Healing Hands, a trauma-healing program for children, and trauma healing incorporated in theological education, respectively. In the midst of crisis the church continues to be the feet and hands of Christ, bringing hope and healing to those they serve.

As Isaiah foretold, the Savior continues to work in the world.

“The people who walked in darkness have seen a great light; those who dwelt in a land of deep darkness, on them has light shone. … For to us a child is born, to us a son is given; and the government shall be upon his shoulder, and his name shall be called Wonderful Counselor, Mighty God, Everlasting Father and Prince of Peace” (Isaiah 9:2, 6).

Christ is the redemptive lining. Your prayers, correspondence and financial commitment have also been a source of hope and joy for us. In this season of giving, we invite you to commit to continuing your support of God’s work in Africa.

“Do not fear, for I have redeemed you; I have called you by name, you are mine.
When you pass through the waters, I will be with you; and through the rivers, they shall not overwhelm you;
when you walk through fire you shall not be burned, and the flame shall not consume you. (Isaiah 43:1b-2, NRSV)

Thank you for your prayers and for your financial support of Jeremy and Luta Garbat-Welch this year, and any previous year. We hear from our mission co-workers how much your prayerful financial support has meant to them. Please know that you are a vital part of ministries throughout Malawi.

Even as I thank you, I want to let you know that this is a critical time for our congregations and all people of faith to commit themselves to support mission co-workers like Luta and Jeremy. Our global church partners greatly value their service, and you well know how important this ministry is in building connections between the body of Christ in the U.S. and Malawi.

We have historically relied on endowment interest and the general offering from congregations to sustain the vital work of all of our mission workers. Those sources of funding have greatly diminished. It is only through the gifts of individuals and congregations that we are able to keep Jeremy and Luta doing the life-giving work God called them to do. A year ago, in May 2015, we had to recall some mission workers due to a lack of funding. World Mission communicated the challenge to you, and you responded decisively and generously. Through your response, we heard the Spirit remind us, “Fear not!”

Today, I’m asking you to consider an additional gift for this year, and to increase the gift you may consider for 2017. Sending and support costs include not only salary but also health insurance and retirement contributions, orientation, language training, housing, travel to the country of service, children’s education, emergency evacuation costs, and visa/passport costs.

My heartfelt thanks for your prayers and support of our Presbyterian mission co-workers. In the coming season, we will celebrate God’s sending of the Christ child, the source of the good news we share. May you experience anew the hope, peace, joy, and love that are ours because “perfect love casts out fear” (I John 4:18).

Thank you for saying “yes” to love.

With you in Christ,