Share God’s love with our neighbors-in-need around the world through One Great Hour of Sharing.
Make A Donation Click Here >
Home › What We Do › Where We Work › Co-workers › Becoming Clearer and More Faithful Together

A letter from Jo Ella Holman, serving as Regional Liaison for the Caribbean, based in Dominican Republic

Dear Friends,
I have been on a journey of a different kind during the month of October, the month in which we as Protestant churches around the world celebrate 500 years since Luther attached his 95 theses on the door of the church in Wittenburg, Germany to promote reform within the Church. All our Caribbean partners are planning special services and events around this anniversary, especially on Reformation Sunday, October 29. 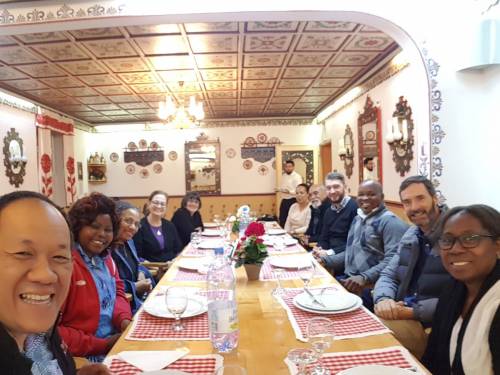 My journey in October began in the unexpected venue of Romania. The World Council of Churches invited me to be part of next year’s Global Ecumenical Theological Institute. This Institute will bring together 120 seminarians from around the globe to learn from each other and from this group of “theological facilitators” whom I joined for a preparatory meeting in Romania. At the Institute, we shall learn from participating in the World Mission and Evangelism Conference of the World Council next March. Close to 1000 people will gather, representatives of churches near and far, come together to pray, to worship God, to study, to listen to each other and the Spirit as we discern together where God is at work within the many issues we face as humanity and all of God’s creation. The World Council of Churches is made up of Protestant churches from around the world and, more recently, with the Eastern Orthodox churches and in dialogue with the Roman Catholic Church. 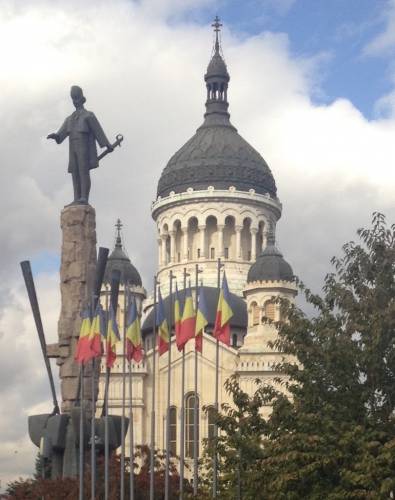 In Romania, we were hosted by the Romanian Orthodox Church. Most of us Protestants know little about the Orthodox faith. Maybe we have visited a Greek Orthodox Church—or at least gone to the Greek festival in our hometowns to sample the delicious food! But, few of us know about the origins and faith of that very rich Christian tradition known as the Eastern Orthodox Church in its various forms: Romanian and Greek, but also, Russian, Armenian, Syrian, Coptic (Egyptian), Ethiopian and many other branches. The break of those now “Orthodox” happened in 1054 with the Eastern church splitting from the West and Roman Catholicism, though it had been simmering for some time. Chief among the reasons were the increasing power being taken or ascribed to the Pope in Rome. There were also different approaches to the sacraments and to clerical celibacy (Orthodox priests may marry, but do not—yet—ordain women). ¹And yet, here we were gathered as one body to speak and to listen to each other in preparation for our teaching in Arusha. 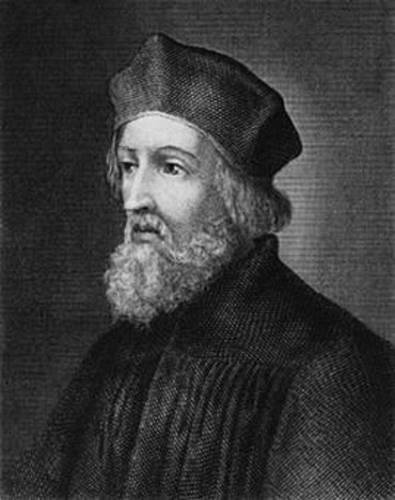 My journey in October also took me to Hungary and to the Czech Republic to listen to the Reformed churches there, churches that celebrated their 600th year of existence as a Reformed church in 2015. Jan Hus, a Roman Catholic preacher and lecturer like Luther was 100 years later, raised questions about the then-current practices of the Church and called for reforms. Born in 1371 in Bohemia (part of the now Czech Republic), Hus studied philosophy and theology in Prague. Hus preached “Christ alone as head of the Church and the Bible as its true foundation.” He asserted that the Church is the community that God has predestined for salvation and advocated for allowing the laity to have the cup, as well as the bread, in the Eucharist. He questioned the legitimacy of the Papacy and derided the practice of selling indulgences. Sounds a lot like Martin Luther, doesn’t he?

Hus gathered quite a following, especially since he preached in Czech and united his theology with political demands (the Czechs were under the domination of the German-speaking elite). He worked on a revision of a Czech translation of the Bible, published in 1488. The Hungarian and Czech Reformed churches of today are the heirs to Hus’ teaching 600 years ago. Martin Luther would study and publish Jan Hus’ writings, declaring “we are all Hussites without having been aware of it.” One of Hus’ statements became the motto of the Czech Republic, “Truth will prevail.”² 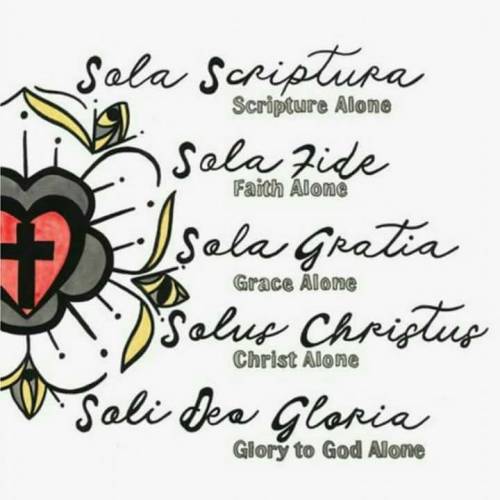 Five major assertions of the Reformers.

Each of these reformation calls came within particular political, social, and economic contexts of powers and principalities and struggles for power. Europeans remember that many long wars were sparked with each of these calls for Church reform, as the power of different rulers outside and within the Church were challenged. Religious liberty and religious tolerance were not acceptable, with several of the reformers ending up burnt at the stake, including Jan Hus.

Sometimes these historical divisions can overshadow the desire of each of the reformers to maintain the unity of the Church. None was seeking to start a new church, but, rather, to call attention to problems within the existing Church and to renew its life and witness.

We stand in that same tension of both reforming and unifying the Church, of learning from its different parts and becoming clearer and more faithful together. It is a struggle that must continue today and every day, if we seek to be true to our call as Christians in this community called the Church.

Please join me in prayer for the Global Ecumenical Theological Institute in March of next year as the Church in its many faces and perspectives gathers in Tanzania. As always, I appreciate your prayers for me and for my ministry and for your ongoing support.

May God bless and keep you,

1Alicia Ambrosio, “What you need to know about the Orthodox-Catholic split and Hopes for Reunification,” aleteia.org/2017/09/13/what-you-need-to-know-about-the-orthodox-catholic-split-and-hopes-for-reunification/, accessed 10/23/17.