A Letter from Bill and Ann Moore, serving in Japan

Individuals:  Give online to E200388 for Bill and Ann Moore’s sending and support

Congregations: Give to D504894 for Bill and Ann Moore’s sending and support

From my childhood in Korea, I (Bill) vividly remember my missionary grandfather, the Rev. Elmer T. Boyer, talking about his work as administrator of what was then commonly called “the leprosy colony” on the southern tip of the country. It had its beginnings in 1909 when one of the early Presbyterian missionaries to Korea, Dr. Wylie Forsythe, found a dying Hansen’s disease sufferer on the side of a country road. For fear of contagion, no one dared to help her, but Dr. Forsythe was compelled to treat her and find shelter and food for her so she might spend her last days in relative comfort knowing that someone cared. Because of this encounter, the Presbyterian Mission in Korea was determined to minister in the name of Jesus Christ to the needs of those suffering from Hansen’s disease (formerly known as leprosy). With generous offerings from Presbyterians in the U.S., a large residential care community and hospital was established in the early 1900s where thousands of Hansen’s disease sufferers and their family members were ministered to in the name of Jesus Christ. With the introduction of drugs to cure the disease in the 1950s, it is now rarely found in Korea, but the hospital continues to care for elderly former patients in its nursing home. Wilson Leprosy Center and Rehabilitation Hospital is now a well-regarded Christian orthopedic hospital that draws patients from all parts of Korea and beyond.

Just about wherever Presbyterians have been sent out in mission, they have been involved in partnership with local Christians to share the Gospel, establish indigenous churches, and found Christian educational institutions and hospitals. Especially in Asia during the 20th century, there was an amazing burst of mission activity. Many of the churches and other institutions that were established in that era flourished and have an influential place in their respective countries. The indigenous churches’ outreach, however, is not confined to their own people. Having been transformed and blessed by the Gospel, they also reach out in mission across national boundaries. For example, there are Korean mission workers serving in Bangladesh and Japanese serving in Thailand.

Japan Mission, the organization that we lead in mission partnership with the PC(USA), is seeking to expand this concept through medical mission. As it operates a hospital in the city of Osaka in western Japan, it is equipped to do so. With the prayer and encouragement of the local Christian community and funding by Presbyterian Women, Yodogawa Christian Hospital (YCH) was founded in 1955 by the Japan Mission of the Presbyterian Church in the U.S. Over the years, it has grown from a small clinic to become a large general hospital known for its high level of medical practice and loving care afforded to patients in the spirit of Jesus Christ, the Great Physician. 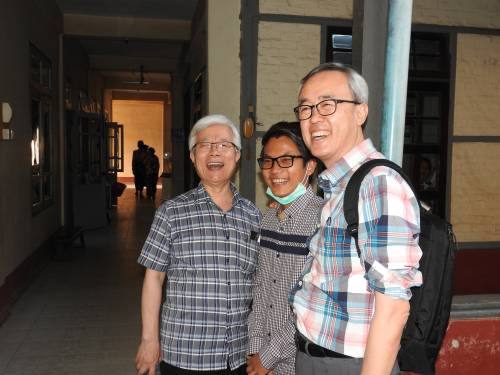 Japan Mission and YCH have the privilege and blessing of partnering with the Presbyterian Church of Myanmar’s Agape Hospital in Kalay to enhance its ability to care for patients. To expand the concept of medical mission, we have invited Christian hospitals from other countries in Asia to participate with us in partnership with Agape Hospital. We are blessed that Yonsei University’s Severance Hospital and its Medical Mission Center in Seoul, Korea, have joined the partnership. This large Christian hospital was founded 130 years ago by Presbyterian mission efforts and is well-regarded internationally. Two years ago, the Medical Mission Center sent a team to Agape Hospital to conduct a dermatology clinic that was very much appreciated. The Medical Mission Center is also equipped to provide training lectures for physicians in the places where they live, and to invite physicians to Seoul for specialist training at Severance Hospital. We are blessed with the partnership of Severance Hospital and Christian hospitals in Taiwan and Thailand that would like to join us in this partnership with Agape Hospital. It is our conviction that this new era of medical mission involving multiple partners from different nations serving together to bring healing in the name of Jesus Christ will bear fruit for God’s Kingdom not only at Agape Hospital, but at other developing hospitals as well. 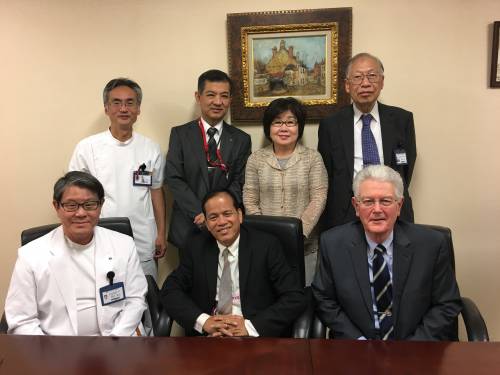 In conversations with our Presbyterian Church of Myanmar partners, we concluded that for the stability and effectiveness of Agape Hospital, securing the services of a full-time physician was a top priority. Relying exclusively on part-time medical staff was creating leadership, communication and continuity problems. In an answer to prayer, Dr. Zaw Min Nai, a young Christian physician, has recently joined the staff as superintendent. Now we have received the good news that he will be coming to Yodogawa Christian Hospital for several months to receive advanced training in emergency medicine. Especially as people in regional areas of Myanmar now travel by scooter (with the whole family piling on without helmets), emergency medicine is a critical need.

We have heard that the new electric power transformer that Japan Mission helped to provide for Agape Hospital has at last been connected and is making a huge difference for patients and staff. Instead of the old normal of frequent blackouts that were not only very inconvenient but also life-threatening to patients dependent on medical devices, presently all can be confident of reliable electric service.

We are blessed to be part of what God is doing in Japan and Myanmar and we are blessed to have wonderful international partners with whom we work. Those who support our work through prayer, encouragement and gifts are also our partners in God’s mission. We thank you for being our faithful partners and ask for your continued support!

With Gratitude for your Partnership,
Bill and Ann Moore