A Letter from Dustin and Sherri Ellington, serving in Zambia

Individuals: Give online to E200478 for Dustin and Sherri Ellington’s sending and support

Congregations: Give to D507543 for Dustin and Sherri Ellington’s sending and support

The end of 2017 and the beginning of 2018 came with some layers of wind and rain, change and disruption, for us personally, for Zambia, and for Justo Mwale University.

For us personally, life was briefly but intensely disrupted when Dustin went to an academic biblical studies conference in the U.S. That may not sound particularly exciting to some of you, but it is to him … and it became extra exciting when he tacked on a “routine” hernia repair surgery during some scheduled library time afterwards. A series of complications led, after a few miserable days of non-recovery, to the worst pain of his life, a scary and painfully long emergency room visit, and two nights in the hospital recovering from “non-traumatic kidney injury.”

Observing all of this from 8,000 miles away in Zambia, with each building complication I wondered whether Chris and I should travel to the U.S. to be with Dustin in case things got worse … or if things got better to at least start helping his brother and sister-in-law in their care for him. In the end, I decided to err on the side of caution, so with the support of Christopher’s school pulled him out two weeks early to join Dustin. By the time our travels got us there, he was out of the hospital, doing much better, and we felt a bit useless. But rather than second-guessing our decision with hindsight, we prefer to thank God for answering many heartfelt prayers and giving Dustin the medical attention and healing that he needed!

The next big disruption appeared to us via the electronic newsfeeds we receive each day on happenings in Zambia. Each year, during the November-to-March rainy season, Zambia unfortunately tends to experience some incidents of cholera — a disease marked by very watery diarrhea that can even lead to death when people do not receive fluid replenishment quickly enough. This January there was a surge in the number of cholera cases and deaths being reported, so the government took some strong steps to curb its spread. First, clean water was supplied free of charge to the epicenters; later it was announced that across Zambia (and particularly the capital city of Lusaka, where we live) schools would not reopen, churches should not meet, and markets should close down until further notice. Indeed, some churches that ignored or defied these orders had their meetings broken up by the army. Vegetable sellers, barred from earning their livelihoods in the markets, went out to sell along roadsides early in the mornings before police could come and chase them away.

Dustin and Chris, freshly vaccinated against cholera, returned to Zambia in the midst of this craziness. Soon, Chris’s school was one of the first to open back up. Justo Mwale was delayed in opening by two weeks. Some schools, including the University of Zambia, still have not opened as of the end of February. Fortunately, the cholera seems to be slowing down now. In all, 85 people have died of it, which at least numerically is an improvement over the 500 who died in a 1999 outbreak. Nevertheless, this is a disease that can be prevented by availability of clean water, personal hygiene habits, and community planning to keep latrines and sewage from polluting water supplies. We are thankful for newly increased awareness, which improves both personal habits and the prioritization of water and sewage infrastructure. However, as in most developing countries, money is tight and we hope Zambia’s funds can be used wisely toward reducing and eliminating the risk of cholera in future rainy seasons. 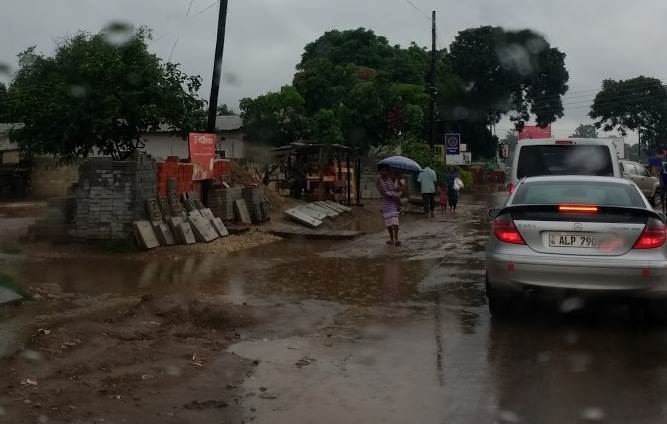 The final disruption we’ll mention here is one we were partially expecting, but it got worked out in ways beyond our expectations. As shared in past update letters, Justo Mwale University has been in the process of a leadership change. In December the new head of school was chosen: Dr. Lukas Soko, the former Dean of Studies. He seems to be off to an excellent start in learning his job and beginning to add his touch to Justo Mwale University.

Unexpectedly, though, the reshuffling in the university’s administration resulted in some surprises for Dustin when he arrived back in Zambia. News seemed to roll out one responsibility at a time: Dustin was appointed Dean of Students … And Chaplain … And in charge of orientation for new students the following week … And in charge of Field Education. These new roles were in addition to, not instead of, his other responsibilities. On one level, Dustin feels affirmed to be tapped for these roles, and even enjoys the individual pieces. But the load of them on top of his normal work is overwhelming, and unsustainable for the long haul. Dustin understandably looks forward to a new colleague joining the faculty soon so he can switch to a supportive role assisting the new lecturer in many of these responsibilities. Missionally, we also feel that playing a supporting role is more appropriate for an American foreigner serving cross-culturally as a guest in an African institution.

So, life has felt full of disruption and change. God promises that for the one whose foundation is built solidly on him, “The rain came down, the streams rose, and the winds blew and beat against that house; yet it did not fall, because it had its foundation on the rock.” (Matthew 7:25) Please pray with us that we, and that our colleagues at Justo Mwale University and in the Zambian church, will make choices to be rooted ever more deeply in Christ, our rock.

• Sherri is in the midst of Young Adult Volunteer (YAV) interview season. Please pray God will give discernment all around and lead exactly the right young adults to spend August 2018-July 2019 in Zambia as “A Year of Service for a Lifetime of Change.”

• A reality of overseas mission service is distance from family. Dustin’s father recently entered a nursing home, due to Alzheimer’s disease. All of our parents are getting older. Clayton is in college in California, a 10-hour time zone difference from us. We would appreciate prayer that we can connect well with our family across the miles, and that we can make the most of in-person time when we have those opportunities.

• Please pray for Zambia’s cholera situation, both this year and in the future — that proactive improvements in water and sewage infrastructure as well as personal habits will help Zambia to eliminate the threat of cholera, and that Zambia’s funds will be spent effectively toward this end.

• Please thank God with us for his grace in so many ways, including Dustin’s apparently full recovery from surgery complications. We also appreciate continued prayer for health and safety as we live and serve in Zambia.

• And, as stated above, please pray with us that we and our colleagues will be rooted ever deeper in Christ, our rock, and that this rootedness will help us all to withstand whatever winds and rains may come.

Thank you for all of your support in prayer, in care, and in financial sending. We could not serve in Zambia without your partnership in the gospel.