Building a Life of Faith. Support the Pentecost Offering..
Make A Donation Click Here >
Home › What We Do › Where We Work › Co-workers › 101, One Leads One

This semester for a mission course, Rev. Shuling Hsu came and shared with our class. She directs a program called “One Leads One,” which is a homonym for 101 (101 is also the nickname for Taiwan’s most famous building). The program is part of a decade-long plan to grow the Presbyterian Church in Taiwan (2010-2020). One Leads One is designed to encourage members to lead others to church. 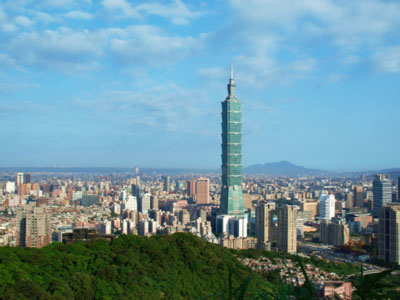 Taipei 101 from a distance.

Rev. Shuling began by offering her own testimony. She grew up in a rural area in a family without much money. Her father was the youngest of three brothers, and the older brothers had inherited the more valuable land. Her father, the youngest son, raised fruit and, while their life was happy, they were relatively poor. The highlights of her childhood were time with her family, going to church, and studying. In middle school, as she was preparing to test for high school, her father told her that they didn’t have the money for her to continue her studies. She was the oldest child, a daughter, and he hoped she might just leave school early and start working.

Rev. Schuling recounts crying and being deeply upset. For days, she was distraught. She made rational cases to her father: “If I can continue in school, I could be a nurse and make good money and help the family. First let me take the test, and then we can discuss whether we can find the funds.” Initially the situation seemed bleak, but Shuling’s relationship with her grandmother, her a-ma, was very close. While her grandfather had preferred her older uncles, her grandmother loved her and was able to get the funds to send her to school. Shuling tested into an excellent school and then went to college to study nursing.

In her last semester of school, she had a crisis of faith when her grandmother died. Although they had been close (even sharing a bed during Shuling’s high school years), she regretted that she’d never properly thanked her grandmother. She had wanted to take her grandmother on a trip after she graduated and had already begun earning money for that end. She was bitterly angry at God for taking her grandmother too early. Her pastor came to visit her and helped restore her faith. Although she had faced many struggles, she was hard working and her faith carried her along in subsequent years. She became a nurse, married, put her husband through seminary, raised children, and then herself attended seminary and became a pastor. (She was a student of mine when I first taught in Taiwan in 2005-2006.) In 2010, she took on the Presbyterian Church in Taiwan’s General Assembly’s work and became Director of the One Leads One program.

The point of her testimony, she said, is that faith is something we live out in our lives and that the church grows through the witness of its members to family and friends. She held up several examples in her own life: her father, who lived a simple life of faith, hard work and love for family; her grandmother, who showed her love so deeply to Shuling and others; and the pastor, who knew her struggle of faith and visited her. She said her grandmother had a delightful faith and had a gift for reaching out in her community. She would often invite children to the church to cook for them and to give them a safe place to play and study. The church struggles, Rev. Shuling believes, because ordinary Christians are often unable to share their faith or show the type of witness exemplified by her grandmother, her father, and her pastor. 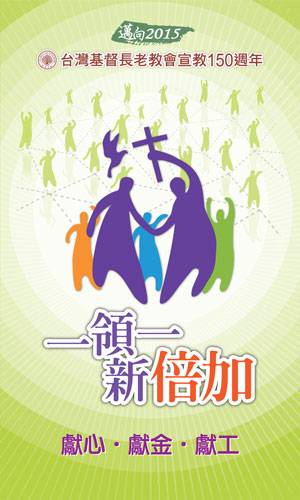 One Leads One campaign poster.

The Presbyterian Church of Taiwan, as part of this 101 movement, has developed resources to help people share their faith. They hand out prayer cards, teach mnemonic devices for sharing faith, and have posters and other resources to encourage the campaign in local churches. Rev. Shuling has edited a book on “holistic mission” that lifts up examples of outreach work churches are doing. The One Leads One movement echoes movements from an earlier age that were very successful. From the mid-1950s to the mid-1960s, a “Church Doubling Movement” took the church from around 60,000 members to almost 120,000 members. Growth over the last 50 years has been much slower but has included several more of these movements. As with the PC(USA), there is some anxiety about the future in a denomination that is aging. 101 hasn’t achieved the aggressive growth for which leaders hoped, but it has helped develop a language of faithfulness and some helpful tools for ordinary Christians.

The 101 movement has also been a bridge for relating to partner churches throughout the world. In the PC(USA), we have a 1001 New Worshiping Communities movement that has also tried to help churches and individuals to share their faith in the communities around them more directly. I’m really grateful for efforts like this because I believe that a core strength of the church is, to use an ancient word, its “catholicity.” We draw on our witness in many places to learn, to serve, to share, and to grow together.

We thank you for supporting us with your gifts and prayer. Please continue to support World Mission as it seeks to continue the deep partnerships that sustain and grow the church throughout the world.