One of our long-time partners, the National Farm Worker Ministry, accompanies and amplifies the campaigns and struggles of farmworker groups and unions around the US. The NFWM office is in Durham, NC and I serve on the large, working board of the Ministry made up of representatives from many denominations and orders. At every board meeting, we join in a farmworker action or visit with farmworkers, and during one August meeting, we set out in two vans driving east for hours. Finally, finally, we turned onto a dirt road off a two-lane county highway in southeastern NC – far from any towns or stores. 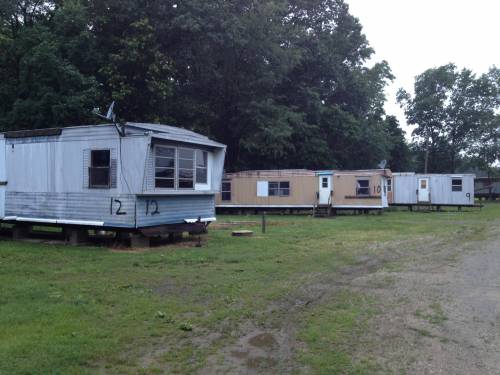 These trailers are the kind of housing found in many farmworker camps.

Tucked in a grove of tall scraggly trees was a tiny village of sorts. As our eyes adjusted to the shadows, people emerged from old trailers and shelters made from tin siding and scrap wood.

A couple of the men recognized staff from National Farm Worker Ministry and greeted them in Spanish. The group relaxed a bit and more men, women and children came over.  We conversed in small groups and I helped translate in our little circle as people introduced themselves, we explained who we were, and questions went back and forth about the crops they were harvesting and life in the migrant camp. Mostly we listened and heard horrifying stories of abuse, of insults and injuries.

We had brought rice, beans and salad for a shared dinner and they made fresh tortillas on metal grills. We shared a meal, some sitting, most standing, talking and laughing, and after dinner as the sun set, we formed a circle and prayed together. Many were moved to tears. The staff said they would be back later in the month to give rides to the clinic, and they wished us farewell and we them. 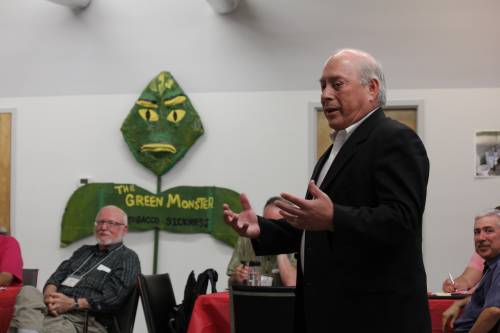 Another evening, we met at the Farm Labor Organizing Commitee’s office in Dudley, NC, and this is Baldemar Velasquez, the director, speaking to the NFWM board.

The Ministry values the relationships with farmworkers and many farmworkers know or know of them. The Ministry organizes volunteers to provide rides when farmworkers want to advocate in Raleigh for immigration reform and they activate their national network to support campaigns to stop exploitation or to win overtime pay for farmworkers. It is a holistic Ministry based in relationships and committed to acting in solidarity towards a vision of justice where all have life in its fullness. 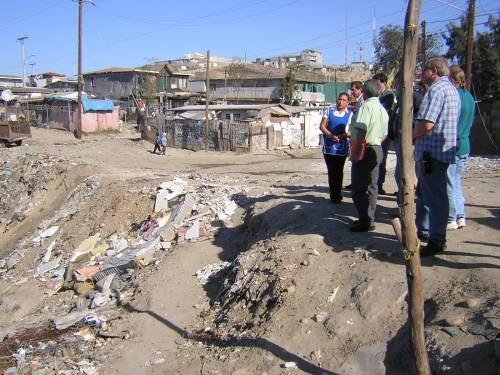 At a different NFWM board meeting, we traveled to Tijuana for a day to meet with day laborers and people living in neglected areas of the city. 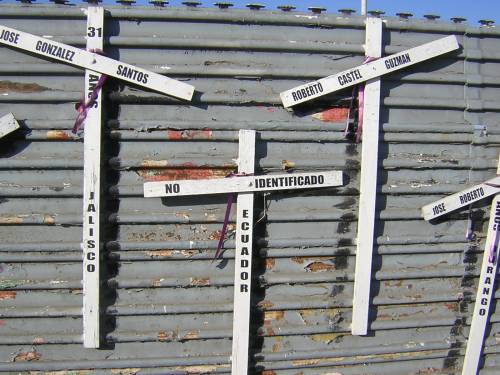 And we visited the border fence with crosses remembering the thousands of people who had died crossing the desert in attempts to get into the U.S. 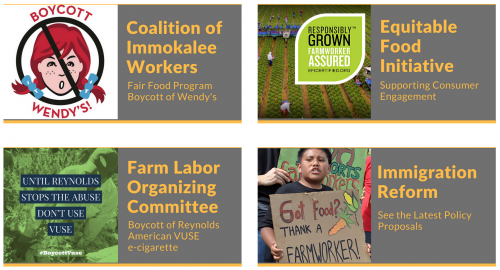 These are some of the current campaigns that NFWM is supporting in solidarity with farm workers and their families.
Learn more on NFWM’s newly revised website!