Make A Donation Click Here >
Home › Agroecology › How to Cool the Planet? 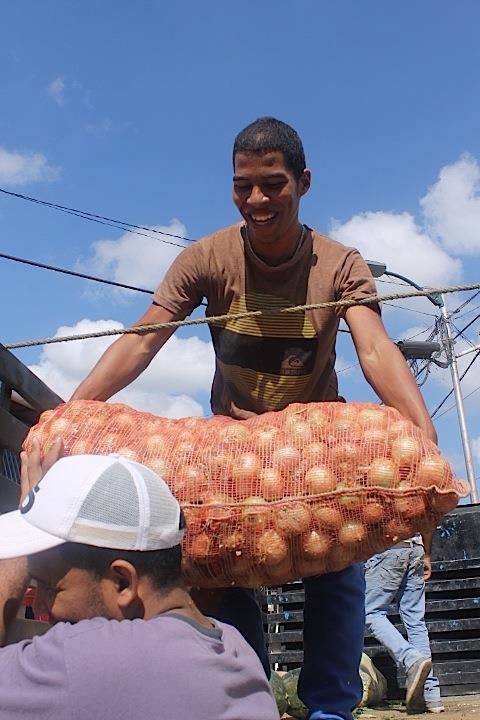 Agroecology is One Answer!

In a world where giant corporations largely shape our food choices and perpetuate a form of agriculture which depends on fossil fuels, synthetic fertilizers and pesticides and workers making poverty wages, family farmers and eaters alike are eager to shift towards a more equitable and eco-friendly food-farm system. Agroecology is at the heart of such a system.

Agroecology is planet-cooling sustainable and organic agriculture which takes the best of indigenous farming knowledge and practices and combines these with social and political approaches that lead to food sovereignty.

Farming systems using agroecology can even reduce the amount of carbon in the atmosphere by capturing it in the soil. This healthy soil also increases the nutritional content of the food. It’s healthier for the environment and for you. 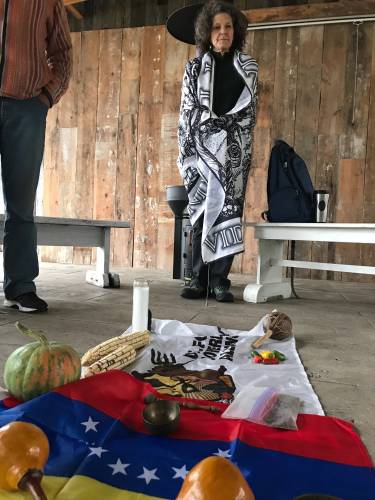 Lisa Griffith (National Family Farm Coalition) bundles up during the USFSA Agroecology mini-exchange at EarthDance Farm. We retreated to the farm house basement soon after this. A shout out to the Beehive Design Collective for keeping her warm!

The US Food Sovereignty Alliance (USFSA), a coalition of grassroots and grassroots support organizations advancing agroecology and democratizing of our food-farm systems, is supporting this shift. The Presbyterian Hunger Program (PHP) is one of the founding groups of the USFSA.

Just last month, PHP helped organize the Food Sovereignty Prize Ceremony in Ferguson, Missouri during the Food Week of Action. The Prize is awarded to groups that demonstrate the values and principles of food sovereignty through visionary initiatives to transform food production and distribution systems.

Hosted by the friendly and generous members of First Presbyterian Church – Ferguson, the ceremony brought in the international winners, Plan Pueblo a Pueblo, from Venezuela via teleconferencing magic and two representatives from Richmond, California-based Urban Tilth, the domestic winner.

[Livestream recording – but don’t ask why there is an Extinction Rebellion logo in the lower right corner for the entire video. It’s a mystery to all of us.]

Did I mention the taco bar?  Karen and others from First Presbyterian Church prepared a yummy dinner of tacos, chips, beans, chicken and all the wonderful and spicy toppings. Thank you so much! 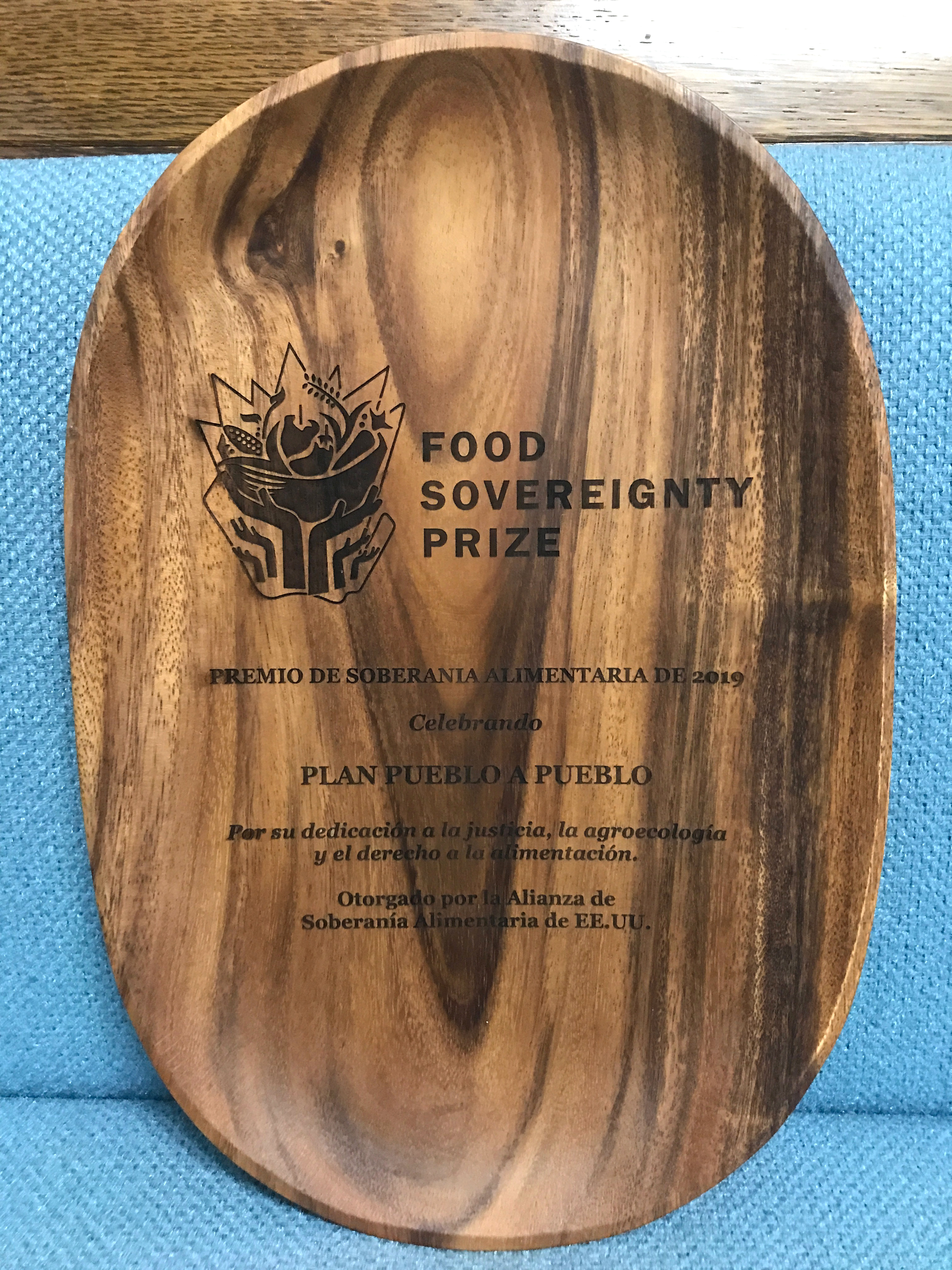 The international winner of the 2019 Food Sovereignty Prize is Plan Pueblo a Pueblo of Venezuela. PPP started in 2015 by establishing a network to bridge rural-urban divides in Venezuela.

The grassroots-driven Plan has created an alternative to profit-driven agribusiness that relies on imported food and seeds, the intense use of chemical inputs, and intermediary buyers. The result is a mutually beneficial system defined by solidarity, equity, democratic decision-making, the promotion of organic agricultural practices, as well as the recovery of native seed varieties. 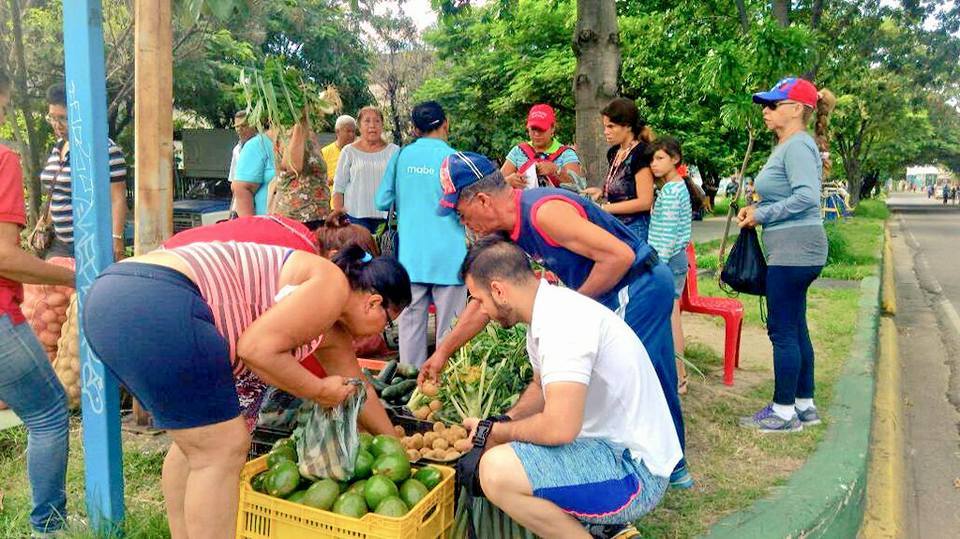 Urban Tilth started ten years prior to PPP in 2005 with the mission of building more sustainable, just, and healthy food systems in West Contra Coast County, California. In addition to coordinating two school gardens, the organization operates five community gardens and small urban farms for growing and distributing thousands of pounds of culturally-appropriate produce each year. 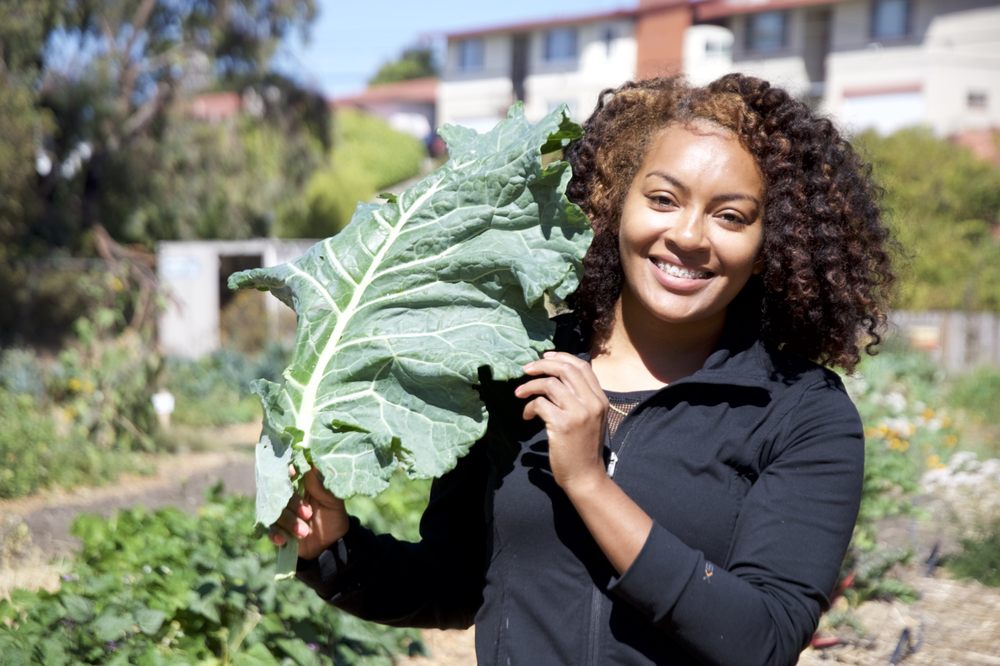 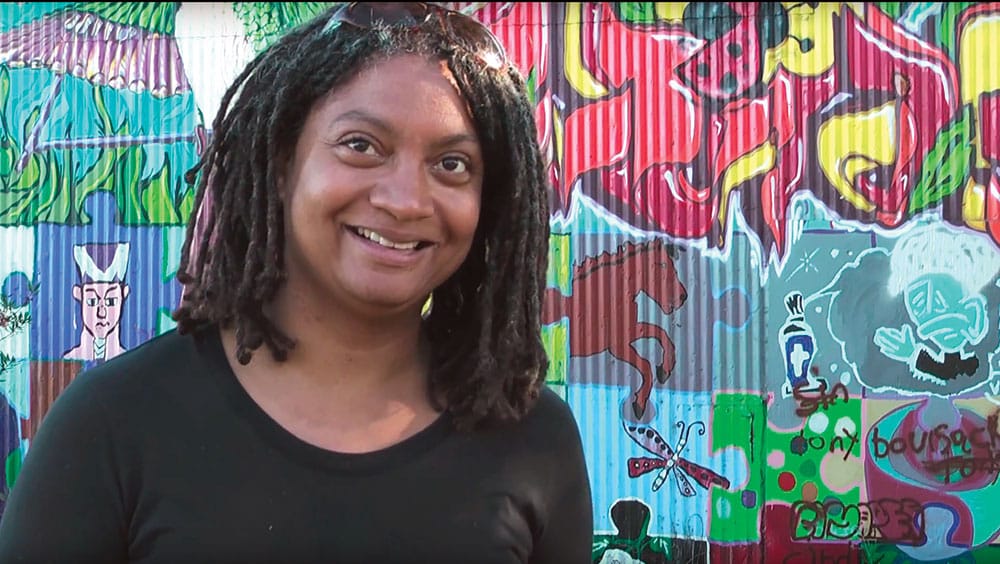 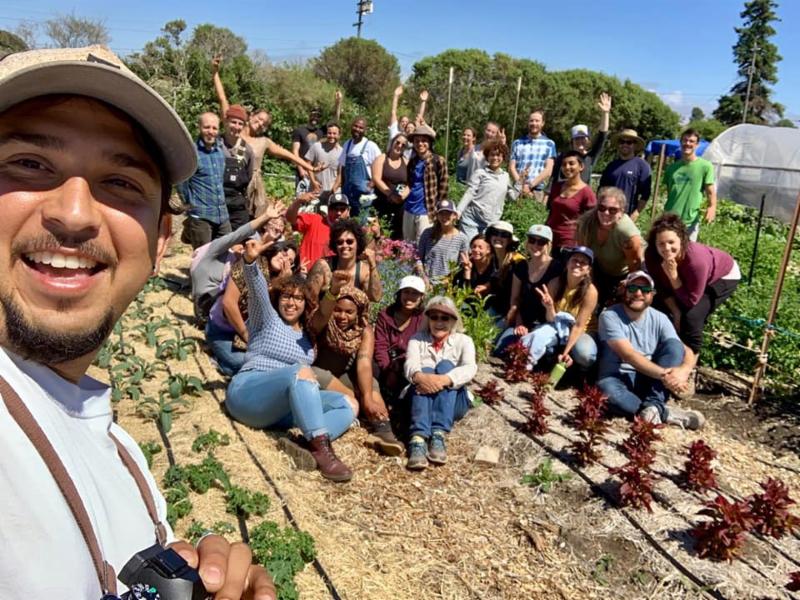 The Community Supported Agriculture (CSA) of Urban Tilth supplies ten-pound boxes of fresh produce to local eaters every week throughout the year. The CSA provides affordable, seasonal food grown by the organization and procured through partner distributors. They also sell their pesticide-free produce at a weekly farm stand. As a co-founder of the Richmond Food Policy Council, Urban Tilth strives for legislative reform that ensures the viability of the regional agri-food economy and serves the interests of all local residents. Guaranteeing healthy food in public schools has been a priority as well as popular education on the importance of fresh fruits and vegetables for a well-balanced diet.  (Thanks to Tyler Short for much of the narrative on the groups!) 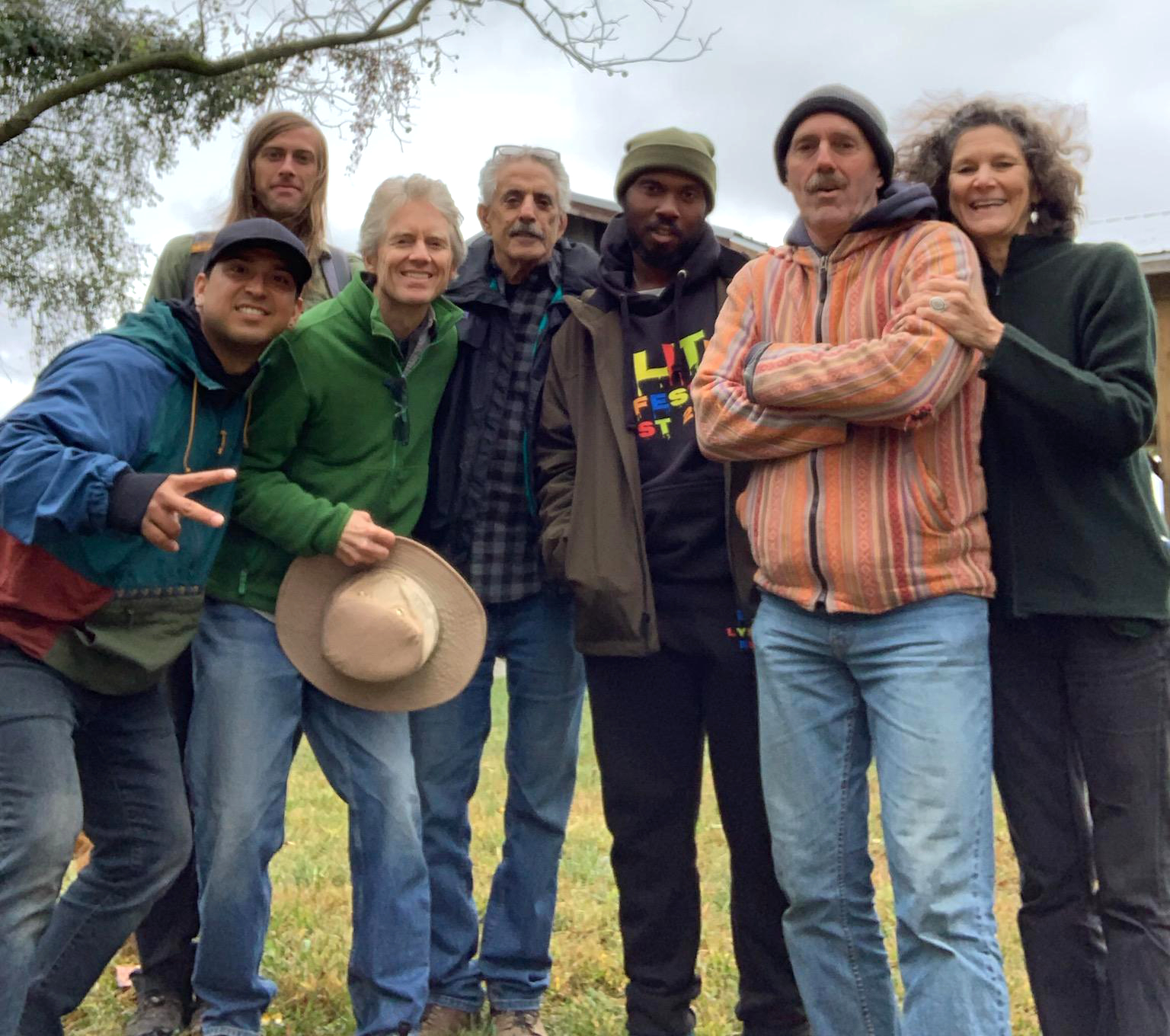 This was the 11th Food Sovereignty Prize, which is awarded every year around the date of World Food Day (Oct. 16). The prize is an alternative to the World Food Prize.

We camped out and had a great Food Sovereignty/Agroecology conversation circle the next morning at the amazing EarthDance Farm, an organic teaching farm in Ferguson. They were awesome hosts!

And here are some photos I took at EarthDance Farm… 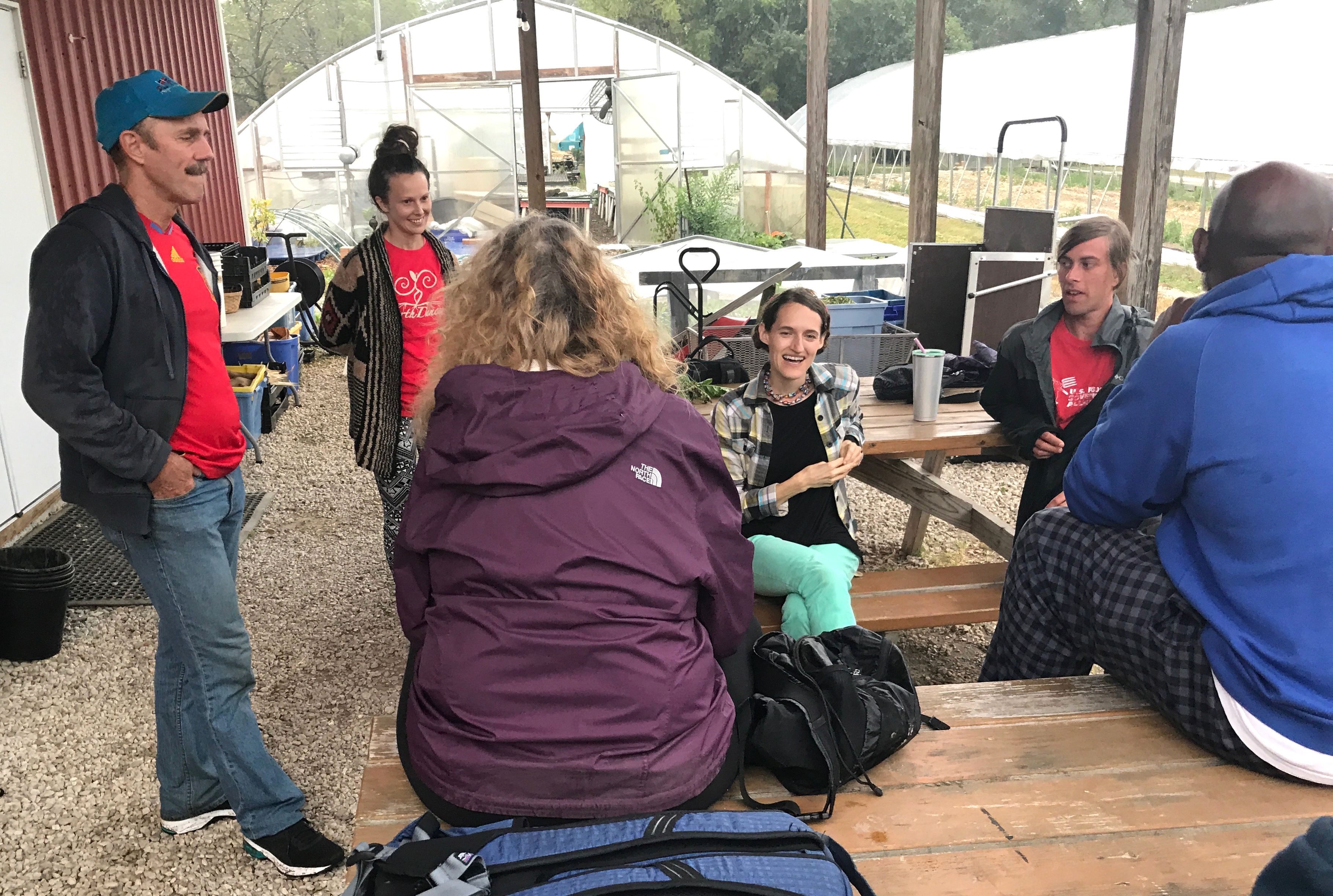 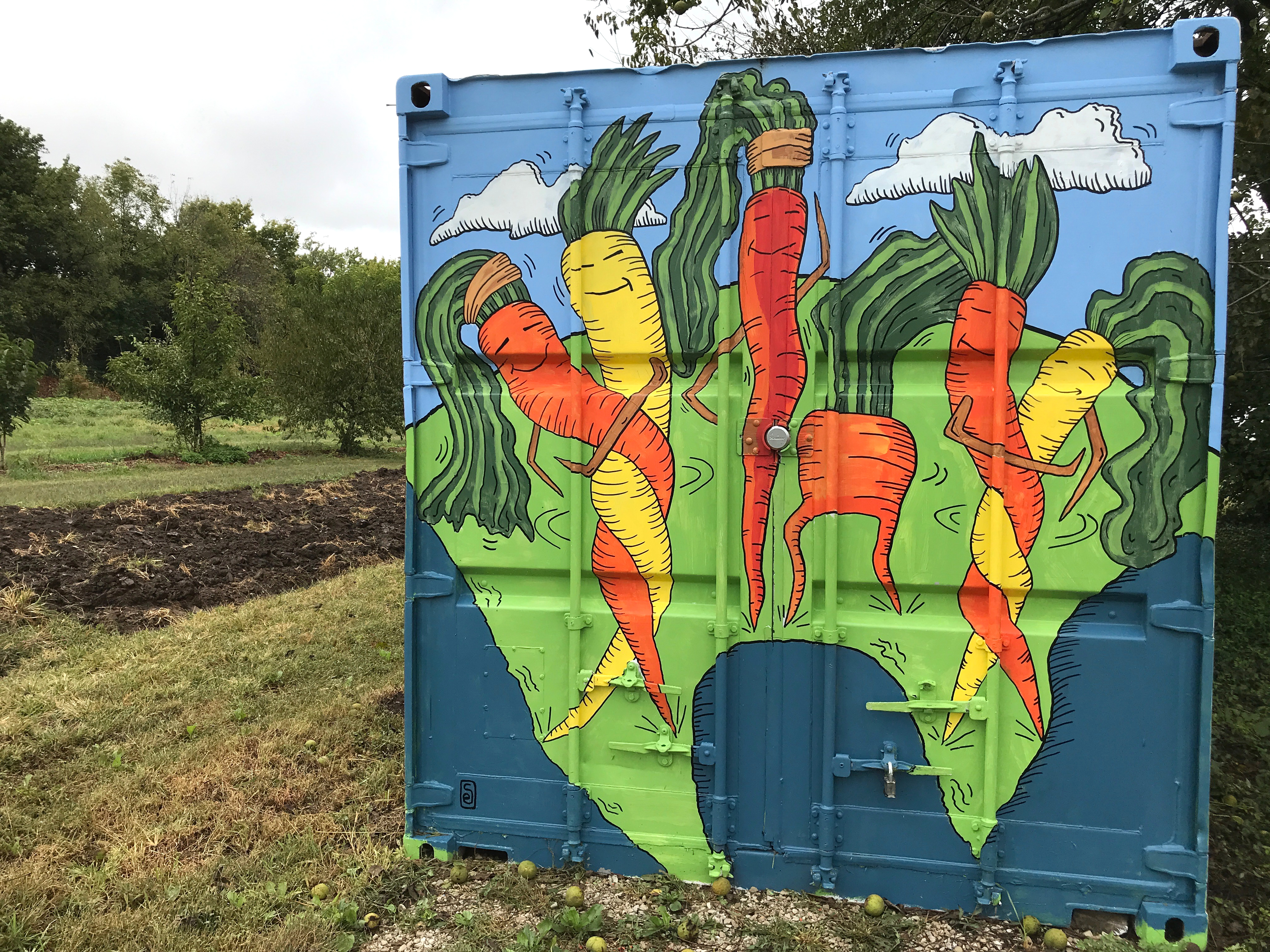 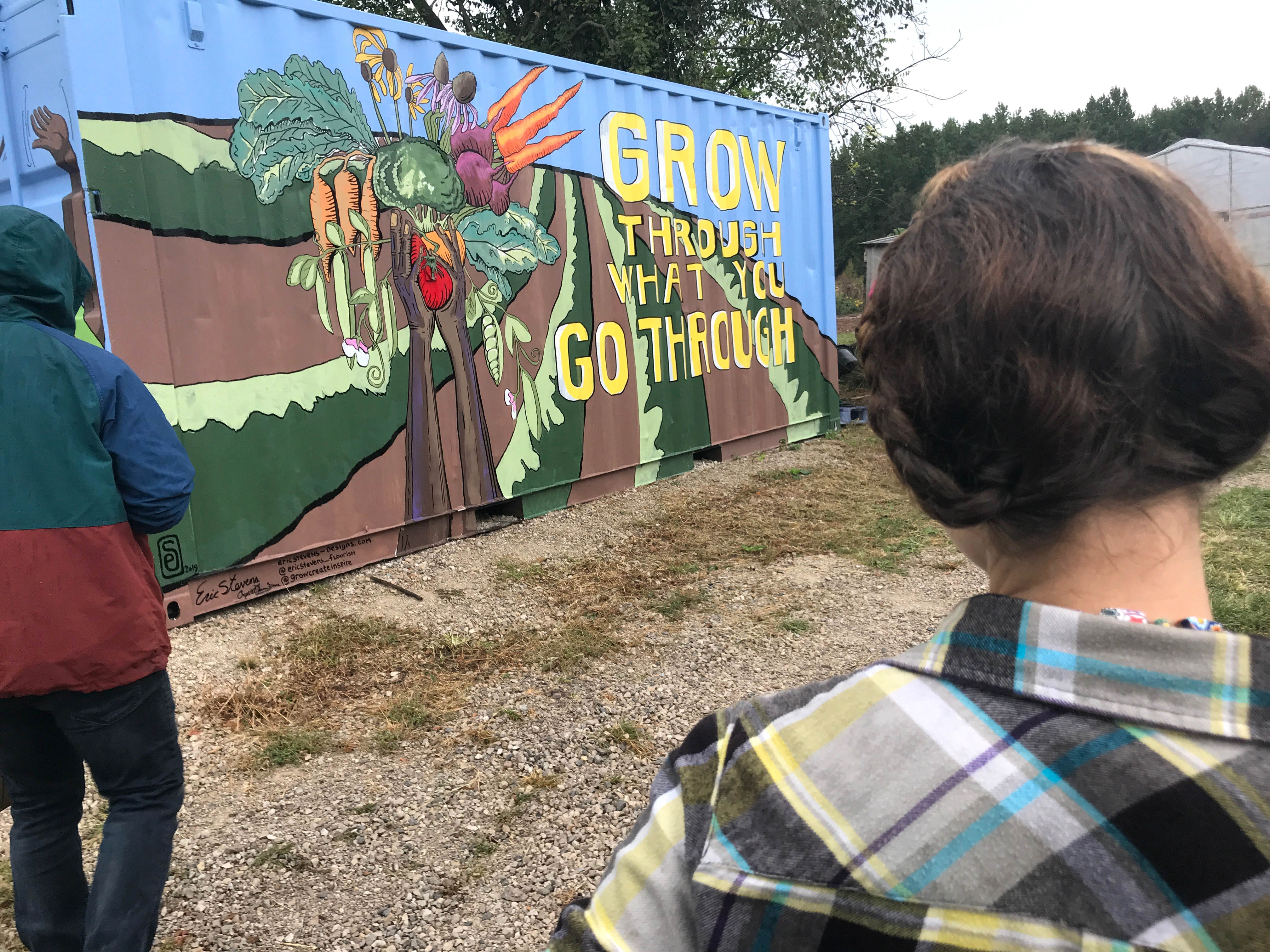 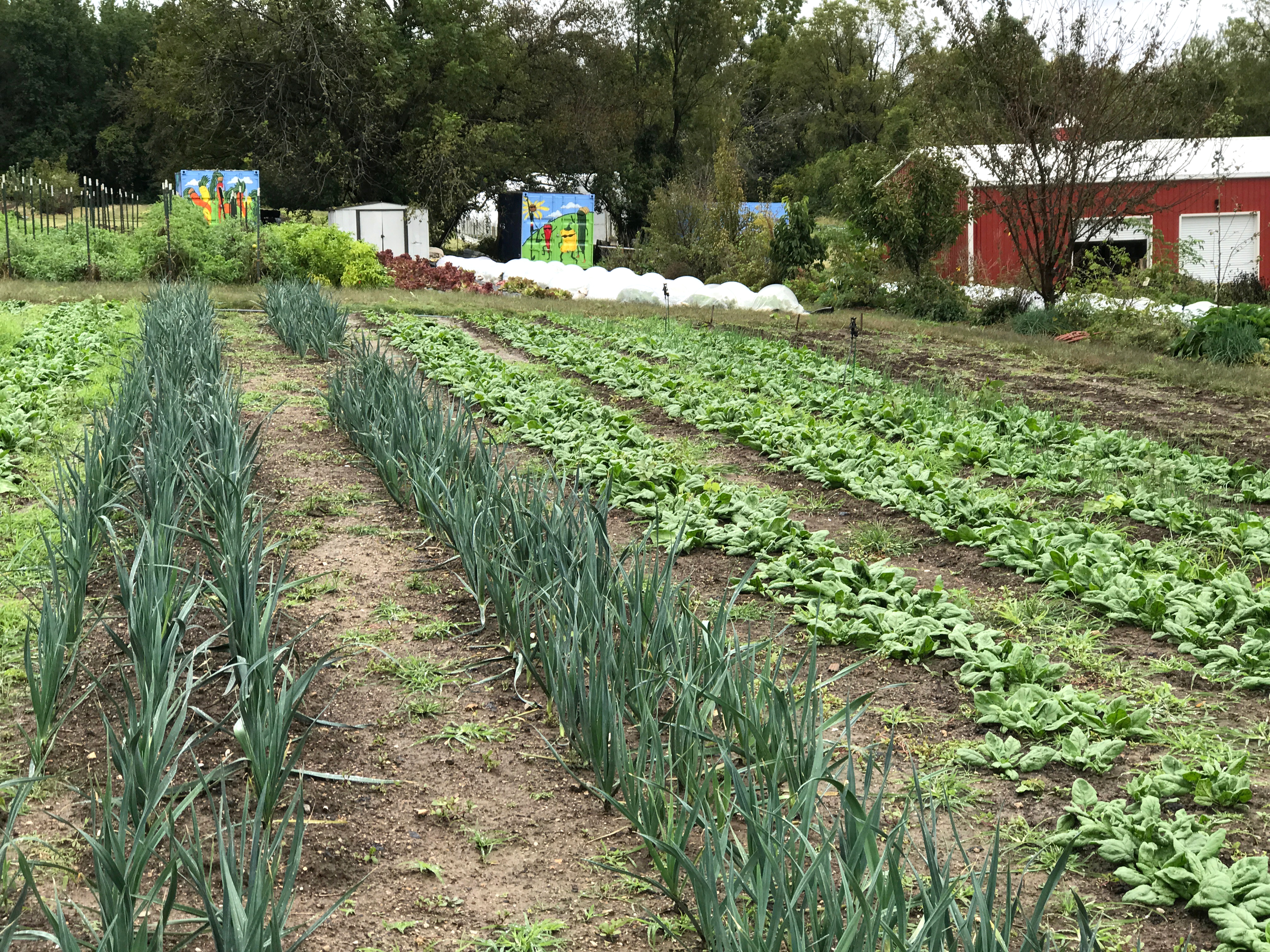 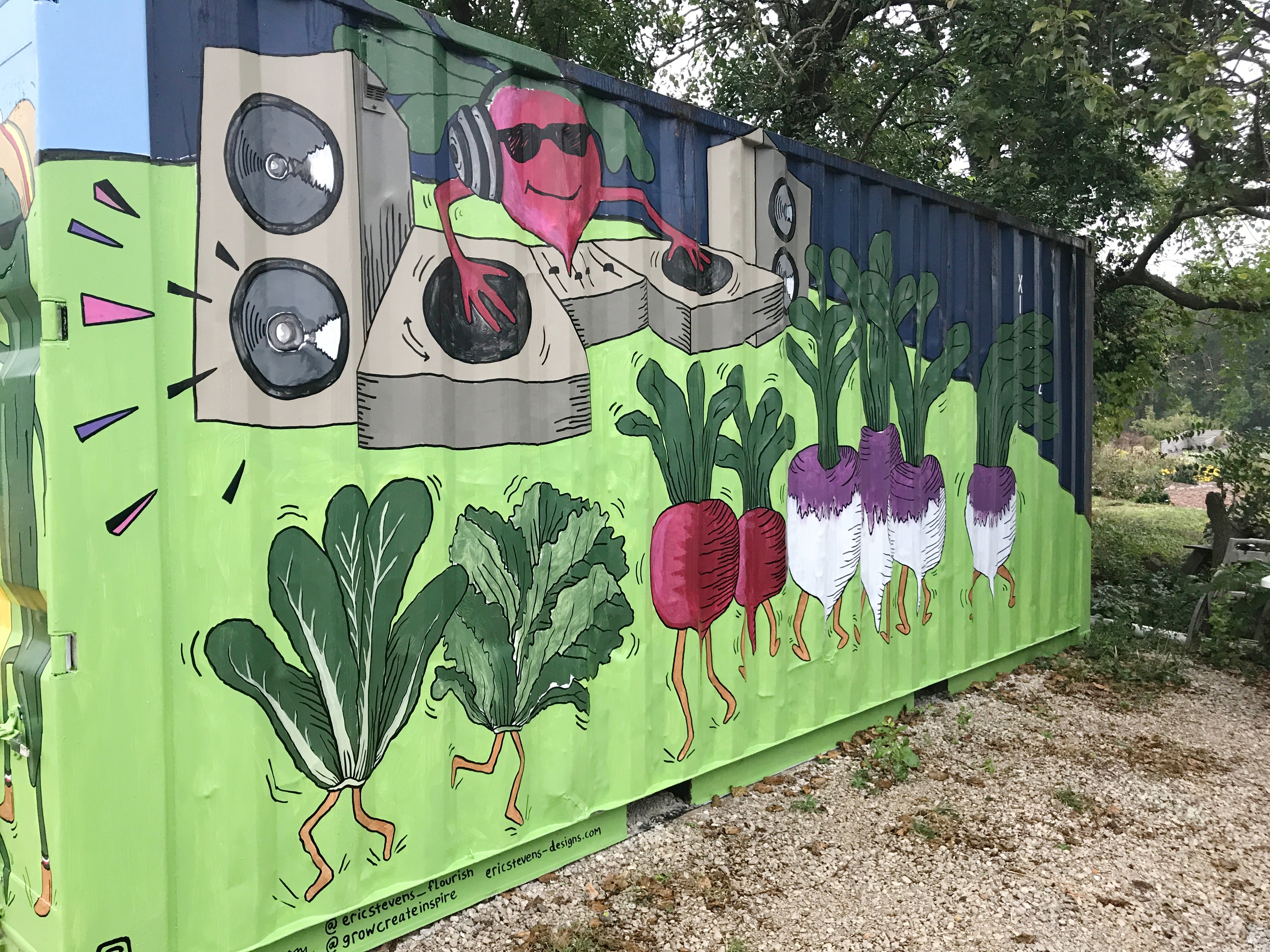 The United Nations’ Committee on World Food Security met in Rome last week. Farmers, Indigenous Peoples, and grassroots and civil society groups now have an unprecedented voice – realized through the Civil Society and Indigenous Peoples’ Mechanism (CSM) – in deliberations about hunger, food production and sustainable development. With the influence of these CSM voices, the power and promise of agroecology was finally highlighted in those debates. [See “Rome Summit Takes Bold Step Toward Agroecology.”] Leaders endorsed agroecology as one of the cutting-edge innovations we need to help small-scale farmers adapt to climate change.

In the article, Timothy Wise explains:

The growing global interest in agroecology comes in response to the widespread failures of input-intensive programs like the Gates-inspired Alliance for a Green Revolution in Africa (AGRA). Fed by heavy doses of government subsidies for commercial seeds and synthetic fertilizers, AGRA has promoted monocultures of a few staple crops, decreased crop and diet diversity, undermined soil fertility, and produced disappointing gains in productivity and farmer incomes. Global Hunger Index scores remained in the “serious” to “alarming” category for 12 of the 13 AGRA countries.”

The Intergovernmental Panel on Climate Change, in its influential report on “Climate Change and Land,” echoed the urgent need for change and the direction that change should take: “[I]ncreasing the resilience of the food system through agroecology and diversification is an effective way to achieve climate change adaptation….”

Fortunately, in Rome government leaders were forward-looking. Many recognized that business as usual, in the face of climate change, is not an option. They moved beyond the failed policies of the present, endorsing agroecology as the kind of innovation farmers need to adapt to a rapidly changing climate.

The CFS next year will take up the challenge of translating this visionary report into practical policies.

[Listen also to Kirtana Chandrasekaran, Coordinator of the Food Sovereignty program at Friends of the Earth International, who evaluated the session in an interview with Real World Radio.]

Patti Naylor, an Iowan farmer, was representing the US Food Sovereignty Alliance in Rome as the US representative to the Civil Society Mechanism, and wrote about how these global issues translate to farming in the Midwest. Read her excellent account from the Des Moines Register entitled, “Reform Failing Agribusiness Model Through Agroecology.” 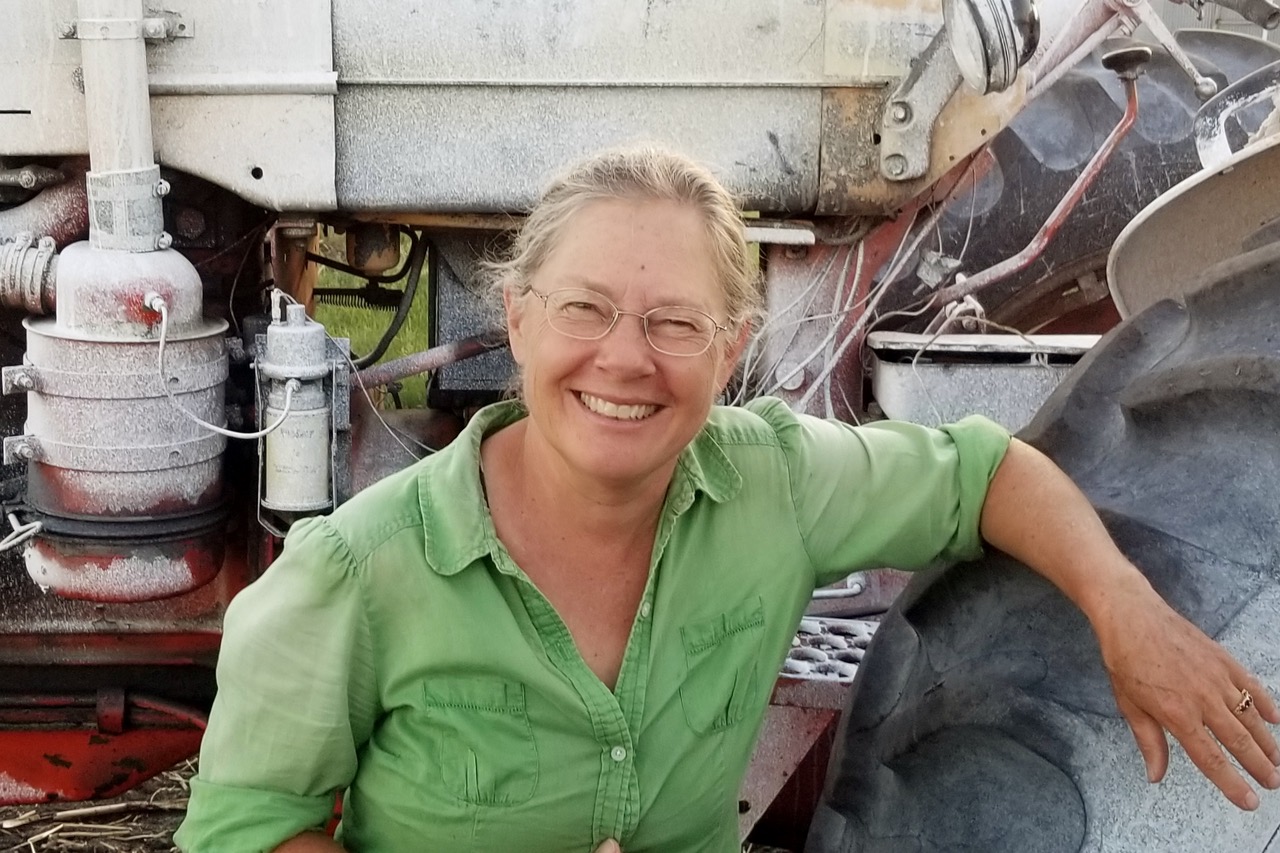 Patti Naylor on her farm in Iowa. They have recently finished transitioning their corn and soybeans farm to all organic!

Naylor concludes in the article:

Agribusiness claims to “feed the world” but in reality, family farmers feed ourselves and our communities. We stand with farmers and peasants in the global agroecology movement, and call on the state of Iowa, which funds the World Food Prize, to stand with us too.

Forests are another answer!

Winding our way from Ferguson back towards Louisville, the Presbyterian Hunger Program also participated in a unique gathering of 230+ people for the North American Forest and Climate Movement Convergence held on the grounds of the Shawnee National Forest in southern Illinois. USFSA member group Sustainable Agriculture of Louisville and PHP’s grantee partner Little Village Environmental Justice Organization also sent representatives.

USFSA helped sponsor the gathering along with USFSA member groups Family Farm Defenders and Rural Coalition. The Indigenous Environmental Network was one of the main organizers, which translated into the presence a large number of Indigenous People from around the country. 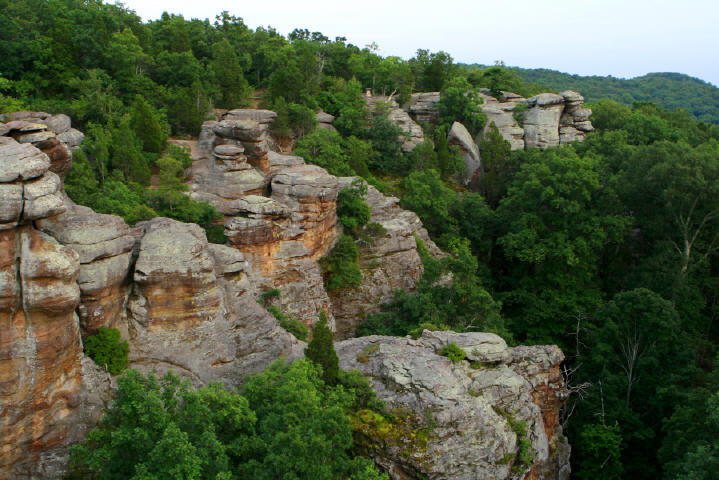 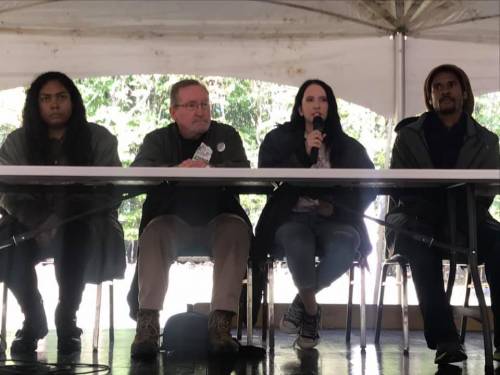 Opening panel on first full day of the Convergence 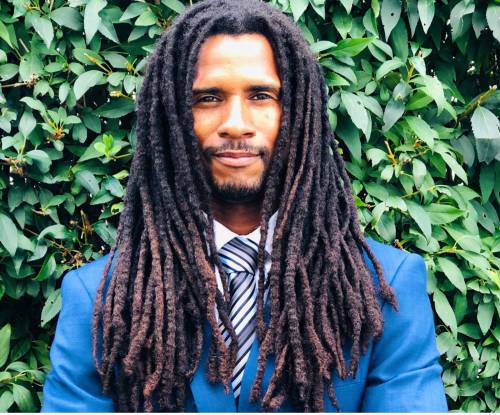 Mike Africa Jr. was a presenter who also performed some fabulous hip hop music in the evening. ‘Spread Love’ was a hit with everyone that wanted to dance! 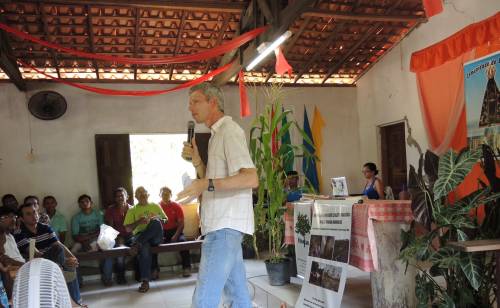 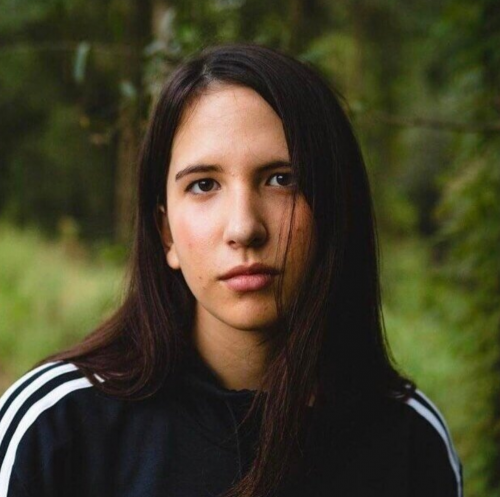 Jayden Foytlin was one of the presenters. She is a 16-yr-old climate justice activist and two time flood survivor from Deep South Louisiana. She is currently one of 21 plaintiffs involved in a landmark case suing the US government for its contribution to climate change and climate disaster.

“This is not a conference,” was echoed in communications about the convergence and this was reflected in the lead-up to the gathering and the format. The overall goal was to: 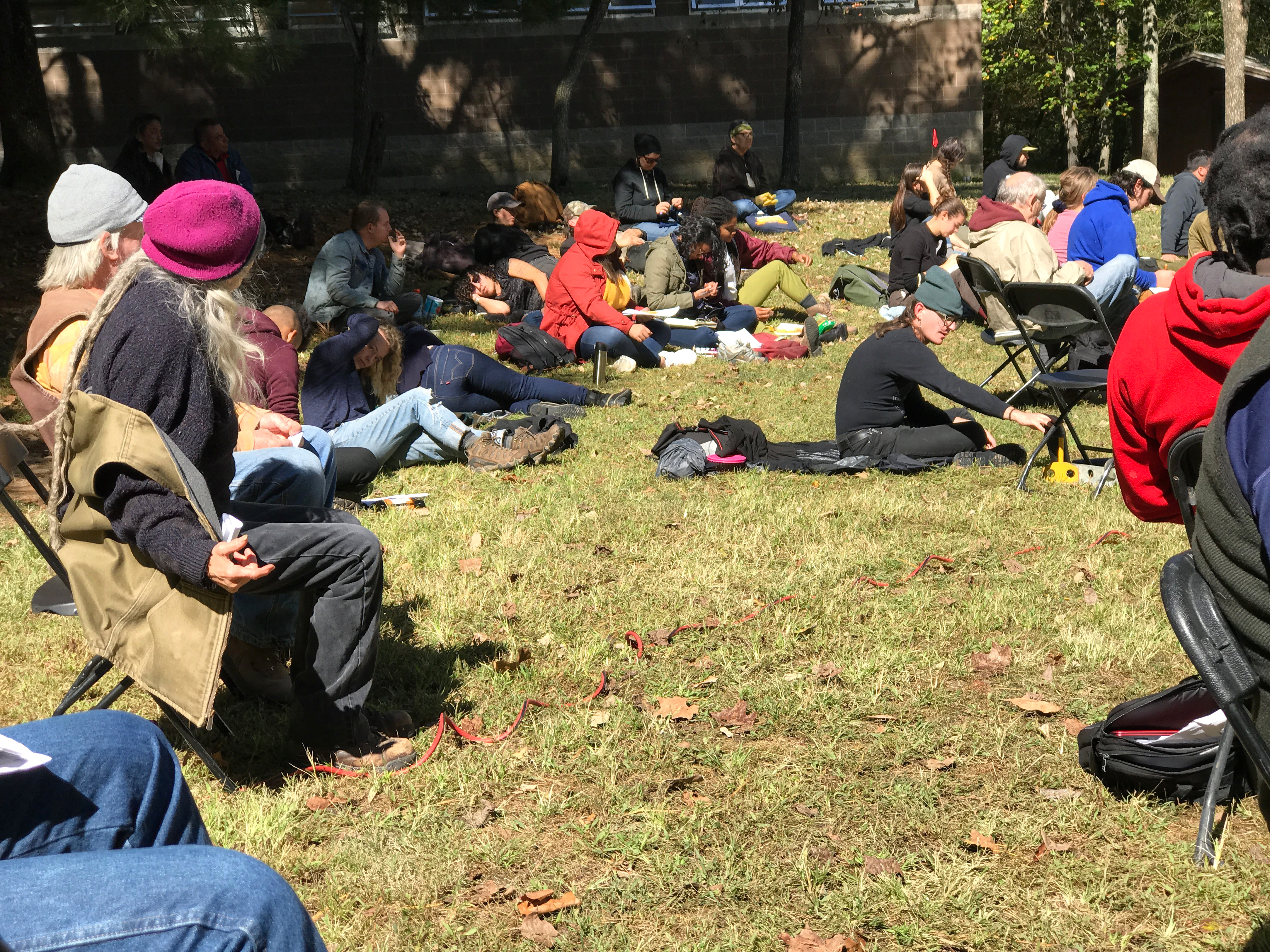 Accordingly, many attendees participated in conference calls touching on the deep interconnections of forests and climate change.

A further goal was to better understand the interconnection of forests to broader global issues:

These pre-convergence calls were organized by themes – dubbed Strategic Action Sessions (SAS) –  and much of the conversations and strategy building took place in those groupings. The ‘Food Sovereignty, Food Access & Poverty’ SAS that I participated in was one of the largest circles. 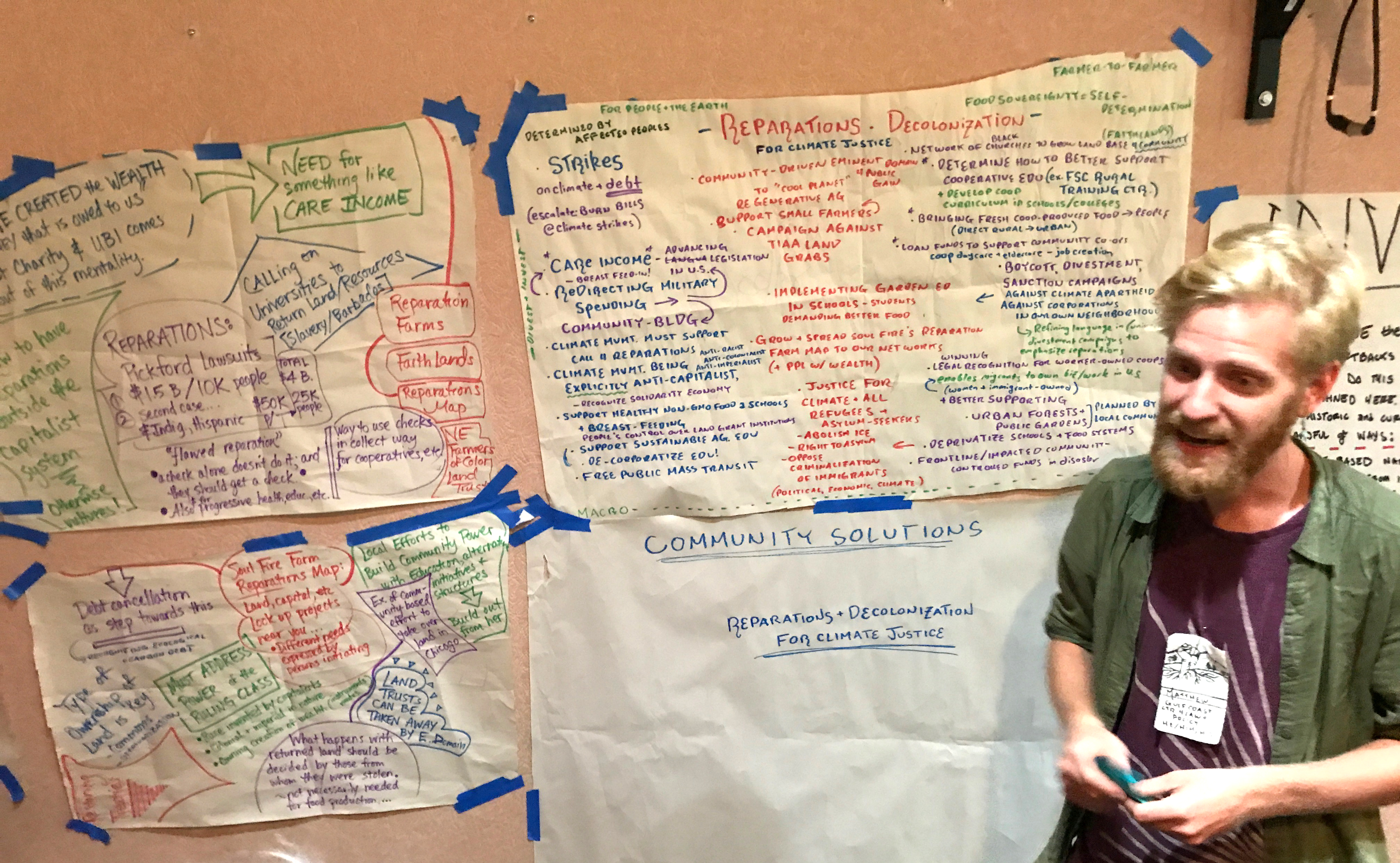 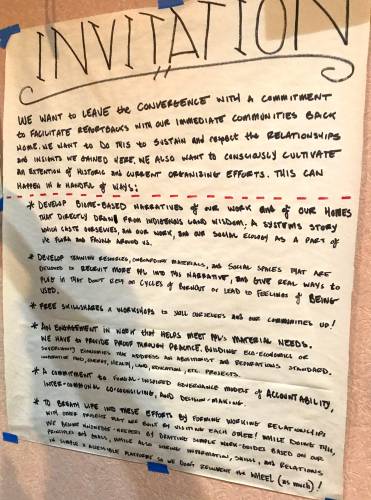 One effective methodology used to share the rich analysis and strategies coming out of each of the SAS was called Liberation Café, where a small group would gather around the SAS presenter(s) to hear about the findings, ask questions, and offer comments. Then each group moved around the big circle to hear other SAS presentations.

Camping and cabin dwelling surrounded by deep forests and eating delicious healthy, mostly local food, along with campfires and rituals late into the nights all made for the perfect environment. While arboreal biochemicals wafted down from the trees to calm and heal us, the beauty and the passion of the participants implored us individually and collectively to look to nature, to Indigenous Peoples, to the young, and to each other for clues on how to change our lives and collectively move forward to regenerate and repair the damage we are doing to God’s good creation. 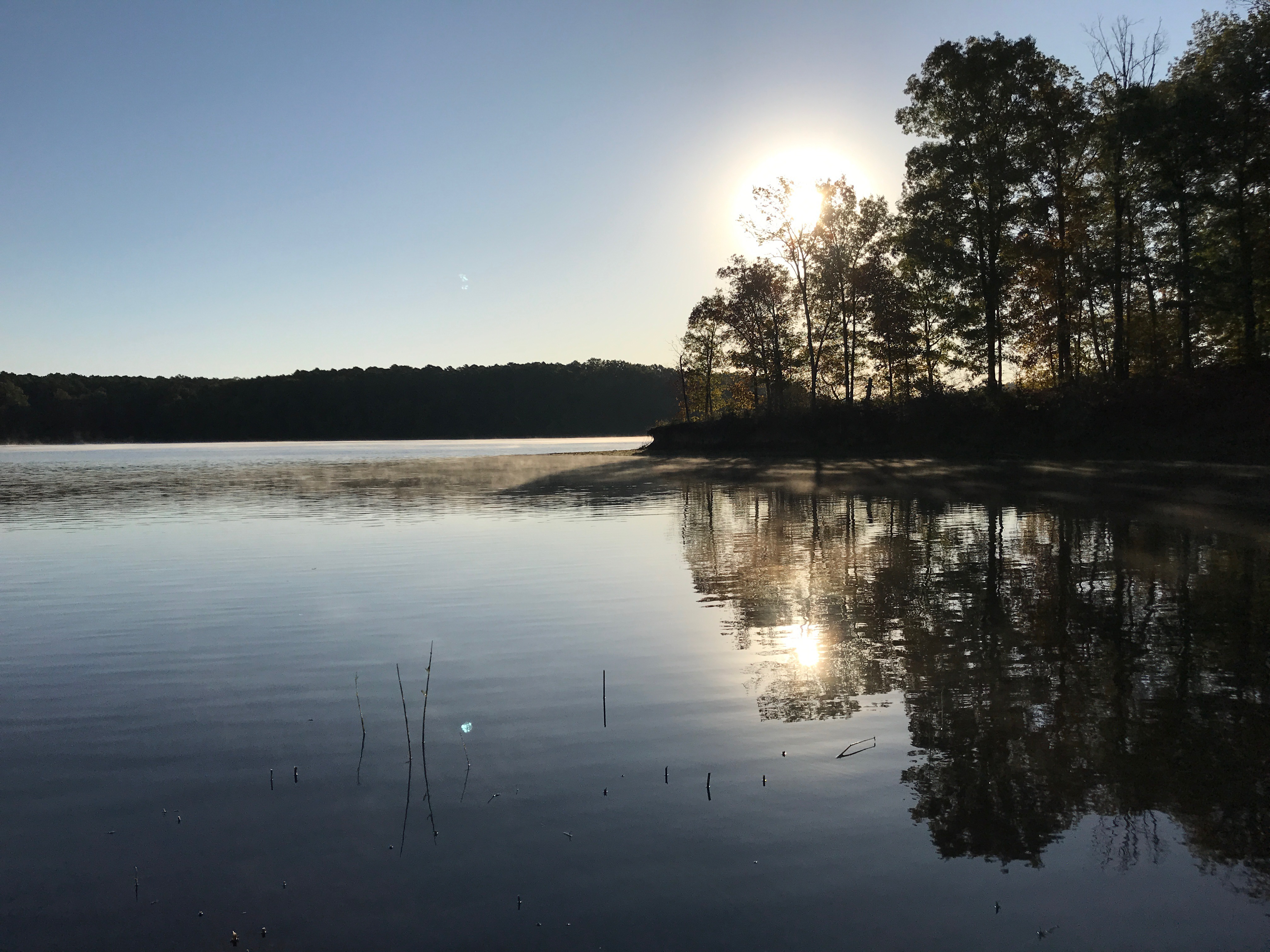 Take the Climate Care Challenge and contact php@pcusa.org if you’d like to learn more and/or support our climate justice and food sovereignty work. 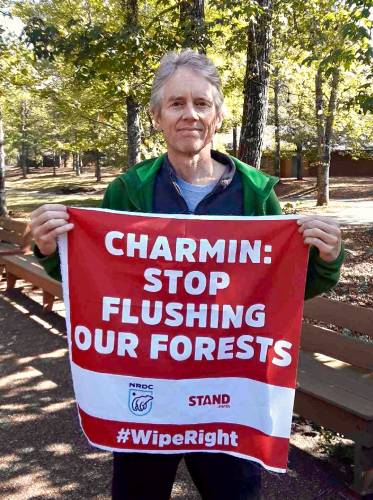 STAND.earth and NRDC have a campaign pushing for Charmin to stop using old growth trees to make toilet paper. 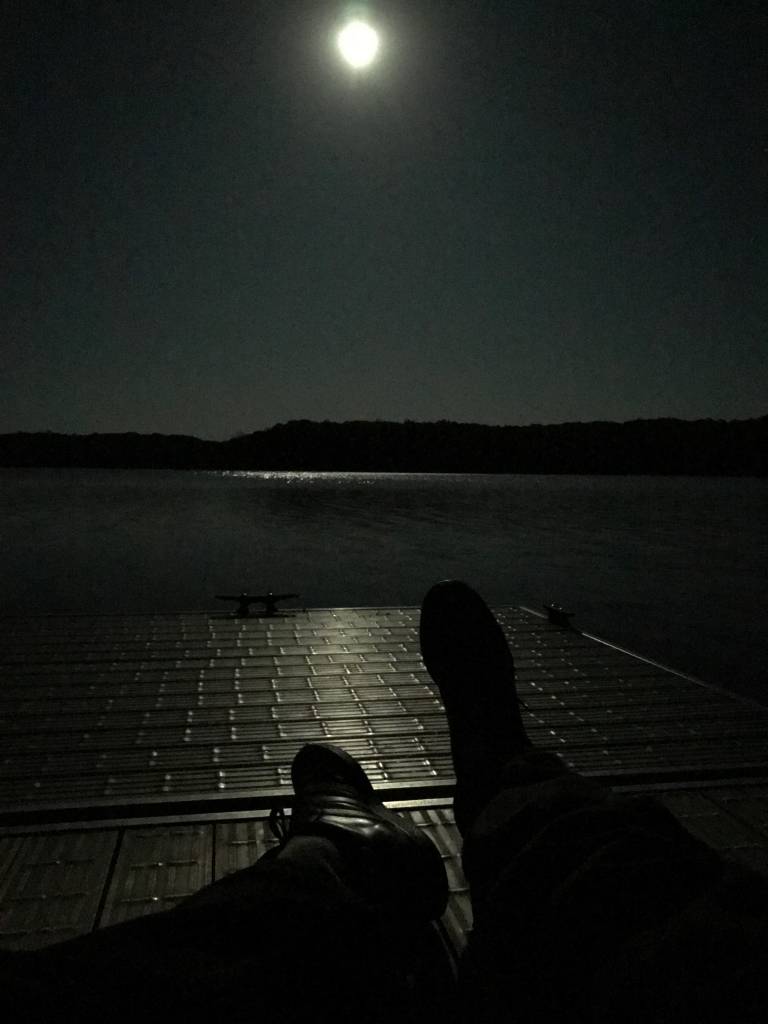 Metal dock and Samba shoes pick up light of sun reflected off of the full moon over lake.

Revival of natural farming in Puerto Rico
Much hope for a Green Future!


One Response to “How to Cool the Planet?”